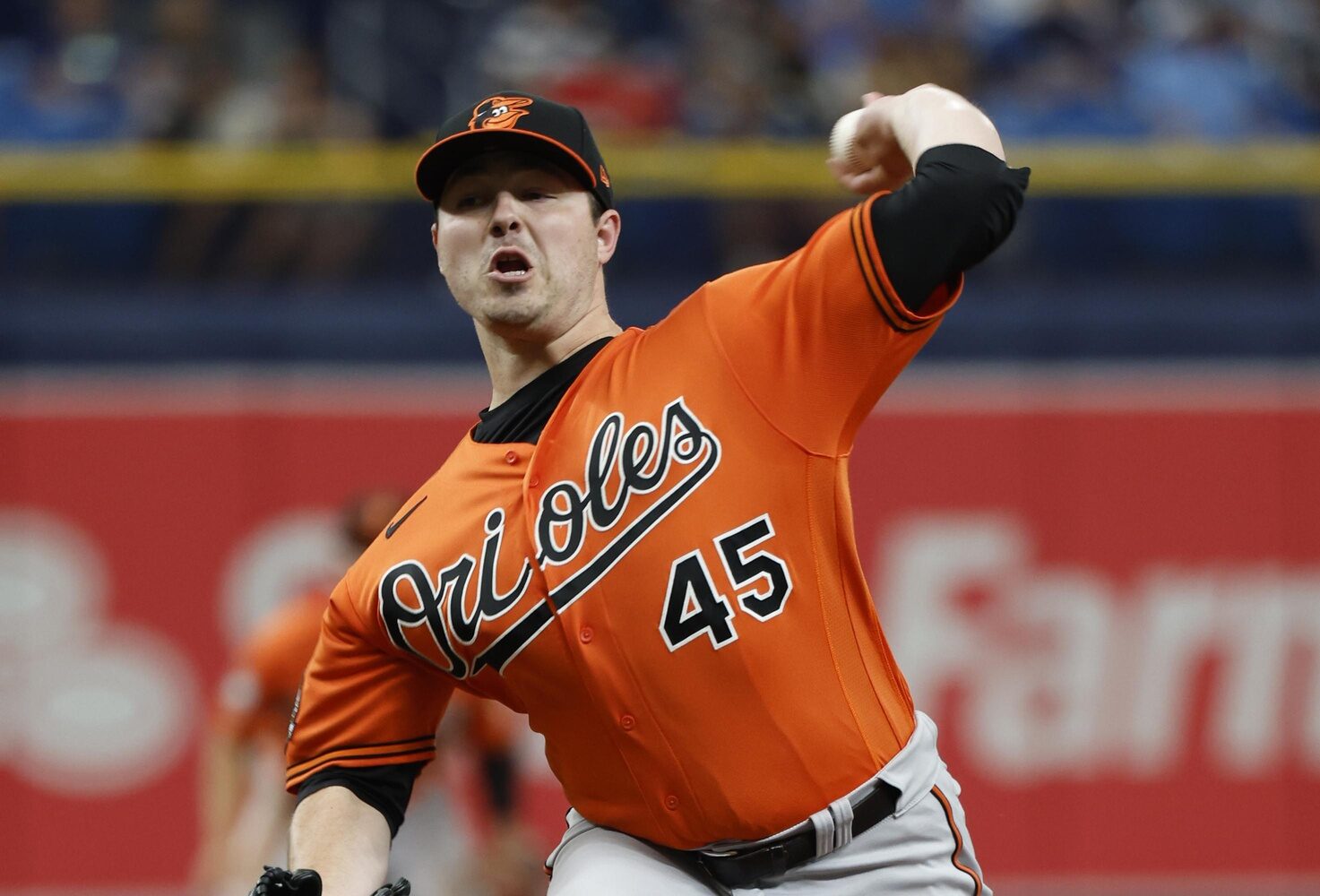 ST. PETERSBURG, Florida—When the Orioles signed free-agent pitcher Jordan Lyles, they hoped that he’d give them quality starts and length.

On Saturday, Lyles was able to hang in for five innings, but he allowed five runs on seven hits as the Orioles lost to the Tampa Bay Rays, 5-3, before an announced crowd of 15,615 at Tropicana Field. It was the second straight loss for the Orioles (0-2), whose early offense came on a two-run home run by Ryan Mountcastle in the third inning that temporarily cut their deficit to 3-2.

After Brandon Lowe walked, Wander Franco hit a sacrifice fly to score Kiermaier, and the Rays (3-0) led 3-0 in an inning in which Lyles threw 34 pitches.

“A lot of long at-bats,” Lyles said. “I’ll try and bounce back and get the breaking ball in the zone.”

“He’s leaving some pitches up there,” manager Brandon Hyde said. “I thought we played pretty solid defensively behind him. I thought the middle of the order got to him on some pitches that were up, but he did get through five.”

Mejia hit a two-run home run in the third to boost Tampa Bay’s lead to 5-2.

“Hyder wanted to go to the bullpen after four,” Lyles said. “Convinced him not to, and then we got a quick fifth. I wanted to go back out there again. He shut it down.

“I’m glad we got at least five so the bullpen didn’t have to carry four. Later on in the season, I’m going to dig out a couple more innings here and there. That’s what I like to do, especially with a young staff around me. Bullpen-wise, starting rotation-wise, I want to keep that bullpen as fresh as possible. I look forward doing that later in the year.”

Lyles, who walked three and struck out two, had baserunners in each of his five innings.

“Tough lineup to pitch against, eight left-handers in the lineup against him,” Hyde said. “He wasn’t as sharp today as he can be.”

“Keegan Akin was the highlight of the day today, giving us three really good innings out of the bullpen,” Hyde said. “That’s the best stuff I’ve seen him have since he’s been here.

“That’s what we’ve been preaching to him, and the rest of the guys, to trust your stuff, be in the strike zone. I thought his offspeed stuff really played today, a lot of lefties had some bad swings on breaking balls, so I hope that’s a step in the right direction for Keegan.”

Akin could be the starter for the Orioles’ fifth game on Tuesday night, but he might prefer to come out of the bullpen.

“Coming into the game, down by three runs, you’ve got to keep the ballgame there and hope that the offense can pull through at the end and get us some runs,” Akin said.

The Orioles, who scored only on Anthony Santander’s home run in Friday’s opener, didn’t get a runner to third base after Mountcastle’s home run.

Josh Fleming (1-0) allowed three singles in 3 2/3 innings. Santander and Urías singled in the sixth, but Austin Hays grounded back to Fleming to end the inning.

Urías led off the ninth with a ground-rule double against Andrew Kittredge and scored on another one by Jorge Mateo. DJ Stewart, who was pinch-hitting for catcher Robinson Chirinos, struck out to end the game.

The Orioles have lost 14 straight against Tampa Bay and have dropped 20 of 21 against them. They’ve struck out 24 times in their first two games, equaling their club record.

“I think we’re facing some really good pitching,” Hyde said. “We come here all the time. These guys have great arms. They have good starting pitching. They can match up with you out of the bullpen … It’s a tough place to start because the pitching is really good, and it’s been good here for a long time, and that’s why they’ve won.

“Hopefully, we can get going. We have some guys off to a slow start. That’s not abnormal, but it’s a long year and a long way to go.”

Notes: The Orioles have dropped their first two games of the season for the first time since 2010. … Tyler Wells will start against Corey Kluber on Sunday at 1:10 p.m.