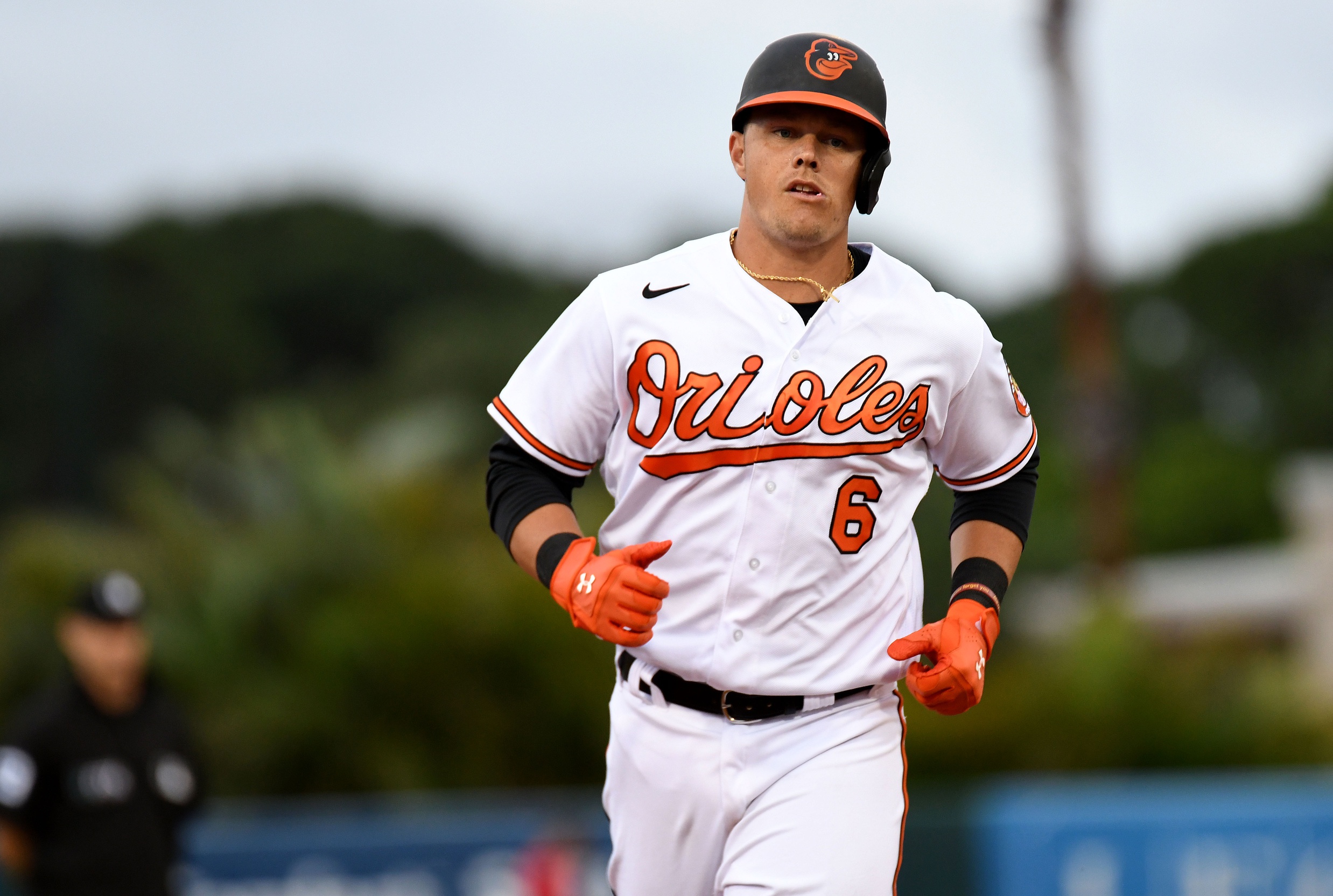 It’s time for our monthly mailbag, and we’ve gotten lots of excellent questions. I’ll answer some today and some more on Sunday. Questions are edited for length and clarity.

Question: Can you provide a rundown of which players have options left and which ones don’t?-From: V/R via email

Answer: The biggest surprise is pitcher Félix Bautista. Before last season, he hadn’t played above Low-A, and he had bouts of wildness this spring, but he has great strikeout numbers.

Question: How many Oriole players are vaccinated, and if there are some unvaccinated, what is the plan when they travel to Toronto or New York. Is vaccination mandatory? From: @elromanolo

Answer: General manager Mike Elias said that the Orioles have a small number of unvaccinated players. Vaccination is not mandatory. Unvaccinated players may not travel to Canada and won’t be paid or receive service time during games in Toronto. New York recently dropped its vaccination mandate.

Question: Are players such as Alexander Wells, Bruce Zimmerman and DJ Stewart on a much shorter leash this year with how many guys are in Triple-A who can take their spots? From: @MDSportsChat

Answer: Wells, Zimmermann, Stewart and others are on a shorter leash because the organization is more talented. Elias alluded to this on Monday, saying that some young pitchers need to step up because the team will have to look at others if they don’t perform.

Question: Where is pitcher DL Hall? From: John Offerman via email

Answer: John, Hall is in Sarasota. He’s on the development list, which is a new designation for this year, allowing some players to stay at spring training sites to build themselves up for the season.

Question: Where is catcher Adley Rutschman?  I mean, is he on the injured list?  Or is he now on the Tides?  I’m confused as to where he is placed … I assume that a player has to be somewhere. I apologize for my ignorance. From: Patrick Fleitz via email

Question: How could the Orioles even consider a reunion with pitcher Matt Harvey? Isn’t he facing a suspension? What kind of message does that send to the fan base, especially the young? From: Rivka Meiselman via email

Answer: Rivka wrote this before the signing was made official. I am baffled by the Harvey signing. If he’s suspended for two months, as has been speculated, that would mean he couldn’t pitch for the Orioles until at least mid-June. His testimony at the Eric Kay trial was troubling, and I think the Orioles could have found an inexpensive veteran starter without his baggage.

Question: Hey, Rich, this was more of a question to me last year, but still has me wondering. Was there ever any discussion or thought of trying Ryan Mountcastle at second base? He was drafted as a shortstop, then moved around to third base and left field  in the minors. We heard the main concern was a lack of arm strength. To me, he could handle second even with fringy arm strength. It looks like he will hit enough to be a valuable first baseman, but I would think he could provide the team with some added value playing at second as he is only 25 years old. From: Jeff Tolson via email

Answer: Jeff, Ryan Mountcastle looks comfortable at first base. The only chatter I heard about moving him to second base came from fans who were eager for a solution to the team’s second base quandary. As you write, the Orioles tried Mountcastle at several different positions, and he looks comfortable at first and has produced well there, so it’s best to let him stay there and produce.

Question: Have you heard anything regarding extension talks with Adley Rutschman. It would be unprecedented for the Orioles. Several teams have done it recently with rookies. If you haven’t heard anything, what are your feelings/guess on the topic. From: Vic Matusak via Facebook

Answer: Vic, I’ve heard nothing about a possible Rutschman extension. It would be positive news for the fans who are eager for indication that the team is building for the long term. It would be surprising if they did it, but I wouldn’t rule it out.

Question: Why haven’t the Orioles signed a legit free agent? From: Ray Kowatch via Facebook

Answer: Ray, I consider pitcher Jordan Lyles and catcher Robinson Chirinos legitimate free-agent signings, but my guess is you’re referring to a bigger name signed to a multiyear contract. I’m not sure when it happens, but the feeling here is that time is coming, perhaps as soon as this offseason. I would have liked to have seen Trey Mancini signed to an extension, but I don’t think that’s going to happen.

Question: Hi, Rich, Two questions relating to status of minor leaguers.: The recent listing of Orioles’ transactions shows a number of minor leaguers being “assigned” to the O’s.”  What does that mean and why is such a designation necessary?   Second, how are the number of options of players from MLB rosters to the minors calculated?  By years or by individual actions?  Some pitchers are optioned multiple times in one season.  From: Steven Cohen via email

Each player placed on the 40-man roster has three options, and it’s one option per season. Before the new collective bargaining agreement, a player could be optioned an unlimited number of times. Now it’s five per season.

Question: I wanted to ask about the haul the Orioles received in the Tanner Scott/ Cole Sulser trade. I know you touched on this but do you opine (irrespective of the draft pick) that the return was subpar? From: Frankie Nikac via email

Answer: Frankie, your question was a popular one. Glenn Fuller also asked about the trade. I was surprised by the trade but didn’t have a strong reaction to it. Scott has lots of potential but still battles wildness, and while Sulser had the best numbers in the bullpen last season, he’s not considered a top-shelf reliever and he’s already 32. I think fans often overrate the value of the players on the team they root for, and I think this is the case here. The Orioles needed two roster spots for Anthony Bemboom and Chris Owings, and this was a way to get that done.

Question: Who surprised you the most this spring? From: Rene Linares via email

Answer: Rene, the two most surprising players were outfielder Yusniel Diaz and shortstop Richie Martin, neither of whom made the team. Diaz should get called up relatively quickly if he continues to hit well at Norfolk, and Martin, though he’s not on the 40-man roster, could get called up if there’s an injury to an infielder because the Orioles’ best infield prospects are at Bowie.

Question: Other than Grayson Rodriguez and DL Hall, what other pitching prospects have the most potential? When can fans expect to see the wave of new pitchers? From: Ed Price

Answer: Ed, besides Rodriguez and Hall, I think the Orioles’ best pitching prospects are Kyle Bradish, who pitched well in two spring training appearances, and Drew Rom, who’s at Bowie. I think you’ll see Bradish in the next few months and Rom in 2023.