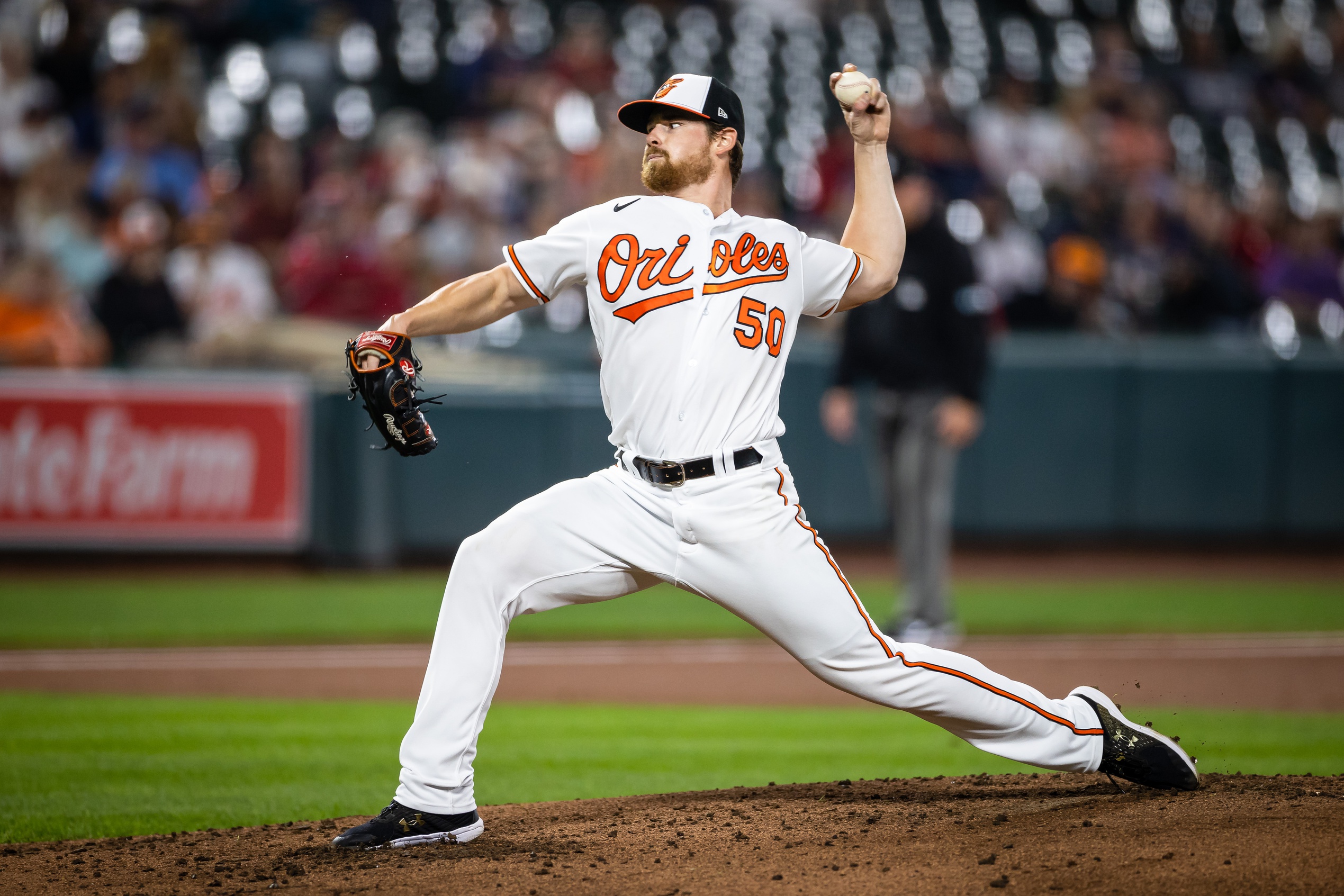 ST. PETERSBURG, Florida—Bruce Zimmermann made his major league debut on September 17th, 2020 at an empty Oriole Park because of the pandemic. On Monday, Zimmermann will get to pitch in front of family and friends when he starts the team’s home opener.

“At a loss for words at first,” said Zimmermann, who grew up in Ellicott City and pitched for Loyola Blakefield. “Obviously, I was hoping to get into the rotation, but to be able to fall into that home opener position, it’s a dream come true, to be honest. It will probably be better than my debut.”

Zimmermann allowed five runs in three innings against Tampa Bay in his first game. He’ll be facing the Milwaukee Brewers in the opener.

“With the amount of fans that usually show up for Opening Day in Baltimore, and the orange carpet being back, all the fanfare that comes with Opening Day, I can’t put into words how excited I am for the opportunity.”

On Wednesday morning, when Zimmermann found out that he was starting the home opener, he went to work out. Before he could share the news with his friends and family, they already knew.

“My phone had already started blowing up,” Zimmermann said. “All my friends were hearing. me. I called my parents. I called my agent. It was pretty awesome … They’re all looking forward to it as much as I am.”

Zimmermann has bought about a dozen or so tickets. “All the friends, family friends, people I played for, played with growing up in Baltimore. It’s going to be a lot of people that are coming out and reaching out. Hopefully, I can say ‘thank you’ for each of them for being there.”

His first game will remain special even if the pandemic didn’t allow him to share it with family and friends.

Zimmermann went to few Oriole openers growing up. His last one was in 2017, right before he was drafted.

“Growing up and watching on TV with the fanfare and the orange carpet, running in from center field. Just to be there is an honor, but to be a starter on that day, I’m going to have to zone everything out as soon as I get to the ballpark. I really want to take the time to enjoy every moment, if possible, but then when I need to focus on the game, I’ll be ready to go.

“Actual Opening Day or home opener, it really doesn’t matter to me. Either way, they’re both incredibly special. When I got traded to the Orioles, it was definitely a bucket-list thing that I’ll hopefully be able to accomplish. The fact that it happened so quickly, I’m very excited and blessed. I’m ready to go out there and get the Orioles’ faithful a ‘W’ on Opening Day.”

Opening Day ceremonies: The first pitches for Monday’s opener will be thrown by families of the late Baltimore City police officer, Keona Holley, and Baltimore City firefighters Paul Butrim, Kenneth Lacayo and Kelsey Sadler. Holley died on December 23th, 2021 after a shooting. Butrim, Lacayo and Sadler were killed in a house fire on January 24th.

Firefighter John McMaster, who was in critical condition after the blaze, will be on hand to throw out a pitch.

The Morgan State Choir will sing the national anthem.

Fans who wish to bid on seats that were displaced by the new left-field wall can do so between Monday at 1 p.m. and Sunday April 17th at 10 p.m. by visiting Orioles.com/Auction.

Bautista is the only one who’ll be making his major league debut. Before last season, the 26-year-old right-hander hadn’t pitched above Low-A ball and was one of the last to hear that he was on the team.

“A lot of my friends had reached out already,” Bautista said through a translator. “They already knew, somehow. I got a bunch of congratulations messages. When I finally got called into [manager Brandon Hyde’s] office, then I found out that I made the team.”

Harvey signs: The Orioles announced that they have signed pitcher Matt Harvey to a minor league contract. Executive vice president/general manager Mike Elias said on Thursday that the team was close to a deal with the 33-year-old right-hander who is facing a possible suspension for acknowledging that he had supplied opioids to the late Los Angeles Angels pitcher Tyler Skaggs in the trial of former Angels communications director Eric Kay.

Notes: Catcher Beau Taylor and right-hander Spenser Watkins are the Orioles’ taxi squad for the weekend. … Hyde won’t say which pitchers he might use as part of the tandem starters in advance. … Right-handed pitcher Isaac Mattson has cleared waivers and been assigned outright to Triple-A Norfolk. The 40-man roster has 39 players.