For openers, there's optimism that better days are ahead for the Orioles - BaltimoreBaseball.com 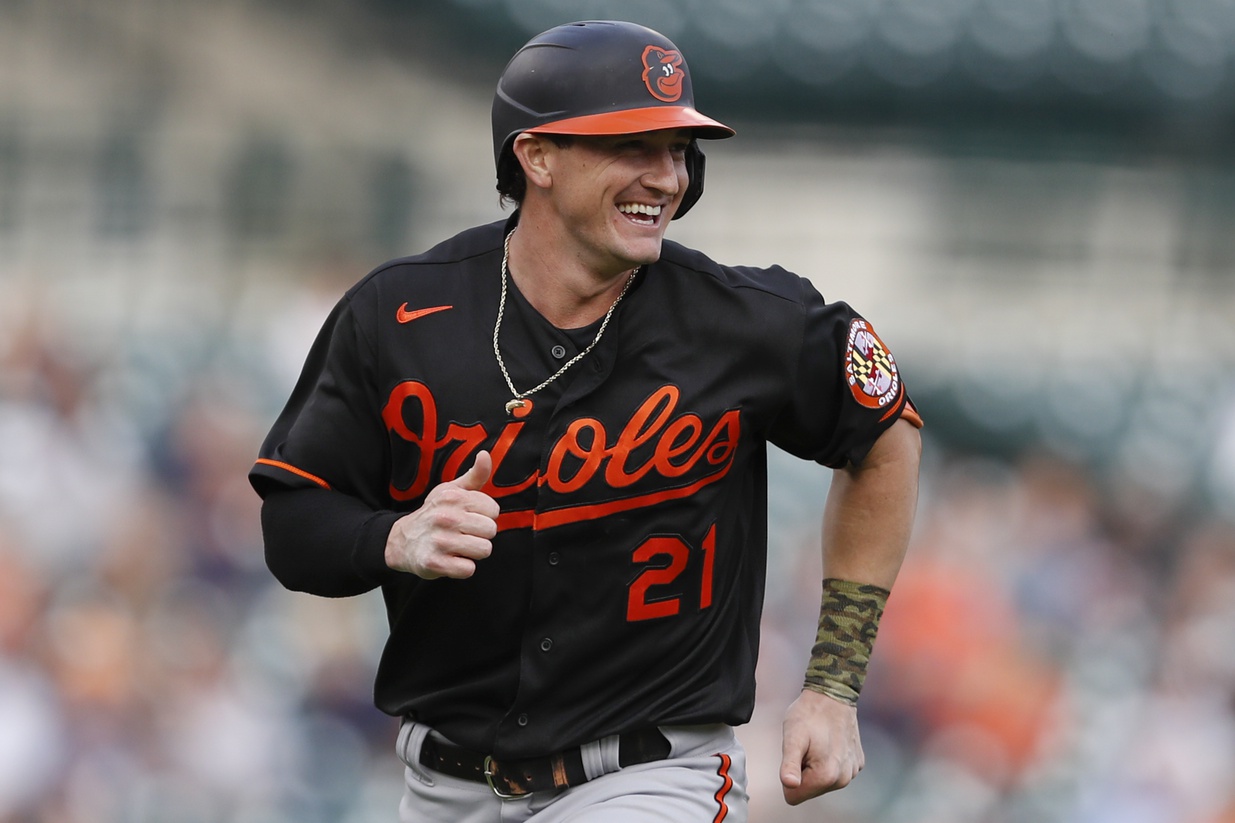 SARASOTA, Florida-Opening Day is here for the Orioles, and optimism has arrived with it. The 2022 edition of the Orioles will begin the regular season at Tampa Bay at 3:10, with John Means facing Shane McClanahan.

During executive vice president/general manager Mike Elias’ video conference on Thursday, he expressed confidence that 2022 would see a marked improvement in the team’s performance.

“We want to get better,” Elias said. “I think that we’re getting more talented, and we will hopefully get even more talented as the year goes on, and that should lead to wins, but baseball is baseball. Sometimes improvement doesn’t happen in a linear fashion.

“We’re keeping a broad perspective in mind in terms of carefully developing a playoff-caliber roster. That’s going to remain at the forefront. This team is young and talented, and the farm system beneath it is young and talented and anything can happen, so we’re going to keep working as smartly as possible, trying to make the players betters, and see where it goes, but I think we’re very hopeful that we’re going to take a step forward this year.”

Cowser, who has played just 32 professional games, played a graceful center field, looking the part. Fans not familiar with Ortiz saw some excellent glove work. Their play was noticed by others.

“I think the club is better,” centerfielder Cedric Mullins said. “We’ve got some young guys coming up that are definitely showing a lot of promise, guys coming from other organizations that have obviously had success in the big leagues. It’s just a matter of putting it all together.”

Mullins, who had a breakthrough season in 2021 with 30 home runs and 30 steals, and Austin Hays are two-thirds of what could be a potent outfield

“We have a lot of young arms that I think they must be wanting to use this year,” Hays said. “They were able to get some things in return for the trades that they made and that would free up some spots for some of the younger arms that would be making their debuts this year and some of the guys that have a short amount of opportunities that will get a lot more opportunities this year. I think it’s just that next wave of guys coming.”

Hays, who made his debut in 2017, and Mullins, whose first game was a year later, are young veterans who try to show the younger players what it’s like to be a major leaguer.

“It’s us trying to create an environment that everyone is comfortable with at the same time,” Mullins said. “When we step on the field, we want to have a certain intensity, a certain mindset that we’re going to go out there and compete to the best of our abilities. With new guys coming in, guys coming up from the system, it’s a lot of moving parts, so I think it’s just me being considered the vet, stepping up and just helping create that atmosphere.”

Designated hitter/first baseman Trey Mancini is the only Oriole who has been in the organization long enough to have played on a playoff team. He made his debut in September 2016 and knows this season could be his last in Baltimore. He thinks that that the team will be better in 2022.

“I do actually,” Mancini said. “I think a lot of that comes with the core guys. You see those two guys next to me [Mullins, Hays] … it shows, the way that they carry themselves and are starting to really lead the guys. [John] Means has certainly become a veteran, in my opinion. We’ve got a lot guys who have experience and play really well, too. That’s an important mix.

“I think you’ll see a lot of guys making their debuts this year who are going to be really good major league players, too. I think we’ve gotten better. My job, while I’m here for as long as I’m here, is to help them and try to get this thing going in the right direction. This is my 10th season with the organization. No one wants to see it succeed more than me. As long as I’m here, I’m going to help try to do that.”

Call for questions: I’ll be answering Orioles questions in the next few days. Please email them to: [email protected]