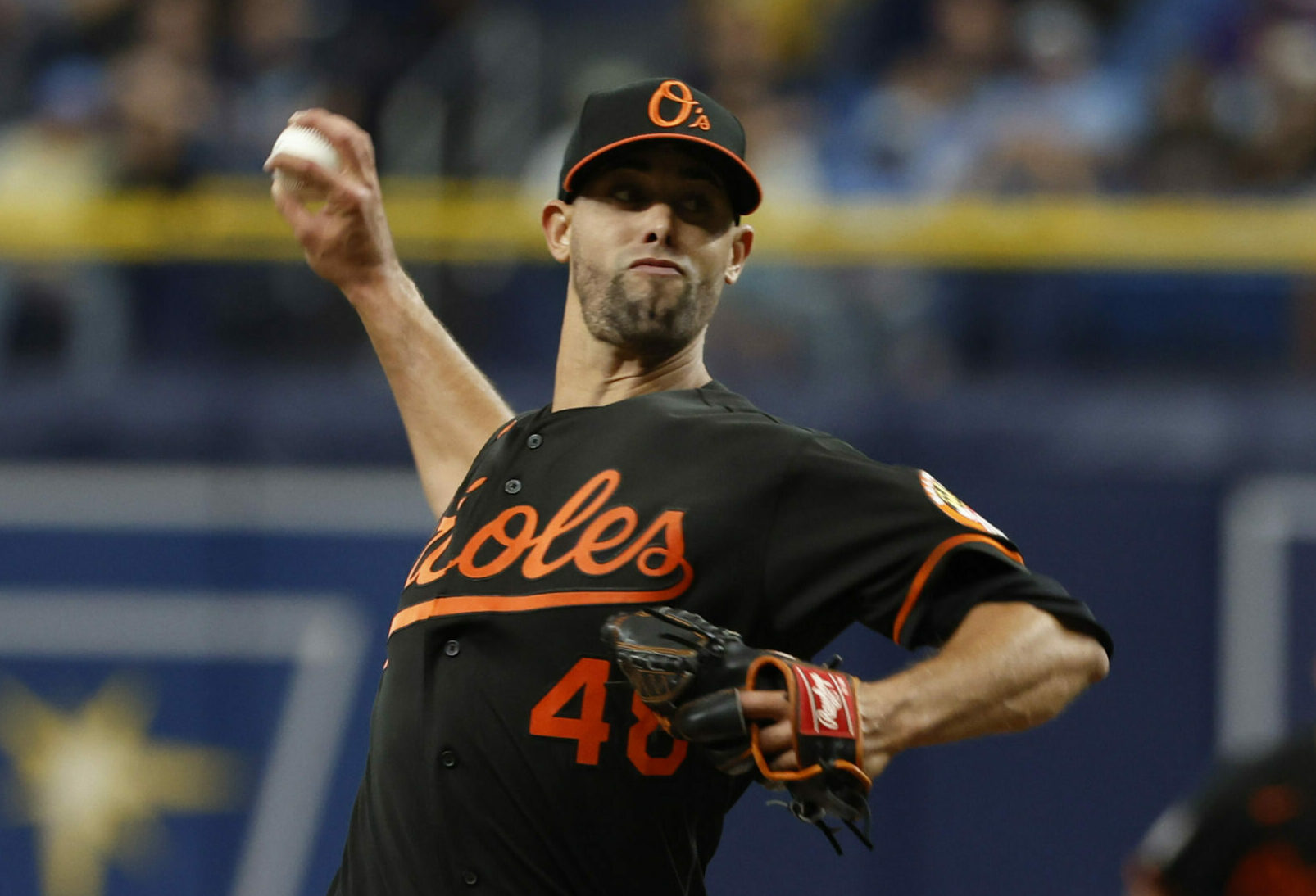 ST. PETERSBURG, Florida—The Orioles must depend heavily on their bullpen, especially early in a season that followed an abbreviated spring training. On Opening Day, after starter John Means threw 84 pitches and made it through four innings, manager Brandon Hyde needed help from two of the newest members of the bullpen and a couple of familiar faces.

Newcomers Bryan Baker and Cionel Pérez were perfect in the fifth and sixth. Dillon Tate was also perfect in the seventh, but Jorge López wasn’t as effective in the eighth, and the Orioles lost their season opener, 2-1, to the Tampa Bay Rays before an announced sellout crowd of 25,025 at Tropicana Field on Friday.

López  who’s getting a shot in key situations, inherited Wander Franco at first after he had singled against Tate (0-1) to start the eighth in a 1-1 game. Ji-Man Choi worked a walk in an eight-pitch at-bat, and Randy Arozarena beat out a infield single to load the bases.

“They got a swinging-bunt single, safe at first base, cost us the game. Bad luck on our part,” Hyde said.

With the bases loaded, Brandon Lowe grounded to Ramon Urías at second, who threw home to force Franco. Choi then scored on Francisco Mejía’s sacrifice fly to center for the go-ahead run.

“Lopie’s got, especially out of the bullpen, amazing stuff,” Hyde said. “You saw it tonight.

“I wanted Lopie in the biggest part of the game, when it mattered,” Hyde said. “He threw the ball extremely well, just not good luck.”

López had a seamless transition from a starter who was 3-14 with a 6.35 ERA to a reliever who allowed two runs on six hits in 8 1/3 innings in the bullpen before an ankle injury ended his season.

“It’s good to have that opportunity,” López said. “I never had that before. It’s good to jump in and keep going with that mentality of attacking the hitters, keep the game close. That’s my job.”

López said he’s eager to get another chance in a tough spot.

“So bad. I like the challenge,” López said. “I feel like it’s a big opportunity to just be here already.”

In the ninth, Rougned Odor, who batted for third baseman Kelvin Gutiérrez, singled with two outs. Chris Owings ran for him, and Cedric Mullins struck out against Brooks Raley to end the game.

Baker, a 27-year-old who had thrown just one major league inning, polished off the Rays in the fifth. Pérez, who pitched sixth scoreless innings in spring training, threw a spotless sixth. Tate threw a 1-2-3 seventh, helped when what was ruled a Gutiérrez throwing error at third base was overturned.

Besides Baker and Pérez, Hyde has rookie right-hander Félix Bautista, who has never pitched in the big leagues, and two others, Mike Baumann and Joey Krehbiel, whom he saw only briefly last September and in spring training.

“We’re going to find out, especially early,” Hyde said. “I told them: ‘All you guys are going to be in different spots, leveraged spots.’ I need to find out who can do what and what part of the game they’re most comfortable in. These guys are going to continue to get opportunities, especially with starters not being built up the way they normally are at this point. We’re happy with how everybody threw the ball today.”

The Orioles (0-1) struck out 14 times against the Rays, who beat them 18 of 19 times in 2021. This was their 13th straight loss against Tampa Bay. They were 0-for-7 with runners in scoring position, their only run coming on a homer by rightfielder Anthony Santander in the sixth.

“I thought we faced some really good pitching,” Hyde said. “Credit goes to them. They have really good arms. That’s been known for a long time now, and they threw the ball extremely well. Tough at-bats. We had an early opportunity. We let them off the hook in the first, not cashing in for a run or two. That might have changed some things.”

In the first, the Orioles loaded the bases with one out, but Tampa Bay starter Shane McClanahan struck out Santander and retired Urías on a fly ball to center.

The Rays (1-0) loaded the bases on three singles in the third against Means. Yandy Diaz scored on a sacrifice fly by Lowe.

Andrew Kittredge (1-0) pitched a scoreless eighth for the win.

Means allowed a run on six hits in four innings, walking one and striking out five..

“I knew, especially with those long, long innings, that it was probably going to be limited to four or five,” Means said. “It was one of those grinding ones. I couldn’t ease into it.”

As spring training began last month, Hyde said that he thought, at best, Means could throw five innings at the start of the season.

“He threw 80-something pitches. That was going to be by far the max,” Hyde said. “He gave up one run in four innings. We gave up two sac flies and lost the game.”

Notes: The Orioles are 12-12 in openers on the road and 44-25 all-time. … Means became the second Orioles left-hander to start consecutive Opening Days. Dave McNally (1969-1971) was the other. … Jordan Lyles will pitch against Drew Rasmussen on Saturday at 1:10 p.m.