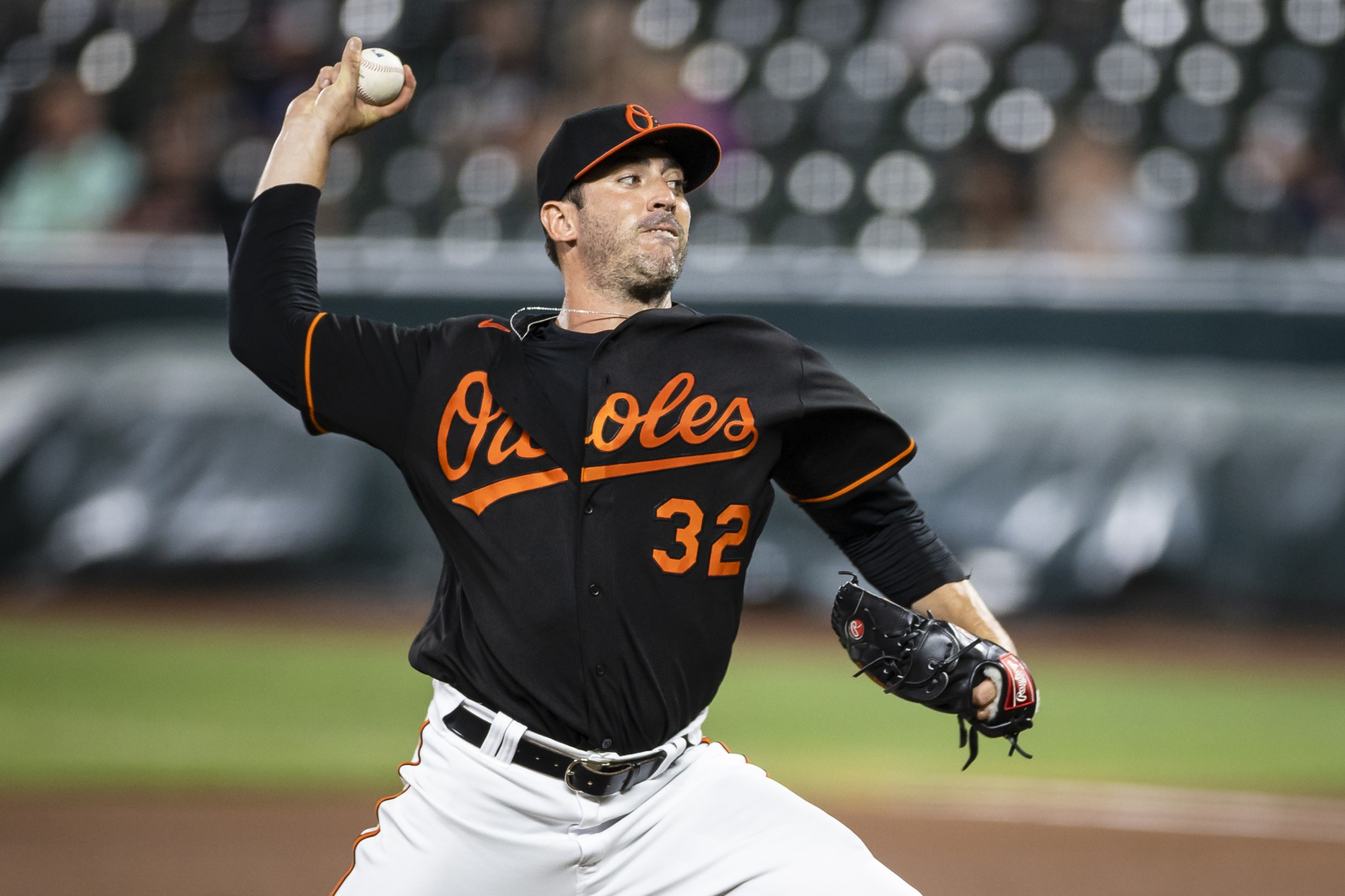 Harvey, who led the Orioles in starts with 28 last season, had a 6-14 record with a 6.27 ERA, faces a possible suspension from Major League Baseball for his testimony in the trial of former Los Angeles Angels communications director Eric Kay.

Kay was convicted of supplying fentanyl to Angels pitcher Tyler Skaggs, which led to his death. Harvey, who testified under immunity, acknowledged that he had supplied opioids to Skaggs. Harvey also admitted to cocaine use while with the New York Mets.

“It is true that we’ve been working on a minor league deal with Matt,” Elias said. “Obviously, it’s a very unique situation right now with everything that he was involved with that came to light over the winter. From our perspective, he did a lot to help us last year. I know his stat line wasn’t the prettiest, but the innings that he threw, the luck that he had, and I think most importantly for us, the pro and the teammate that he was and helping us get through a very difficult season was something that we wanted back.

“We feel like he might provide us depth, and he might be able to help us, and he was in the process of unlocking some things coming off an injury. Obviously, he’s in the situation that he’s in right now because of off-the-field things, but getting to know him last year, understanding his approach to what’s going on, our point of view is that this was something that shouldn’t  prevent him from having another chance in this organization, especially with the way that he conducted himself last year. We’ll see where it goes.”

The news that the Orioles were close to a deal with Harvey was first reported by The New York Post’s Jon Heyman.

Pitching plan: Elias said the decision to carry 14 pitchers, instead of 15, is because the Orioles wanted to have several pitchers who could throw multiple innings as tandem starters.

“April is going to be tough,” Elias said. “John Means and Jordan Lyles and these guys, they just got to the point of getting into that four- or five-inning neighborhood of work. We’ve also got Tyler Wells in the rotation now, who’s looked great in the spring. We’re very hopeful about him as a long-term major league starting pitcher.

“Having come off a year of short relief, coming off of a pandemic and a Tommy John rehab, it’s going to take some time for him to get his legs under him and get him stretched out in a responsible way, and then we have a bevy of long men, bulk starters that have been carrying the load for us, up and down from Triple-A last year that have yet to really firmly establish themselves as major league starting pitchers, and we want to continue to see those guys.

“All of that combined, we’ve kind of come up with a plan to get a bunch of long guys in the bullpen, and [manager Brandon Hyde] will have guys available to him each day to pick up the starter, so that we’re not asking the starter to go too deep in the game to jeopardize his long-term health over the season.”

Elias said that pitchers Kyle Bradish and DL Hall threw at Twin Lakes Park on Thursday. Bradish will next pitch at Triple-A Norfolk. Hall will remain in Sarasota because he missed most of last season because of an elbow injury.

The plan is for Hall, who threw just one inning in Grapefruit League play, to build up to four or five innings before he’s sent to an affiliate.

“We’ll probably start him at a lower level than we would otherwise start coming off the injury, which is typical practice,” Elias said.

Unlike previous spring trainings where he made multiple waiver claims, Elias didn’t make any this spring.

“It’s certainly the time of year when the waiver wire gets interesting, and we’ll keep an eye on it,” he said.

Elias said there was nothing new on catcher Adley Rutschman, who missed spring training because of a strained right triceps muscle. Rutschman had “an inside track” on making the team, Elias said.

“We still have some benchmarks to check before sending him out to an affiliate,” Elias said.

Call for questions: I’ll be answering Orioles questions in the next few days. Please email your questions to: [email protected].