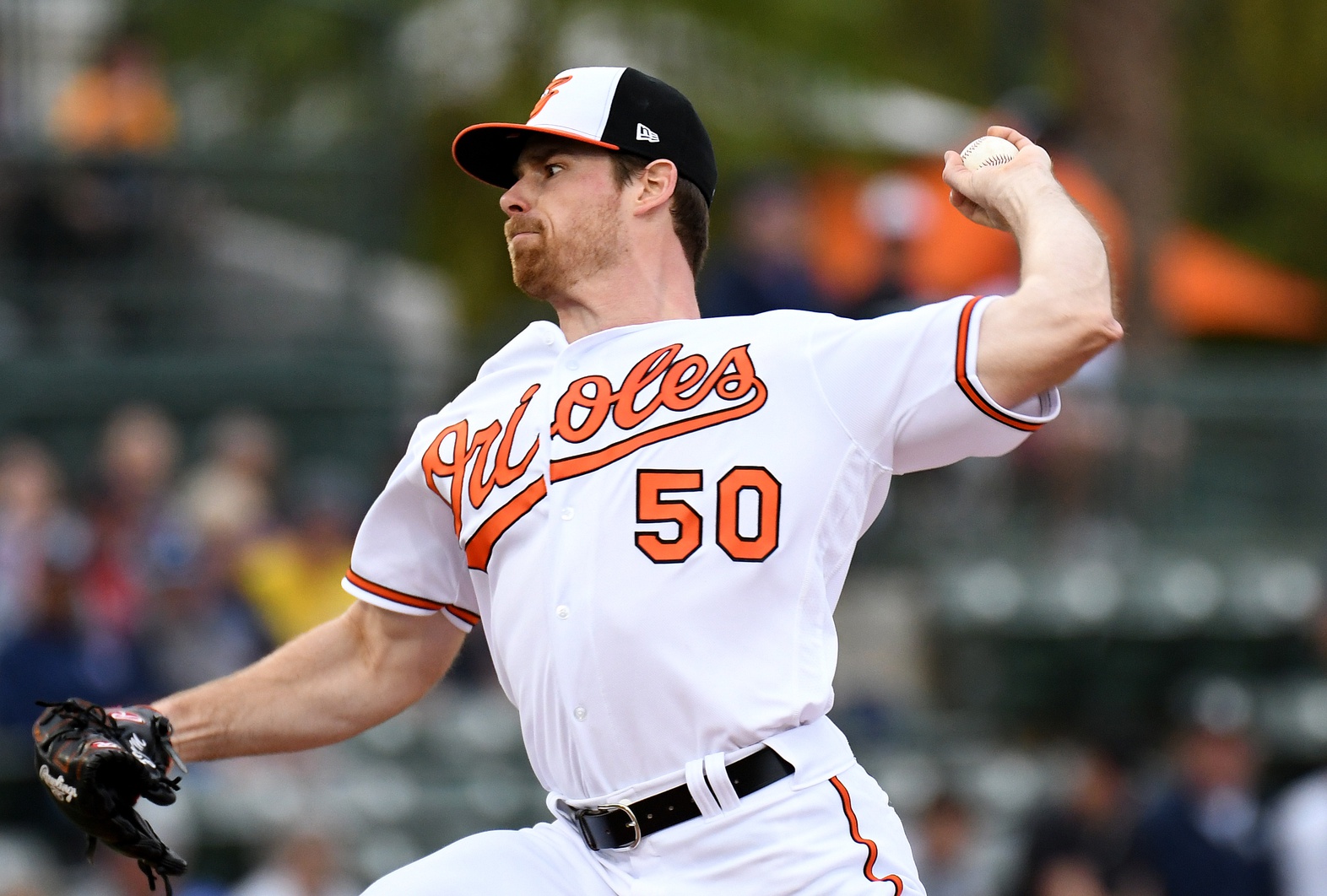 SARASOTA, Florida—Bruce Zimmermann, who grew up rooting for the Orioles in Ellicott City and played his high school ball at Loyola Blakefield, will start the team’s home opener on Monday, manager Brandon Hyde said on Wednesday as the Orioles announced their 28-player roster.

Zimmermann, a 27-year-old left-hander who was born in Baltimore, came to the Orioles from the Atlanta Braves in July 2018 in the trade that sent pitchers Kevin Gausman and Darren O’Day to the Braves.

Hyde said that after John Means, Jordan Lyles and Tyler Wells start the first three games of the season at Tampa Bay this weekend, Zimmermann was his choice for the fourth game, and it makes for a feel-good story on the 30th anniversary of Camden Yards.

“I think it worked out that way,” Hyde said. “It was more baseball reasons. He’ll be in the rotation and make that start.”

Hyde hasn’t named a fifth starter and said that because Zimmermann hasn’t worked extended innings this spring, he would use a pitcher behind him who could work extended innings. The Orioles will carry 14 pitchers and 14 position players instead of 15 and 13 as widely thought.

Zimmermann, who was 4-5 with a 5.36 ERA in 16 games in 2020 and 2021, allowed seven earned runs on eight hits in eight innings in three spring starts. He walked two, struck out nine and allowed three home runs.

“Really excited,” Hyde said of Zimmermann’s reaction. “Obviously, it adds a little extra something … that he’s from the area. He’s going to have a lot of friends and family there, but it’s cool to give him the news that he’s going to make the home opener. It’s a special moment.”

Rosters don’t have to be submitted until noon Thursday, but the Orioles have chosen their 28 players for now. They could always alter the roster by claiming a player on waivers or making a trade.

The team will fill the two 40-man roster spots vacated by the trade of Tanner Scott and Cole Sulser to Miami by purchasing the contracts of catcher Anthony Bemboom and utilityman Chris Owings, who both signed minor league contracts.

Bemboom will back up 37-year-old Robinson Chirinos. It’s the first Opening Day roster for the 32-year-old, who has played just 54 games with Tampa Bay and the Los Angeles Angels.

“Bemboom’s been in this game a long time, and for him to be told he’s made the team, that was emotional for him,” Hyde said. “Those conversations are fun.”

Bemboom is a left-handed hitter, and that helped convince Hyde.

“I think the platoon was a big factor, and we like the way Bemboom handles a pitching staff,” Hyde said. “He receives the ball so well, great blocker. He’s great with game planning, has a great relationship with pitchers.”

Bemboom was able to report to spring training before the 40-man players  because he was signed during the lockout, and that helped.

“He was ready to go and got to know us, and that was helpful,” Hyde said. “I’ve been impressed with not just what he’s done with the game, but the work on the side as well, throws well.”

The 30-year-old Owings will be playing for his fifth major league team.

With a five-man bench, the Orioles will start the year with both outfielders Ryan McKenna and DJ Stewart on the team. Stewart had missed 11 days because of a bruised right hand after he was hit by a pitch but adds another left-handed bat.

Richie Martin, who hit .409 (9-for-22) with a home run and nine RBIs in spring training, will be assigned to minor league camp.

“It was a very tough conversation because he had such a good spring,” Hyde said. “We just feel Richie needs Triple-A at-bats and a Triple-A sample size. He has [112] at-bats in Triple-A. He’s had kind of a weird last few years. We feel like he’s making progress offensively. I feel like he’s making progress defensively as well, but being non-roster, we’d just like him to start in Triple-A. You never know. We’ll see what happens.”

Corner infielder and outfielder Tyler Nevin will be optioned to Triple-A Norfolk.

Keegan Akin, Mike Baumann and Dean Kremer, candidates for the fifth starter spot or a tandem role behind Wells and Zimmermann, each made the team. So did relievers Bryan Baker, Félix Bautista, Joey Krehbiel and Cionel Pérez.

“We’re keeping that open, the fifth starter’s spot,” Hyde said. “We’re going to play this Tampa series and see how it goes. We really have no idea lengthwise with a lot of our guys and we’ll make some decisions, but as of right now, we’ve got Wellsy three, Zimmermann four and the fifth open … There’s a lot of guys in play for that fifth spot.”

Non-roster catchers Jacob Nottingham and Beau Taylor will remain in the organization.

Right-handed pitchers Chris Ellis, Travis Lakins and Spenser Watkins, who all came to camp on minor league contracts, will be assigned to minor league camp and likely will be heading to Norfolk.

“They’re non-roster. We kept the guys who were 40-man on the club,” Hyde said. “We have length guys. Because we don’t have a fifth starter right now, we have a lot of guys that we did build up in spring training that can go length if they’re out of the ‘pen or slide into that fifth spot.”

Mateo, Tate OK: Jorge Mateo, who was hit by a pitch in his right hand in Tuesday’s game against Toronto in Dunedin, Florida, was able to take batting practice on Wednesday. Right-hander Dillon Tate, who had been absent from camp because of a sore throat, threw a side session and is also healthy, Hyde said.