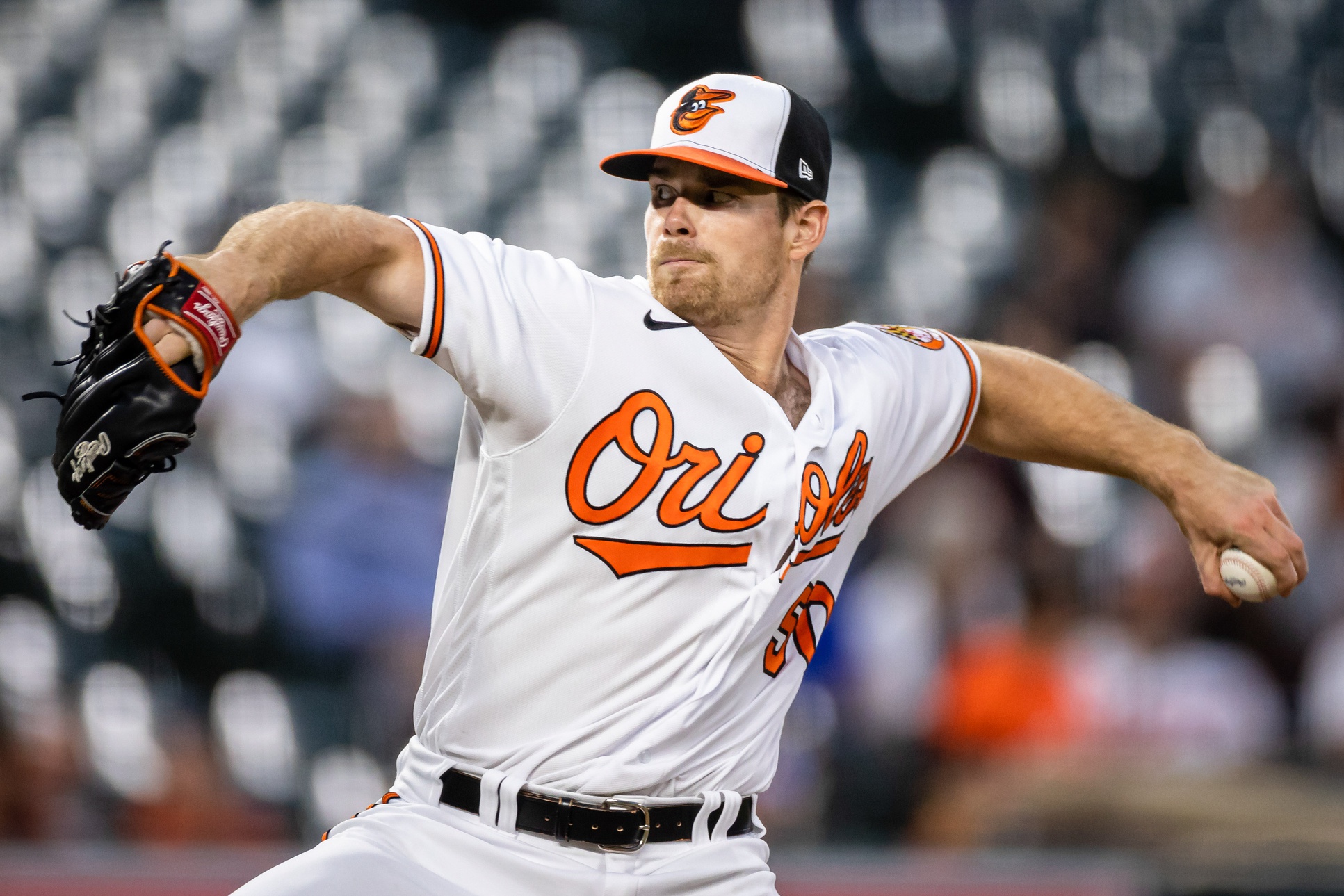 SARASOTA, Florida-What’s happening? Tyler Wells will get his fourth and final start of the spring when the Orioles play the Toronto Blue Jays at TD Ballpark in Dunedin, Florida at 1:07 p.m. on Tuesday. It’s the Orioles’ next-to-last exhibition game.

Wells, a Rule 5 pick who came on strong in the bullpen last season, has been named one of the Orioles’ starters to begin 2022. He has allowed two runs on seven hits in 7 2/3 innings, walking three and striking out seven.

Alek Manoah will start  for Toronto.

Orioles executive vice president/general manager Mike Elias has until noon Thursday to set the 28-man roster for the Friday opener at Tampa Bay.

‘You just don’t know what’s going to happen,” Elias said. “There’s news out of the training room and all kinds of stuff. It’s not something we’re going to announce today, but I think by the time we head up to Lakeland on Wednesday, it’s probably really going to clarify around then. I think we’re close to being able to name a team right now if the season started today, but it doesn’t start today.”

Manager Brandon Hyde isn’t sure what his rotation will look like.

“We’re continuing to evaluate everybody that’s a rotation candidate or a long-man candidate,” Hyde said.

Infielder Jorge Mateo is out. “He’s got some soreness in his stomach,” Hyde said. “He’s getting tests on it. It doesn’t sound like an oblique. It’s more in his stomach area.”

Tommy Davis, a two-time National League batting champion who played four seasons with the Orioles from 1972-1975, has died at 83. Davis was the Orioles’ primary designated hitter from 1973-1975.

What’s happened?— Bruce Zimmermann allowed four runs on five hits in three innings as the Orioles lost to the Pittsburgh Pirates, 9-3, before an announced crowd of 2,418 at Ed Smith Stadium on Monday, the Orioles’ last exhibition game at home.

Zimmermann threw 39 pitches in three innings and worked two simulated innings on a back field.

“Definitely feel like I could have thrown the ball a lot better,” Zimmermann said. “The big thing was I wasn’t able to get to the bottom of the zone enough, so that allowed them to focus on middle-up and execute on those pitches that they saw, so if I did that, it’s a totally different result.”

Elias said on Monday that it was important for Zimmermann and the other young Oriole pitchers to step up in 2022.

“I think all of us understand what’s at stake for helping this team win games as well as helping us in our own careers, really setting us up for the next few years,” Zimmermann said. “I take that as a welcome challenge — go out there and build on what I did last year and continue to prove that I can start in the AL East and I can help this team win ballgames.”

“I thought he flashed some good stuff,” Hyde said about Zimmermann. “I didn’t  think he was consistent with it through three innings. Threw some good breaking balls, hung one for a home run, and that hurt.”

Zac Lowther worked 2 1/3 innings in two stints. He faced four batters in the fourth, walking three, and was replaced by Joey Krehbiel. Lowther returned to pitch the fifth and sixth and allowed four runs on four hits.

Over the last two days, Lowther, Zimmermann and Dean Kremer, each a candidate to start or serve in long relief, were hit hard.

“You want to see guys have success and perform,” Hyde said. “Some days we have. Some days we haven’t. That is spring training, also … I just think our command is a little bit off with those younger guys right now. Lowther showed command issues a little bit. [Keegan] Akin had trouble with his command. Zimm was spotty today. It’s not about stuff. It’s about command with those guys. It’s got to continue to improve.”

Lowther was optioned to Triple-A Norfolk on Tuesday morning. The camp roster is 39.

DJ Stewart returned after missing 11 days because of a bruised finger and was 1-for-3.

What’s up with Austin Hays? He returned after the birth of his second son, Hayden, last Friday. His wife, Samantha, has a friend who knew former Ravens tight end Hayden Hurst and liked the name.

Austin and Samantha also have a 15-month-old son, Levi.

“It was a good couple of days. They’re both healthy and doing well,” Hays said. “April 4th was her due date, so everything worked out where I could go home, spend a couple of days, come back here and get some games in and get back in the flow of things before the season starts.”

Hays is expected to return to the lineup on Tuesday.

What’s what? It will be interesting to see if the Orioles make any additions after the trade of relief pitchers Tanner Scott and Cole Sulser to Miami. Elias is an aggressive user of the waiver wire but hasn’t used it this spring.

What’s the word? “It’s probably something we could do right now if we had to, but with how crazy these final couple of days with how short this camp is because of what happened, and the fact that we’re a team that brings on waiver claims, brings in  guys that had ‘out’ clause; we’re that kind of a team, it’s beneficial to delay those decisions as long as we can.”­-Elias on setting the Opening Day roster

What’s the number?-38,351. The announced total attendance for the eight-game schedule at Ed Smith Stadium this spring.