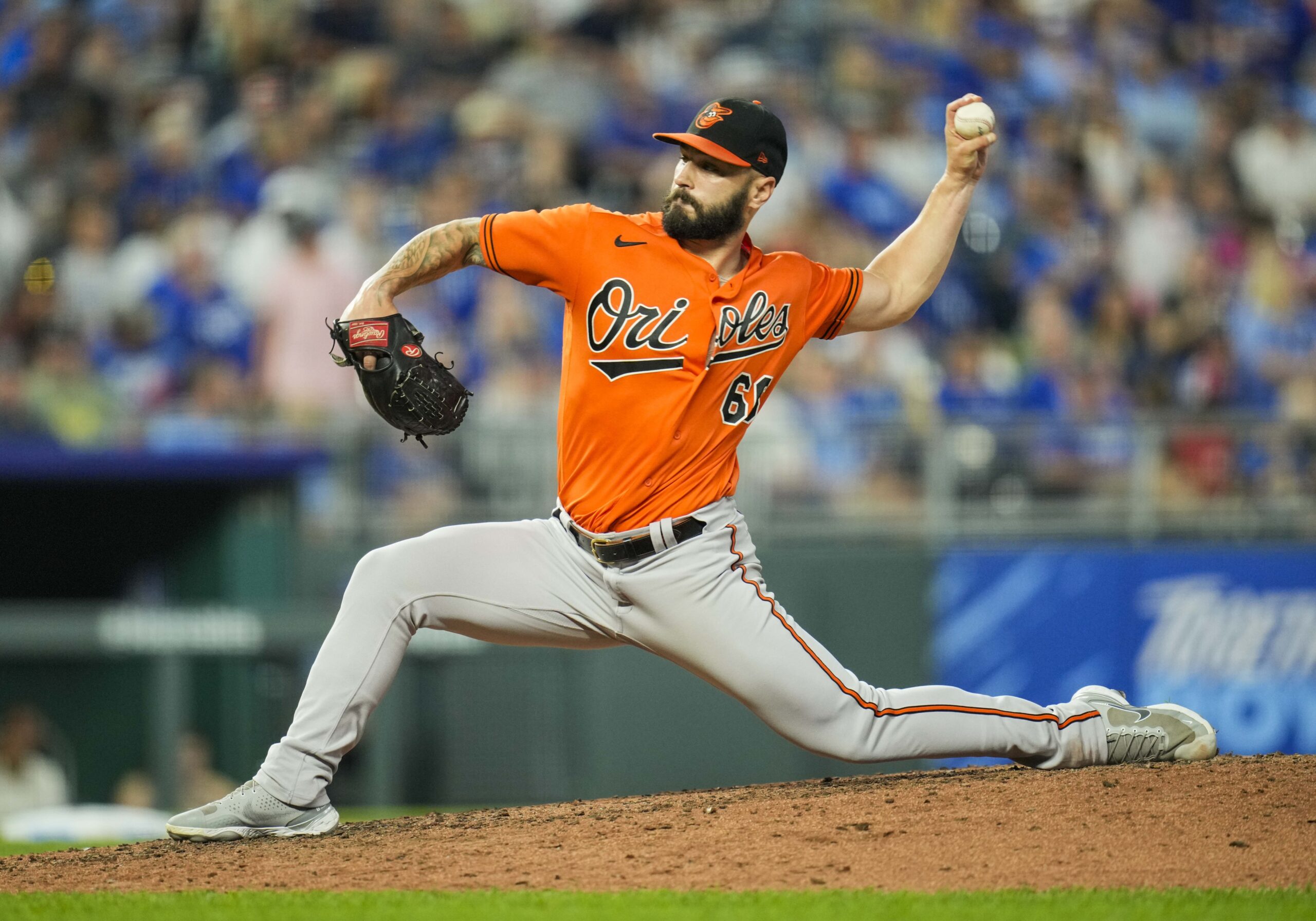 SARASOTA, Florida—Last week, Tanner Scott joked about his biggest issue in the Orioles’ bullpen. “I have to deal with Paul Fry every day, so that’s always fun,” Scott said, laughing. “That’s my boy.”

Scott and Fry were the primary left-handers in the Orioles’ bullpen for several years, and they’ve developed a close friendship.

That friendship changed hit a bump on Sunday night when the Orioles traded Scott and right-hander Cole Sulser to the Miami Marlins for two prospects, a player to be named later and a Competitive Balance Round B draft pick.

Fry came into the Orioles’ clubhouse on Monday to find Scott’s locker empty. They were two of the dwindling number of Orioles who were with the team before Mike Elias took over as general manager in 2018.

“There’s two big shoes to fill, two big pairs of shoes to fill,” Fry said of Scott and Sulser. “Guys should look at it as a big opportunity to prove themselves, myself included.”

Fry, who has seven major league saves, will get that chance. So will right-hander Jorge López, who has one save with Kansas City in 2019, and Dillon Tate, who had three saves last season.

Sulser had eight saves last season, and Tyler Wells, who had four saves in September ,will begin the season in the starting rotation, manager Brandon Hyde said.

Hyde isn’t sure who will get the ball in the late innings.

“We were pretty inexperienced,” Hyde said. “Now, we’re even more. We’re going to go into the season matching up the best we can. I’m hoping that some guys really take advantage of opportunities, see some guys that are going to pitch in high-leverage spots that haven’t done so in the past, at least haven’t done that very much and hope that they feel confident in it and succeed in it.”

Hyde hasn’t had an obvious closer in his three seasons.

“Guys like Cole Sulser stepped up,” Hyde said. “I think you’re going to see Jorge López pitch in big spots, whether that’s the sixth, seventh, eighth or ninth, I’m not sure. From a stuff standpoint and an ability to get both-side hitters. the stuff that he has shown out of the ‘pen last year and so far this spring training, he’s a guy that can potentially pitch in big innings.

“Tate’s looked good this spring. He’s had moments in the past, so he could be a guy as well. Paul Fry was really good the first half [of 2022]. He’s had a good camp so far … I don’t know where it’s going to come from. We’re going to do the best with what we have.”

Hyde texted Scott and Sulser Sunday night after the trade.

“Trades are part of the game, and we’re going to improve the guys we have here,” Hyde said. “Tanner and Cole were both great guys, guys that we’ll miss, hoping that they’ll have a lot of success in Miami.”

Cionel Pérez, another left-hander, looked as if he had made the club before the trade. Players who could benefit from the trade are right-handers Bryan Baker and Joey Krehbiel and non-roster right-hander Travis Lakins. Félix Bautista, who was placed on the 40-man roster last November, remains in camp, but he walked three batters and gave up two hits while recording only two outs on Sunday.

For Fry, it was personal first, business second.

“He was Uncle Tanner to my son,” Fry said. “Hard to explain,” he said, attempting to mask his emotions.

“I’m just now going through it, obviously. Walking in the first time without him is different. We met in 2015 in the [Arizona] Fall League, and we’ve been close ever since. When I got traded over here [from Seattle in 2017], he was one of the guys that I already knew. My voice is shaking right now, but that’s how it is right now.”

Fry wasn’t sure he’d be with the Orioles beyond last July’s trade deadline, and he knows it’s still possible he’ll be traded.

“You never know where you could be tomorrow,” Fry said. “I’m in that boat, too. I’ve been in trade talks before, so I’ve got to play every day where my feet are … perform whenever I can, every opportunity that I get, whether that’s here or somewhere else. Today, I’m here.”