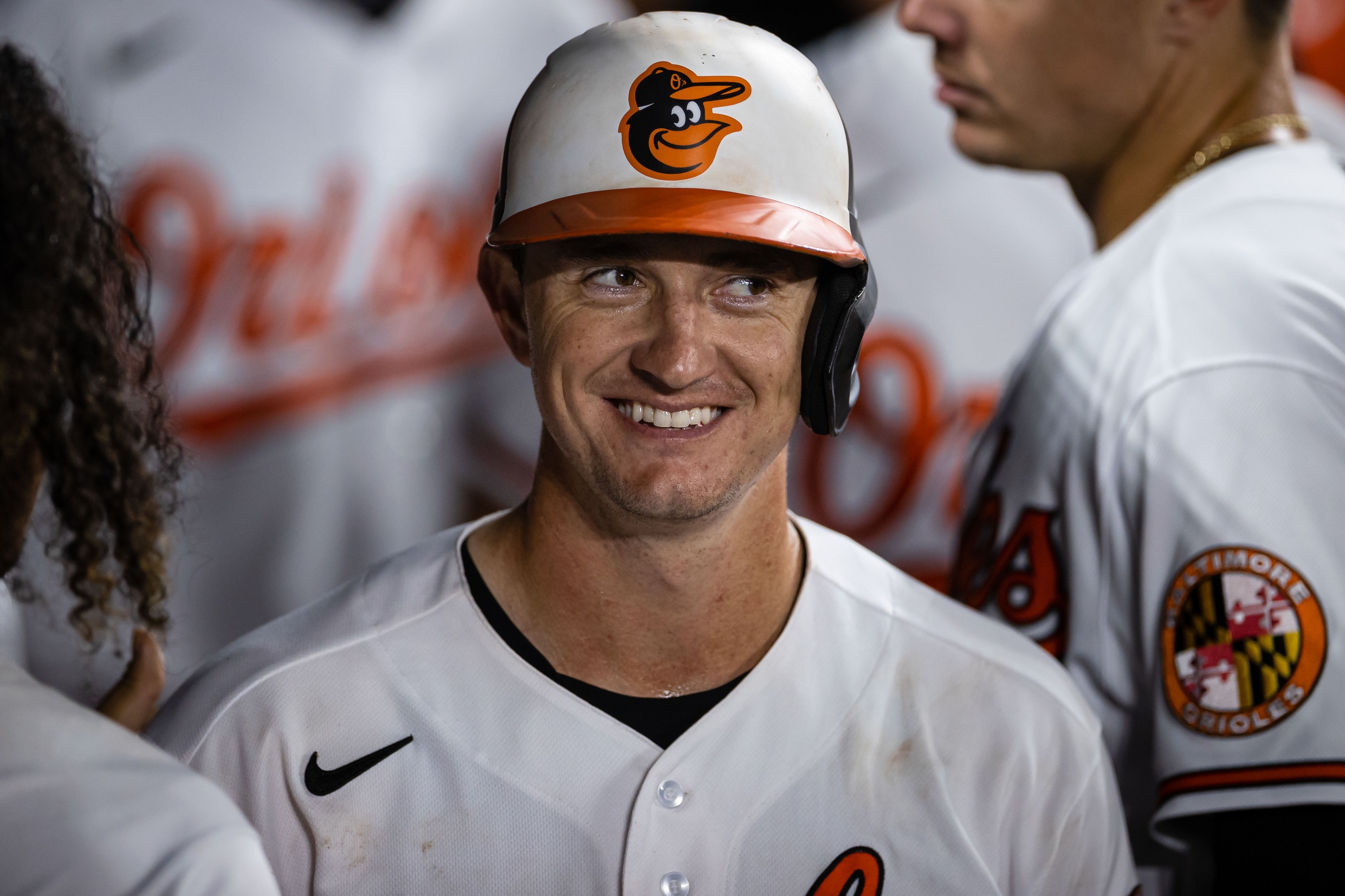 FORT MYERS, Florida—Orioles outfielder Austin Hays has been away from the team since April 1st because of the birth of a son, Hayden. Hays is expected back for Monday’s game against Pittsburgh.

Catcher Adley Rutschman, who has been held back by a strained right triceps muscle since he injured it in a minor league intrasquad game on March 11th, has begun hitting off a tee and throwing lightly, manager Brandon Hyde said. It’s unlikely he’ll be with the team when it begins the regular season on Thursday against Tampa Bay.

“He’s right on track for where we want him to be right now, ” Hyde said. “Now, it’s just building and recovering. In everything we do, he’s been involved. Maybe not so much from running the drill … he’s been in every single meeting. Whenever we do any sort of fundamental or anything on the field, he’s right there.

“He’s not fully involved yet. He’s trying to soak in as much as he possibly can without being able to participate. He’s antsy like anybody. He’s doing everything he can right now.”

Reliever Dillon Tate, who hasn’t pitched since March 26th, is out because of a sore throat, which isn’t Covid-related, Hyde said.

DJ Stewart, whose left hand was injured when he was hit by a pitch on March 23rd,  is scheduled for more at-bats on the back fields of Ed Smith Stadium on Sunday. He could be back on Monday.

“Try to get him as many games in here until the end,” Hyde said. “He’s going to take a ton of at-bats today. He took some yesterday, felt great this morning. We decided to have him take even more at-bats back there today, kind of controlled. He could take more back there than he could in a game today. If that goes well, he’ll be in there tomorrow.”

“Working really well together,” Fuller said. “Same message, the hitters have been really responding, enjoying what we’ve been bringing every day, so it’s been a lot of fun and just really encouraged by how we’re training every day.”

Borgschulte and Fuller knew the Orioles were looking for a partnership with neither being the lead coach.

“We knew what we were stepping into,” Fuller said. “We knew that this was going to be a team effort going forward. We knew it wasn’t going to be one guy pulling the weight. We work extremely well together. It’s been a really good marriage so far.”

Both coaches are 32. Borgschulte never played professional baseball, and Fuller was limited to 32 games in the Rookie League for the Arizona Diamondbacks in 2012. They didn’t know much about each other.

“It was great to get to know Ryan throughout the process and having a friend in common speak very highly of him was awesome,” Borgschulte said.

“During the interview process when we met, that was one of the first things we said it doesn’t matter who gets credit,” Fuller said. “We want to do the best job possible, and that’s been every single day here. The players can go up to Matt. They can come up to me. They’re going to get the same message. They know the plan for each guy, what they need to attack each day, so it’s two guys pulling in the same direction, speaking the same language.”

Borgschulte and Fuller say they haven’t met resistance from players who are used to coaches with extensive playing backgrounds.

“Not yet, they’re just trying to get better,” Fuller said. “They’re open to whatever we can offer them that’s going to help them be better hitters, and we’re still building those relationships and buying that trust from each guy.

“Certainly, a three-week spring training wasn’t what we were hoping for. When we got hired, we would have loved to have the extra three weeks, a full six weeks. The guys have been great. We’re building those relationships. We’re really happy with the cohesiveness between the coaching staff and the players.”

When infielder Chris Owings signed a minor league contract with the club, he mentioned his eagerness to work with the pair.

“That’s what we want,” Borgschulte said. “We want to meet guys that are willing to try new things, and willing to experiment. We’re going to do whatever we can to help these guys get better. People noticing that is a great thing for us to have.”

They’ve tried not to force themselves on hitters. Centerfielder Cedric Mullins, who hit 30 home runs and stole 30 bases in 2021, is a player that they’ve enjoyed working with so far.

“He’s been doing a great job,” Borgschulte said. “His swing decisions have been really good. He’s getting his timing down. I saw the one he hit the other day through a pretty strong breeze, so that was impressive. It’s really great to see that.”

With a spring training that’s just 25 days, the two have tried to use the limited wisely.

“The beautiful part about me and Borgs being hired and then one of the good things about the lockout, the few things, is we made plans,” Fuller said. “We went through video. We scoured through all their data. Coming in, we felt really confident with the plan we had in place. It was picking their brains, ‘What’s worked for you? What do you want to continue doing? Here’s some ideas of how we can make you even better,’ and all these guys have been open to it. They want to continue to get better.

“Cedric, obviously, a 30-30 season is incredibly impressive, so we want to learn from him as well. Guys want to get better and they see that we’re providing value with them. They’re seeing it every day.”