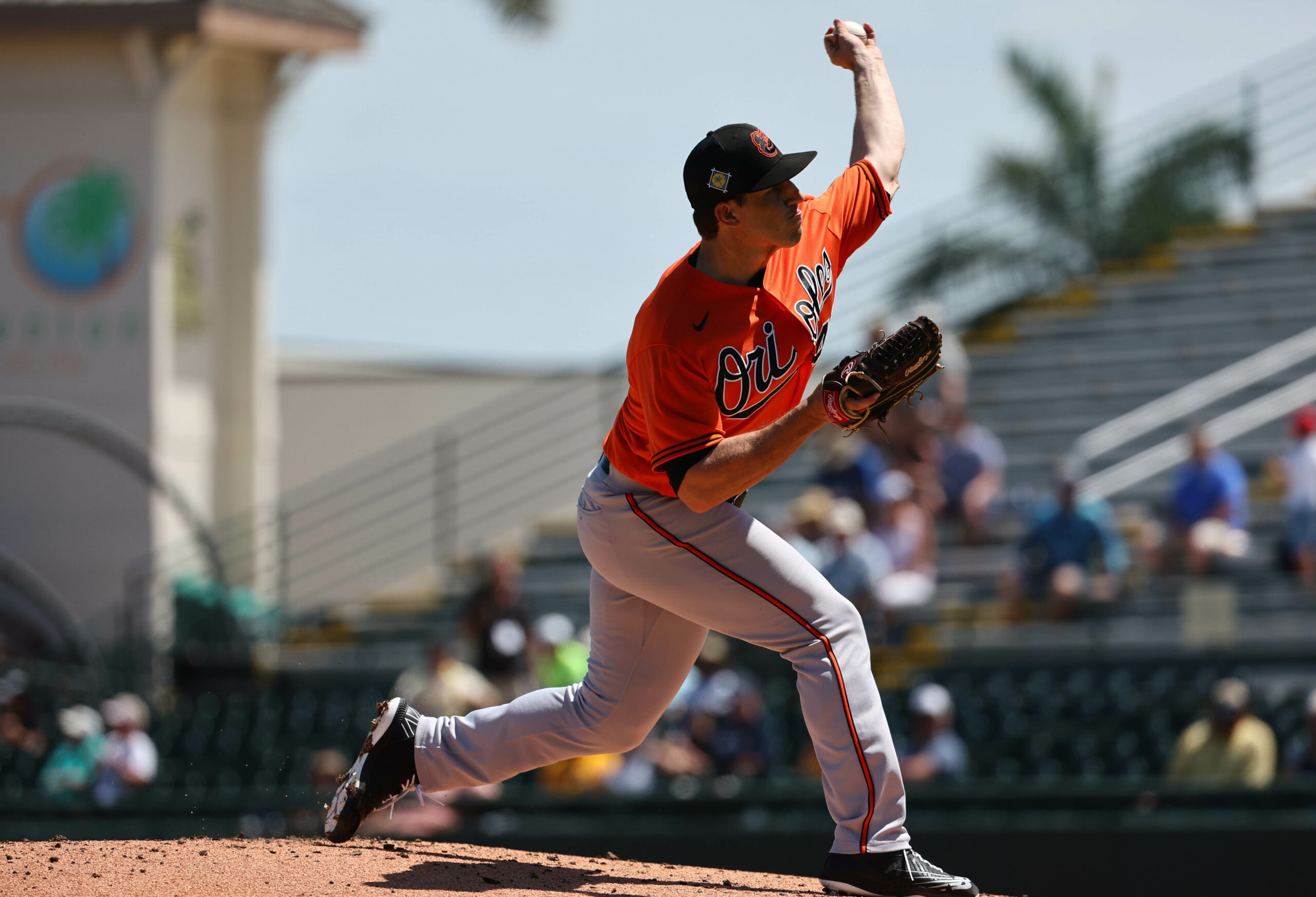 LAKELAND, Florida-What’s happening? Dean Kremer will start when the Orioles play the Minnesota Twins at Hammond Stadium in Fort Myers, Florida at 1:05 p.m. on Sunday. Kremer has pitched twice this spring and started on Monday against Philadelphia in Clearwater, Florida. He has allowed four runs on eight hits in five innings, including two home runs against the Phillies. Kremer has struck out seven without walking a batter.

The game will be broadcast on WBAL/98 Rock with Geoff Arnold and Scott Garceau. Sonny Gray will start for the Twins.

There are only four games remaining in the Grapefruit League, and manager Brandon Hyde is still figuring out the starting rotation.

“We have everybody planned out,” Hyde said. “We’re going to make some decisions there at the end. There are still a lot of roster decisions to make. It’s a big week for a lot of the pitchers to show what they can do. They’re going to see major league lineups, play a little bit longer, so that’s a positive so, yeah, it’s a big week.”

First baseman/designated hitter Trey Mancini signed a 2022 contract with the Orioles, avoiding arbitration. Mancini asked for $8 million; the Orioles countered with $7,375,000. According to a report by The Athletic, which was confirmed by an industry source, Mancini will receive $7.5 million this season, with a $250,000 buyout and a $10 million option for 2023.

What’s happened?—In his final start before Opening Day on Thursday, John Means pitched 4 2/3 scoreless innings in the Orioles’ 2-0, rain-shortened win over the Detroit Tigers before an announced crowd of 3,494 at Publix Field at Joker Marchant Stadium on Saturday. The game was halted with two outs in the top of the sixth.

Means threw 71 pitches, allowed five hits and struck out one. In his three spring starts, Means pitched 10 innings, allowing five runs, one unearned, on 14 hits, striking out 10 and walking one. In his final two spring training starts, Means allowed one earned run in 7 2/3 innings.

“I worked on all the pitches, throwing them for strikes,” Means said. “I’m ready to go … We’ll see how many innings I go on Opening Day. I feel ready as far as physically concerned.”

The weather forecast had been unfavorable, and Hyde was pleased Means got his work in.

“The biggest thing was to get Means through five innings,” Hyde said. “Get up to his pitch count. In this kind of situation, I think we got the best-case scenario for our starter.”

Kelvin Gutiérrez homered in the fifth against Eduardo Rodriguez. Ramón Urias had an RBI single just before the game was called.

What’s up with Colton Cowser? Cowser, the Orioles’ top draft choice in 2021, played the entire game in center field on Friday in Sarasota against Philadelphia.

“It was awesome just to get out here,” Cowser said after the game on Friday. “Hyde came up to me, probably in the fifth, and he was like, ‘Are you good to play all nine?’ I was like, ‘absolutely.’ Can’t pass up the opportunity. I was excited to find out I was starting.”

In his first year of professional ball, Cowser hit .375 in 32 games with two home runs and 34 RBIs in the Florida Complex League and Low-A Delmarva. Cowser has been surprised to make as many appearances in Grapefruit League games.

“I have. I’m really blessed to do it,” Cowser said. “Get me out here in this environment … In the first couple of games, I was really nervous, and from there, it’s been the same game. It’s been awesome.”

Cowser was also on hand for Saturday’s game, but it was called before he could enter it.

What’s what? Tim Naughton got another trip to a Grapefruit League game but wasn’t needed. Naughton has pitched in five games when scheduled pitchers exhausted their pitch limit and retired five of the seven batters he faced.

“I had never actually been over to big league camp during spring training before. The first one I was told I was going, I [thought] I was just going to watch the game, and then I got in the game, and then I got called back a couple of days later, and I got in again. That’s been a pattern. Obviously, that’s what you train for every day in the offseason. I’ve been preparing myself for that.”

What’s the word? “The pitchers are different levels. Pretty much all of them are higher than I’m going to be. I’m excited to be facing them. You can’t work yourself up in certain situations because this is the same game and pitchers are pitchers.-Cowser on facing more experienced pitchers.