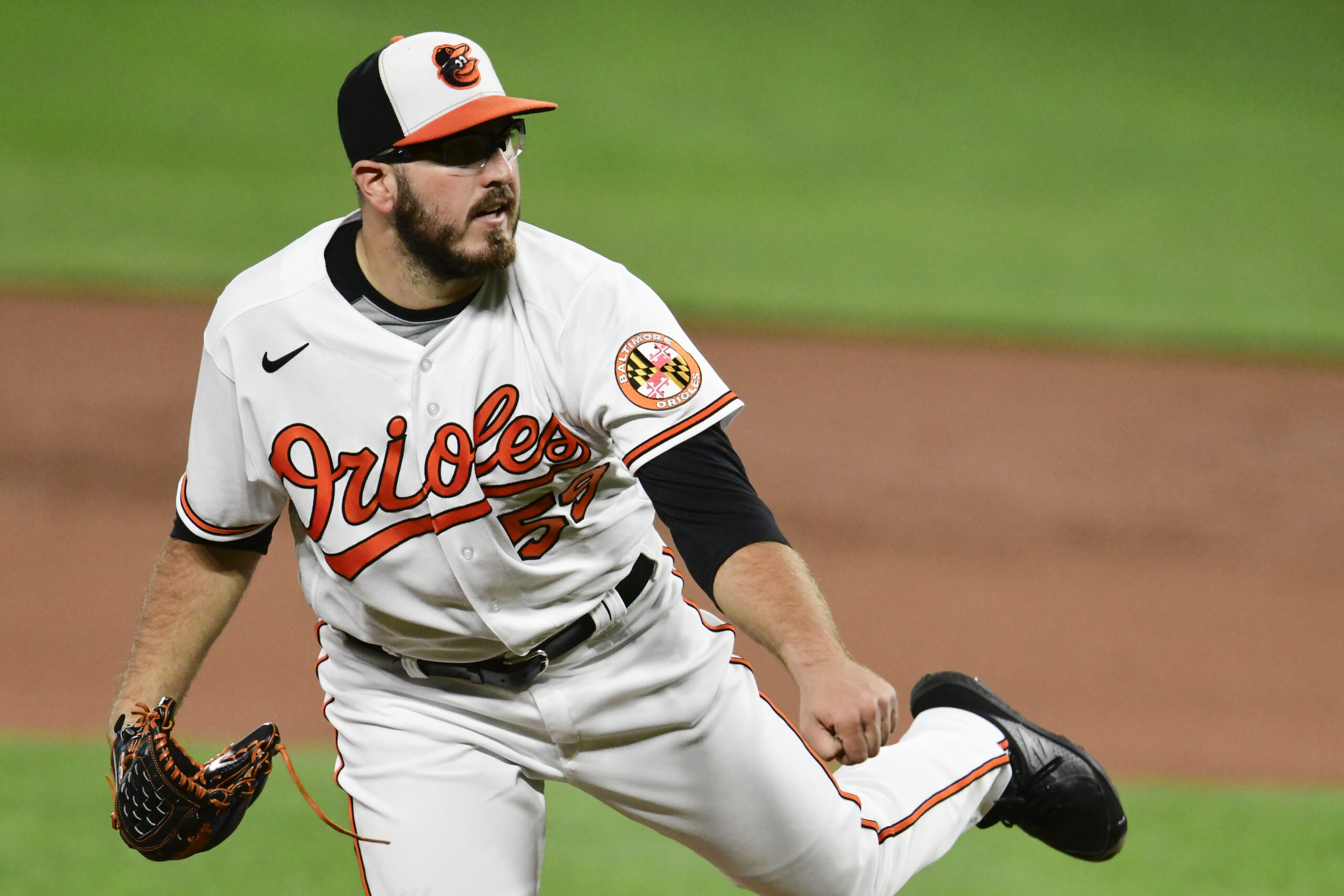 SARASOTA, Florida—Orioles manager Brandon Hyde is still figuring out the starting rotation to begin the regular season. Hyde has named John Means the Opening Day starter, and he said Jordan Lyles and Tyler Wells will be in the rotation.

“I don’t think we’re going to do that, but at the same time, it’s because of a shortened spring,” Hyde said. “[Lyles] had a little bit of stomach flu, and we’re trying to keep guys on regular rest as much as we possibly can. If that works out, it does. If not, it doesn’t. It’s a long season, it’s a six-month season. We’re just kind of playing it by ear. But those guys will be in the rotation and pitch at the top end for us.”

Pitchers who could be part of the tandem — those coming in after the starter for long relief –are Keegan Akin, Mike Baumann, Chris Ellis, Dean Kremer, Zac Lowther, Spencer Watkins and Bruce Zimmermann.

Because of a shortened spring training and the addition of two roster players thought May 1st, more pitchers can be carried to ease the workload.

“I think we’re going to go into the season with guys that will be tandem and then we’ll see how it goes,” Hyde said. “I don’t think it’s an ideal situation, but it might be what we’re doing.”

The Orioles will begin the season with 15 pitchers. After May 1st, they’ll be limited to 13, making tandem starters less likely.

“I don’t think it’s just us,” Hyde said. “I think it’s league-wide right now because guys aren’t going to be built up. You’re going to see a lot of tandems throughout the league. How deep in the season we go with that, I don’t know about that.”

Lowther, who as a left-hander could be part of a tandem with right-handers Wells and/or Kremer, was at the front end of tandems during his eight starts for Triple-A Norfolk last season.

“We had a lot of guys that needed to get work in,” Lowther said. “With the six-day schedule, it was a weird schedule. We did it almost every game. One day, you’re going to go four, five [innings]. The next [time], you’re going to be that second one.

“It’s kind of a good rotation there just to get some starters working, some extended relief work, whatever you want to consider that. But it’s just being able to keep that schedule as a starter where you’re throwing maybe once, twice a week. It wasn’t bad from my experience but getting guys in there was the challenge.”

As a starter, Lowther wasn’t told how many innings he’d pitch or how many pitches he’d throw. The Orioles regularly made moves between the major league team and the Tides.

“They try to get you to a good point where it’s more of a natural, not so much pulling you early so that you’re not getting your pitch count too high or anything,” Lowther said. “With how things were last year just the up and down, we never knew who we were going to have. Some guys might have been on shorter rest. Some guys might have been able to go their normal starts. It was never a defined number as I recall.”

Lowther wasn’t used as the second starter, or long reliever, at Norfolk.

“Probably just getting that starter routine,” he said. “If you want to maintain that out of the bullpen, it’s a little difficult. Just having that experience, coming out in the middle of an inning as a starter whereas opposed to when you start the inning, it’s all your trouble that you’re getting yourself into. Just getting those reps coming out of the bullpen is big because you’re not really put into those situations a lot as a starter.”

If Lowther is the second part of a tandem, he won’t have as much time to get ready.

“It’s definitely a little different in that aspect because you have your normal set routine, like I throw 25 pitches before the game,” he said. “Sometimes you don’t have that amount of time so just being ready throughout the game. They did a pretty good job of setting us up, ‘Hey, he’s getting near his pitch count, so you might want to be ready early so you can cool down’ or ‘take your time getting ready more’ so they were really communicative in that.

“It definitely is a challenge coming from your starter role where you’re playing catch 120, 150 feet before the game in the bullpen to playing catch 60 feet, 70 feet in the bullpen and trying to warm up in five pitches. It’s a different feeling that you have. It’s more adrenaline-based than long prep work.”

The Orioles used tandem pitchers throughout the minor leagues last season, but Hyde hasn’t described the plan for the start of the season.

“We’re all preparing for any roles possible,” Lowther said. “There are some guys that they’ve said, ‘Hey, we want you to build up to have extended innings’ as a starter, as a reliever, if we use an opener, anywhere that we can chew up innings. It’s always easier to go down in innings than to build up so I think that higher pitch count is going to help us be more versatile down the road.”