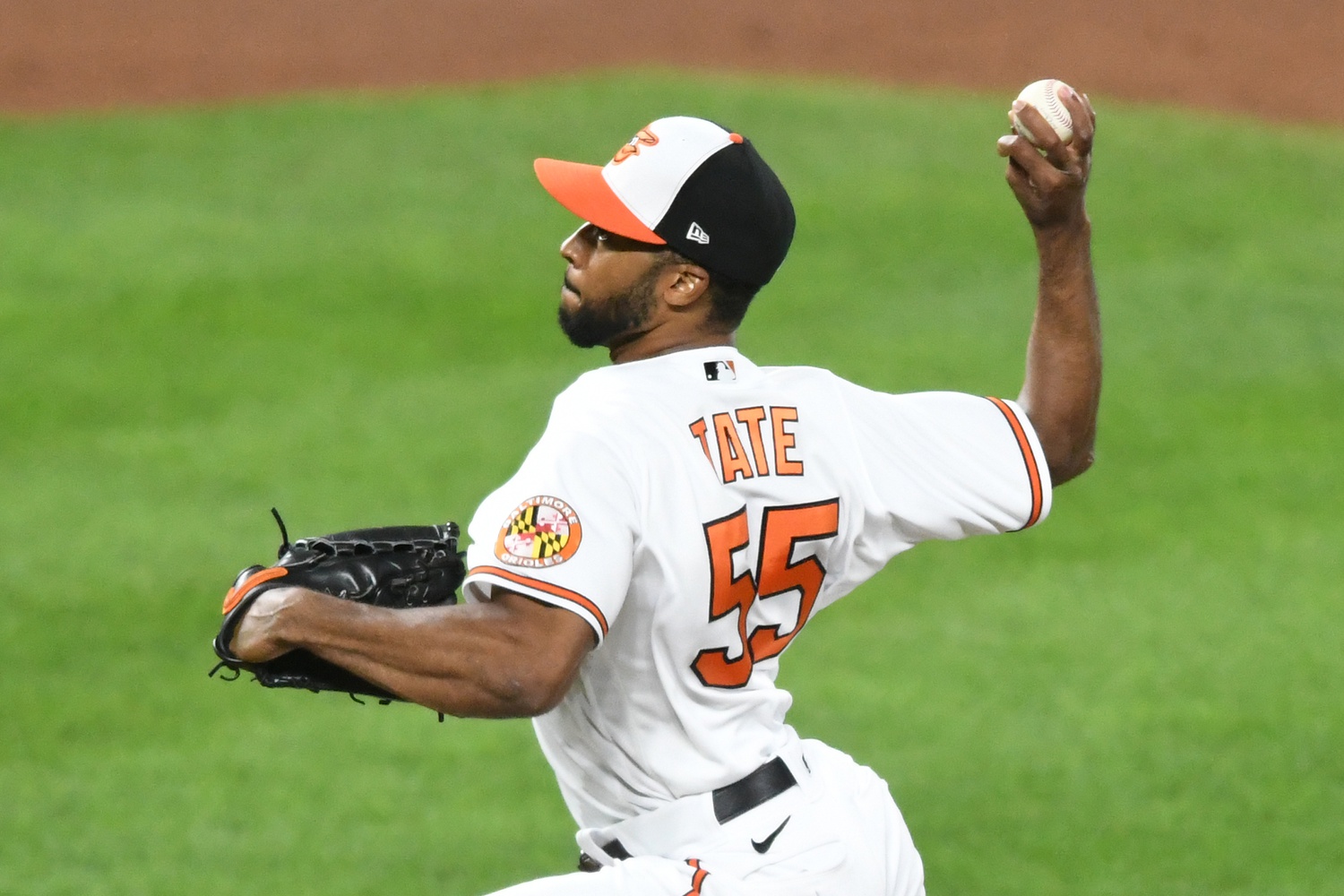 SARASOTA, Florida—As the Orioles begin their final week of Grapefruit League games, the tempo has picked up. Deadline for 28-man rosters is noon on April 7th, and manager Brandon Hyde is fine-tuning his lineup.

“I want them to take good at-bats, play clean baseball,” Hyde said. “There are a lot of questions still, especially on the mound. I’m looking forward to watching our pitchers compete. I’ll be moving the infielders around quite a bit. You’re going to see guys get a little more extended playing time.”

Hyde says that regulars will be playing in consecutive games, and perhaps three in a row.

“Try to get these guys in game shape as soon as possible,” Hyde said.

For Wednesday’s game against the Tampa Bay Rays, Hyde is using nearly all of his regulars. Ramón Urias will start at third base and Jorge Mateo at shortstop. Kelvin Gutiérrez, who ended last season as the regular at third, is not starting.

Hyde will try to get four or five innings from starters, but if they aren’t able to complete those, they’ll throw extra pitches in the bullpen, as Dean Kremer did on Monday in Clearwater, Florida after he finished three innings against the Philadelphia Phillies.

“It’s difficult with innings, trying to get as many guys as we can without the ‘B’ games and the split-squads,” Hyde said.

In a conventional spring training, Hyde would have some of his prominent relievers work on consecutive days, but those plans have been altered because of the shortened spring caused by the lockout.

Could Tate close? Dillon Tate has had a strong spring. In three appearances, Tate has allowed just one hit in 3 1/3 scoreless innings, striking out three without a walk.

“So far, it’s been good,” Tate said. “I like the way that I’ve been throwing the ball. Still, got some work to do with the timing of my motion. I’m happy with what I’ve done so far.”

With Tyler Wells perhaps starting or moving to multi-inning relief, the closer role is up for grabs. Tanner Scott or Cole Sulser are candidates, and so is Tate.

“If the opportunity is presented to me, I’ll do anything in my power to make it happen and complete the task and if that’s not the opportunity that’s presented to me, do the best that I can in the role that I do have. I know it’s really up to me. Some of it is. Some of it isn’t. The piece that is in my control is just play my game and get three outs whenever I’m up there.”

“For me, it is just getting that slider over the plate until it’s something that hitters respect, that they have to look for,” Tate said. “I have other options I can go for. I think when all three of my pitches are being respected, that’s probably the ideal spot for me.”

Hyde has seen Tate throughout his big league career and is hoping he becomes a top-shelf reliever.

“I think he’s pitched well,” Hyde said. “He’s worked on his slider a lot this offseason. He’s thrown quite a few in his couple of appearances. His fastball velo is there. He’s throwing a bunch of strikes. The two-seamer, the sinker, is really a weapon, and he’s gotten a ton of bad swings on it.

“Changeup’s there, that’s improved as well. The slider for Dillon is the key. It’s something that’s he’s put a lot of work in this offseason, and it’s translated so far.”

The 27-year-old right-hander, who was acquired from the New York Yankees in the trade for closer Zack Britton in July 2018, has been with the Orioles longer than most players in the organization.

“I see more guys that are getting their feet cemented into major league baseball,” Tate said. “Guys that are making their presence felt when they’re on the field. I feel like each year, it’s just been increasing. It’s just more guys. Maybe it was only a couple of guys previously. Now it’s a handful. That number is continuing to go up. That number is encouraging, and I think it shows the growth of the club.”

Sunday game-time changes: In recent years, Sunday home games have begun at 1:05 p.m. Except for the first two Sunday games (April 17th vs. Yankees and May 1st vs. Red Sox) and the last two (September 11th vs. Red Sox and September 25 vs. Astros), they’ll begin at 1:35 p.m.

It’s not a change made unilaterally by the Orioles, but it’s mandated by Major League Baseball to accommodate its national media rights requirements.

The Orioles’ May 27th game at Boston will be shown exclusively on Apple TV+.