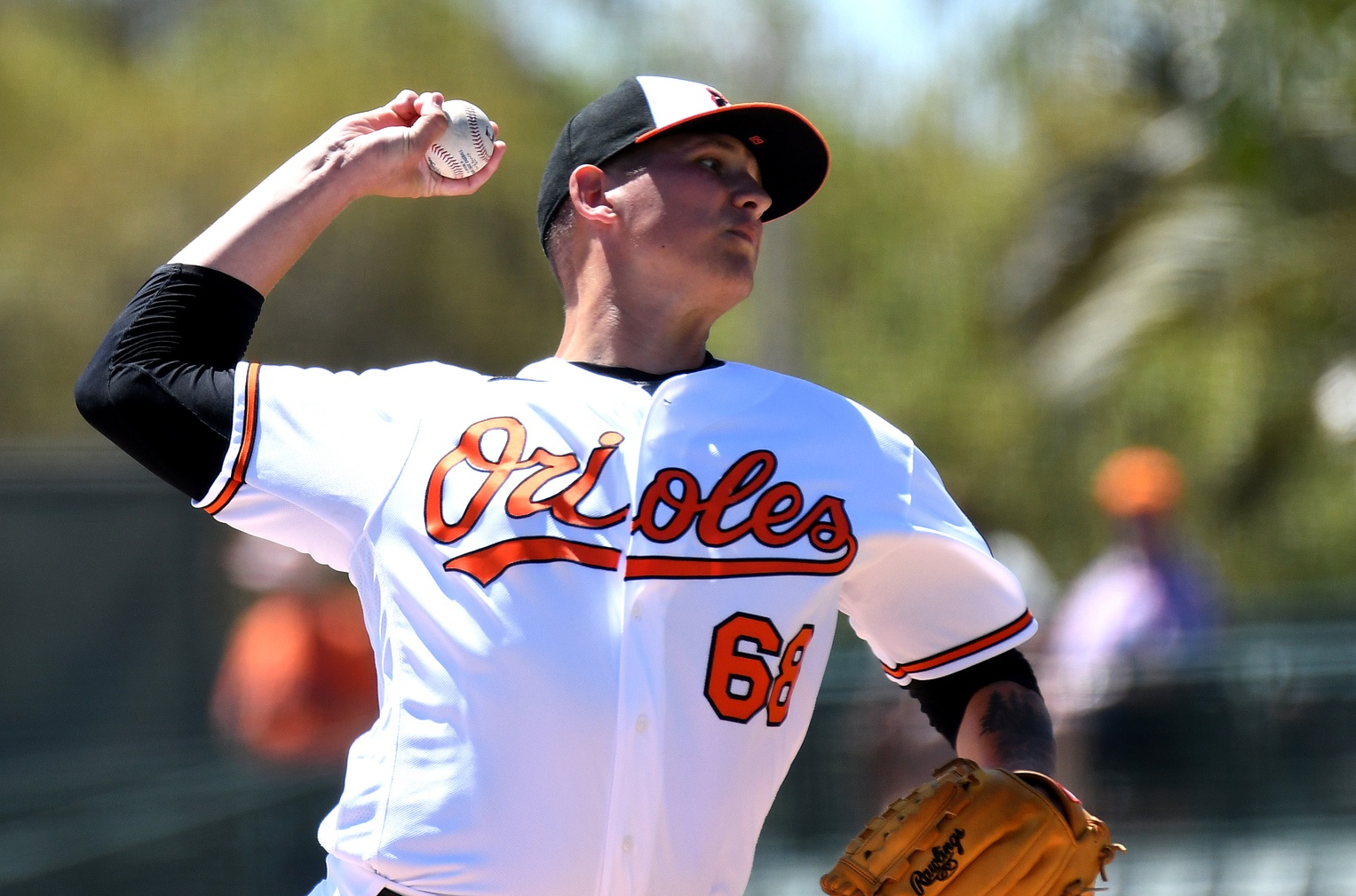 SARASOTA, Florida-What’s happening? Jordan Lyles has recovered from his stomach illness, and manager Brandon Hyde is planning to pitch his top two starters, Lyles and John Means, in Sunday’s game against the Detroit Tigers at Ed Smith Stadium at 1:05 p.m.

Hyde isn’t sure in what order Lyles and Means will pitch. Lyles was supposed to start on Friday against Tampa Bay in Port Charlotte but was scratched because of illness.

“We’re still trying to figure that one out,” Hyde said of the pitching order.

“We’re going to see how the game goes,” Hyde said.

Tyler Alexander will start for Detroit. The game will be broadcast on WBAL/98 Rock with Geoff Arnold and Melanie Newman.

What’s happened?—Tyler Wells allowed a run on four hits in 2 2/3 innings as the Orioles beat the Pittsburgh Pirates, 14-5, before an announced crowd of 5,367 at Ed Smith Stadium on Saturday night.

Wells walked one and struck out three. In his first Grapefruit League start, Wells pitched two scoreless innings against Minnesota on Monday. Last season, Wells was a Rule 5 draft choice and spent the season in the bullpen, closing games near the end of the season. His role this season might be different.

“I would say I’m definitely preparing for something in the longer role,” Wells said. “I’m not 100 percent sure if that would be a starter. It may be a tandem starter type of thing. It’s kind of really hard to say whether I’ll be a starter or not given the circumstances we’ve been given. It’s a shorter spring training. The lockout confused a lot of different things, and that time period that we usually have to build up to that five-, six-inning role, it made that a lot more difficult.”

Last year, the Orioles were careful with Wells’ innings because he’d missed 2019 after Tommy John surgery and 2020 because of the canceled minor league season.

“It’s really difficult to say what the ultimate goal will be by the end of the season,” Wells said, “but right now, I feel like I’m preparing for a longer role.”

Hyde said that using Wells as a piggyback starter is a possibility.

“It’s definitely a consideration,” Hyde said. “We liked how he threw the ball tonight … I thought he had really good stuff tonight. Wellsy’s on track to get off to a good start this year and we’re going to figure out what role to put everybody in this year.”

Before the lockout, Orioles pitching coach Chris Holt told Wells to prepare for a longer role.

“It wasn’t ‘for sure, this is what’s going to happen,’” Wells said. “A hard-set thing, but ‘we’re kind of exploring a couple of possibilities for you, so just be prepared for that coming into camp.’

“Little did we expect or maybe we did expect for the lockout to last as long as it did, so that I would say, it possibly threw a wrench in the plans for what we were hoping for as far as a full-on starter. Given the shortened spring training, it will be a little harder to get that full length.”

Keegan Akin allowed three runs on three hits in 1 2/3 innings. He walked two and struck out two. In his two outings, Akin has walked five in 2 1/3 innings.

“Got to eliminate those,” Akin said. “They’re going to get me in trouble, as you saw today.”

In the fifth, Akin walked leadoff batter Greg Allen, who scored on Yoshi Tsutsugo’s double. Last spring, Akin didn’t make the team because of his ineffectiveness in the spring. He ended the season with a 2-10 record and a 6.63 ERA.

“Last year, was hit or miss. I didn’t feel comfortable at all,” he said. “I think right now with the short camp, they’re trying not to stretch guys out too much for injuries, and we’ve got a lot of guys competing for starting spots. We’ve got our innings when we can, whether it’s starting or coming out of the bullpen.”

What’s up with Brett Cumberland? Cumberland was obtained from the Atlanta Braves in July 2018 as part of the trade for starter Kevin Gausman. He’s one of seven catchers still on the spring training roster.

“I was here for the first time last year,” Cumberland said. “It’s just a great experience to talk to all these guys. You learn a lot from them.”

Cumberland had an unusual stat line at Triple-A Norfolk. He hit .187 but had a .352 on-base percentage. He hit 10 homers and drove in 23 runs. He  threw out 30 percent of runners attempting to steal.

“I’ve put in a lot of work to get to where I am,” Cumberland said. “Being where I am has been great. Obviously, I’d like to make the major leagues. I’ve had some success. Certainly last year wasn’t a great year, but I still did some things really well, like getting on-base. I just want to see if I can improve on that and just continue to do my best and see where this career takes me and see what God has in store for me.”

What’s what? It’s possible that the Orioles won’t have five starters and instead will use Means and Lyles and a number of pitchers who can throw multiple innings as starters or relievers.

What’s the word? “It’s so fun to watch him play. He’s the real deal. Just watching his at-bats, you can tell they’re different from everybody else’s. Seeing him behind the plate and how good he is with pitchers, seeing how good he is receiving and how awesome he is off the field. He’s a good friend of mine, and I’m excited to see what his future holds.”-Cumberland on Adley Rutschman