Orioles' Santander looks to rebound; Baseball is a family business for Vavra - BaltimoreBaseball.com 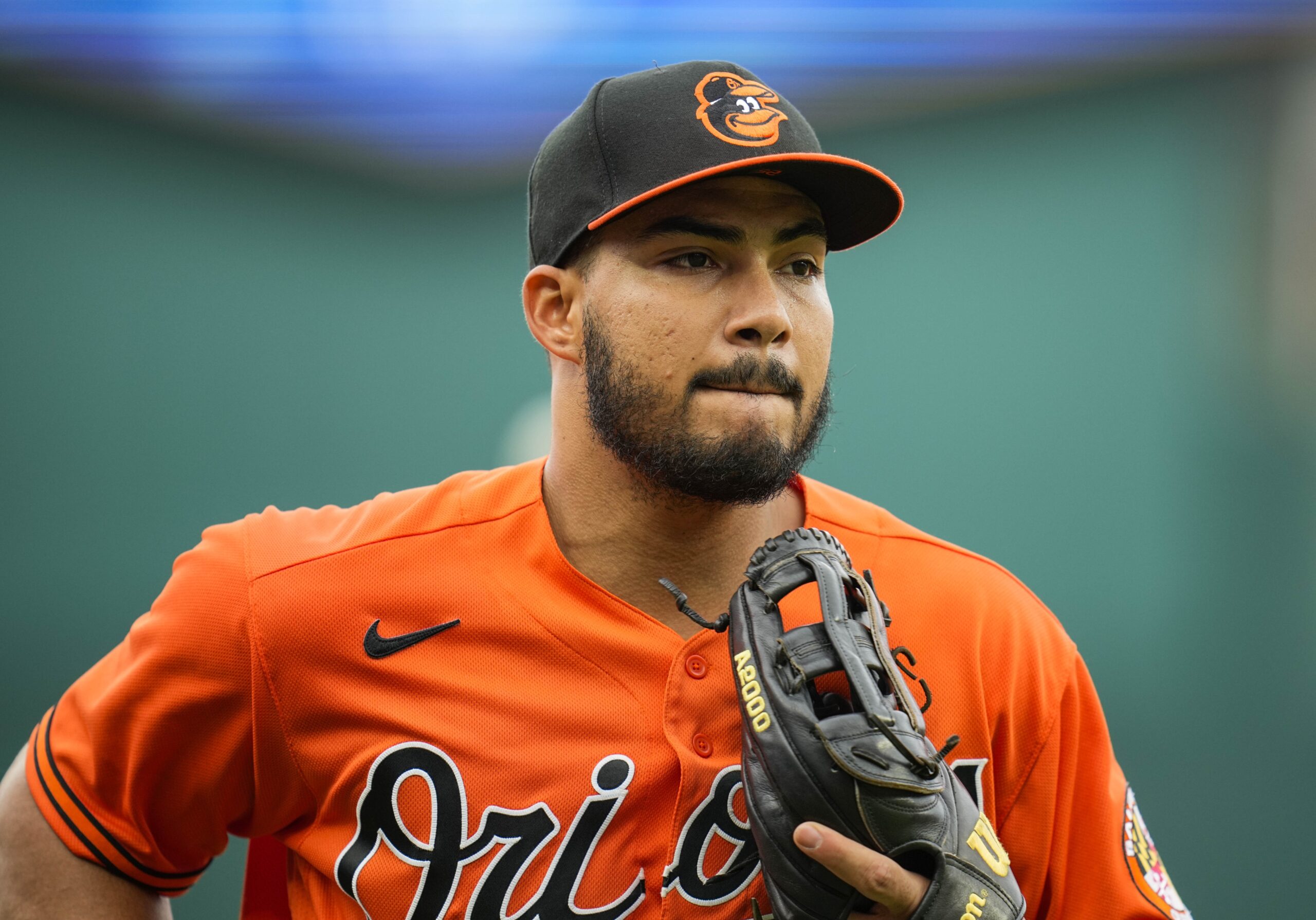 SARASOTA, Florida—Anthony Santander is back in Orioles’ camp and feeling healthy. He hopes to stay that way.

Santander, who was named Most Valuable Oriole in 2020 despite missing the last three weeks because of an oblique strain, was limited to 110 games last season because of a sprained ankle and a strained left knee.

“I feel really good. I feel I had a good offseason,” Santander said through a translator. “It’s been a good camp so far. I’d say I’m probably 90 percent there, but it’s been great getting back to the swing of things in spring training.”

Santander hit his first home run of the spring, a two-run shot in the first inning against the Pirates on Saturday night.

“I was injured, but I want to keep that in the past,” Santander said. “It’s a new season, a new year, and I want to focus on what’s to come this year.”

Feeling healthy has given him a positive outlook.

“Zero mental issues at all,” he said. “I put in a lot of work in the offseason. I feel great coming into this, and I know I’ll do great this year.”

Santander said he worked hard to come to spring training in good shape.

“Getting better every day,” Santander said. “It was important to me to drop 10 pounds in the offseason and, of course, working on my defense. It was a big point of emphasis going into the offseason.”

Santander is impressed with his teammates.

“Definitely you’ve seen a big difference so far,” he said. “We’ve seen guys like Cedric Mullins, Austin Hays produce at the major league level and do a good job. I’m excited to see all these young prospects coming up at the highest level for us. I’m happy to be here. I know there’s a great future for us.”

Santander showed glimpses of his power in 2021 and knows he can do better.

“The most important thing for me is staying healthy,” he said. “I know I can’t control the results. I’m not going to focus too much on that. I’m just going to focus on what I can do. I’ll do whatever I can to help the team win this year.”

Family business: Infielder Terrin Vavra, who was obtained from the Colorado Rockies in August 2020 in the trade for reliever Mychal Givens, was put on the 40-man roster in November. Then the lockout hit.

Vavra is one of four members of his family to play professional baseball. His father, Joe, was in the Los Angeles Dodgers organization in the 1980s and had a long coaching career with the Minnesota Twins and Detroit Tigers.

His brothers, Tanner and Trey, played in the Twins’ organization.

“Last year was frustrating, spending a lot of time on the sidelines,” Vavra said. “It was tough to watch, especially when you start to meet some new guys and be a part of a new organization. You want to show what you’re capable of and you want to be out there developing those relationships, but I think I was still able to do that and still able to get my feet wet and I think I was still able to develop as a player and make the most of every opportunity I had last year, and I look forward to the next one.”

Manager Brandon Hyde has played Vavra at second base and center field.

“I like his at-bats,” Hyde said. “I think he’s got a chance to hit. It’s a short swing, a simple swing. It’s nice he can play multiple positions. This is a great experience for him in that he’s getting some off the bench, trying to get as many at-bats as possible. I’m impressed with his work. He’s got a chance to hit.”

Vavra was able to train with his father, who’s retired from coaching, and his brothers, who are coaching in the Minneapolis-St. Paul area.

“Right after I was added to the roster, I had to not communicate with the team for an extended period of time,” he said. “A lot of it was reliant on yourself to really assess yourself and know what you need to work on, where you stand within the organization.