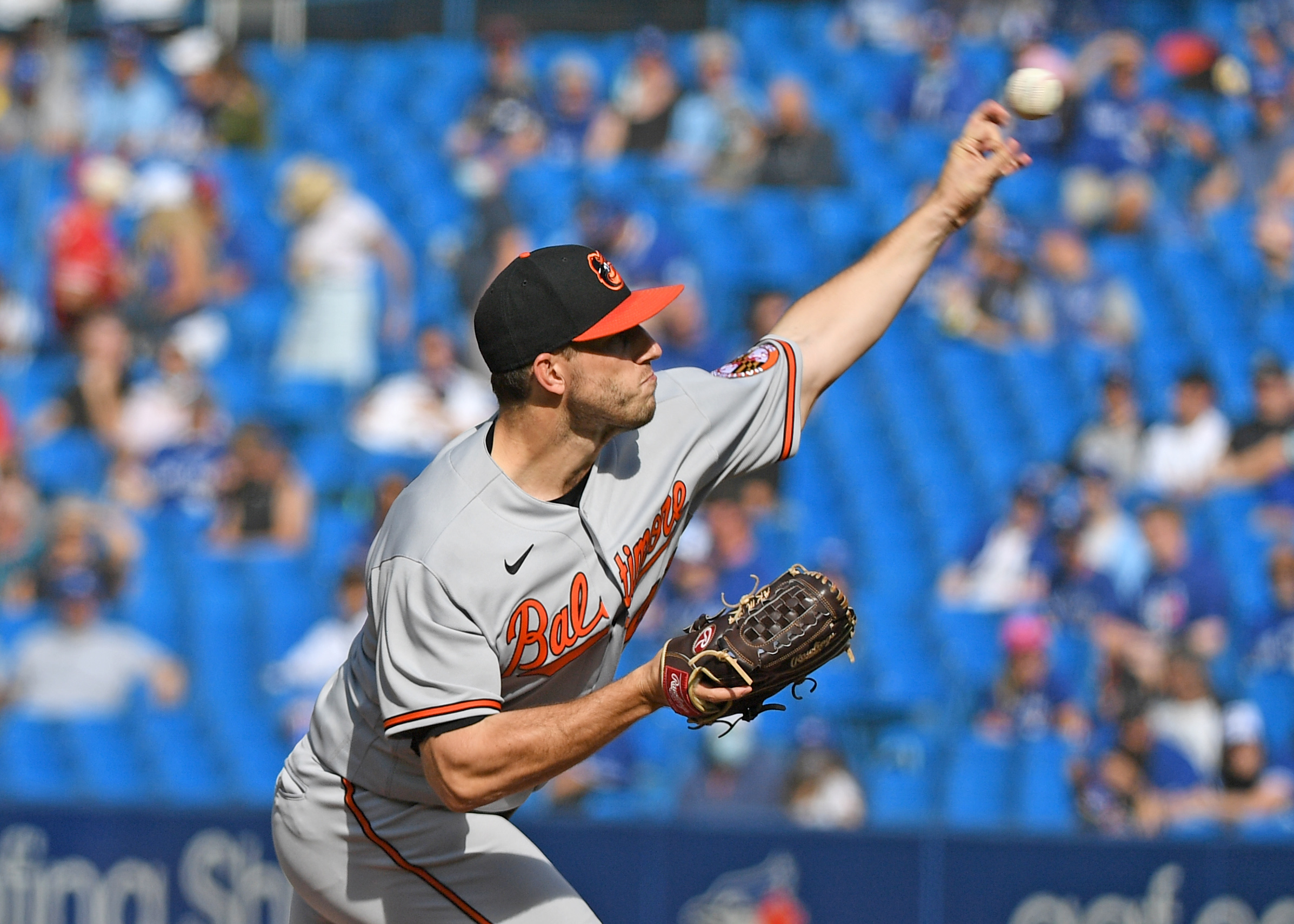 BRADENTON, Florida-What’s happening? Kyle Bradish, who was put on the 40-man roster last November, will get his first spring start when the Orioles play the New York Yankees at 6:35 p.m. on Wednesday at George M. Steinbrenner Field in Tampa. Deivi Garcia will start for the Yankees, who are also scheduled to pitch Luis Medina, Luis Gil, Chad Green, Wandy Peralta, Clay Holmes and Lucas Luetge.

The game will not be broadcast on television or radio.

Tuesday was the deadline for the exchange of figures for players eligible for arbitration. Left-handed reliever Tanner Scott agreed to a one-year contract for a reported $1.05 million, according to FanSided.

They also renewed the contract of right-hander Tyler Wells.

What’s happened?-In his first spring start,  Means allowed four runs, one unearned, on five hits in 2 1/3 innings as the Orioles defeated the Pittsburgh Pirates, 10-9, before 2,498 at LECOM Park on Tuesday. Means, who struck out one and walked one, pitched a perfect first and allowed a hit in the second before encountering a more difficult third.

“I was trying to work on the breaking balls that last inning. That’s got to get better,” Means said. “The changeup was good today. The heater was OK. A couple of them caught the plate and got hit, but I need to get ahead, especially with the curveball. Honestly, I felt pretty good, felt strong all the time, just trying to work on some things.”

With 17 days between now and Opening Day, Means is trying to adjust his body clock.

“A little crazy,” Means said. “It’s just been a weird spring. Obviously, we’re looking forward to it, and we’re all really ready to get going.”

Dean Kremer allowed one run on three hits in two innings. He struck out two and hit a batter.

“I think you do see more confidence. I think he fully understands that he’s here competing for a job and wants to show the coaches and the front office that he’s made improvements this last year and his command is better. He’s right with one of those guys that in the mix of competing for a job, and he’s fully aware of that.”

Before this season, third baseman Kelvin Gutiérrez had played just two innings at first in the major leagues. Hyde started him at first on Tuesday so that he could start Tyler Nevin at third.

“I think it’s good for [Gutiérrez] to play other positions,” Hyde said.

Nevin, 24, can play first, third and the corner outfield positions.

“I think that Tyler’s got a chance to hit,” Hyde said. “I like the way he swings the bat, and I’d like to move him around a little bit, see if he can play different places.”

“I think we have some options over there, but I think it’s more about looking at Tyler … The positive is he wants to do it. I think that he’s trying to stick in the big leagues. We [don’t have] established guys all over the field. If he has a chance to play other spots, I think that’s just beneficial for him.”

Nevin, Rylan Bannon and Kyle Stowers, who started in right field, each had two RBIs. Bannon and Stowers homered.

“Seeing how big leaguers do it,” he said. “We have guys that have played in the big leagues for a good amount of time. I know it’s a young team overall. There’s a lot of people you can learn a lot from and also attention to detail. Every level you go up, everything’s stressed a little more, hammering in those little details.”

“Awesome, great experience. They’re all great dudes,” Dorrian said. “Watching them, even learning from them, little things or little cues they have at the plate that help them out, I can try them out and see if they work for me as well.”

What’s what? It’s been more than 10 years since the Orioles have had a homegrown player from the Dominican Republic. Right-hander Ofelky Peralta, who has been in the organization since 2014, would like to change that.

“That would be a great honor and that would be super exciting to be able to do that,” Peralta said through a translator.

Until the arrival of Koby Perez as the head of international scouting, Peralta was one of the few prospects the Orioles signed from Latin America.

“It makes me feel really happy and proud because there’s a lot of talent in the D.R.,” Peralta said. “Surely, any of the young guys can always count on me with any wisdom or advice I can give.”

Peralta’s advice is simple: “To focus, work hard and know what you want. Hopefully the goal is to reach the major leagues. [We] have a lot of people back home we do it for.”

Peralta, who appeared in Sunday’s game against Boston in Fort Myers, was reassigned to minor league camp on Tuesday night.

What’s the word? “My spring training ERA has to be over 10. It’s never gone well. It’s just par for the course. I’m working on some stuff, so maybe I would have approached it a little bit different if it was a real start. I feel good body-wise, so that’s all that matters.”-Means on his spring training starts.