Orioles' Hays brings a healthy outlook and body to the 2022 season - BaltimoreBaseball.com 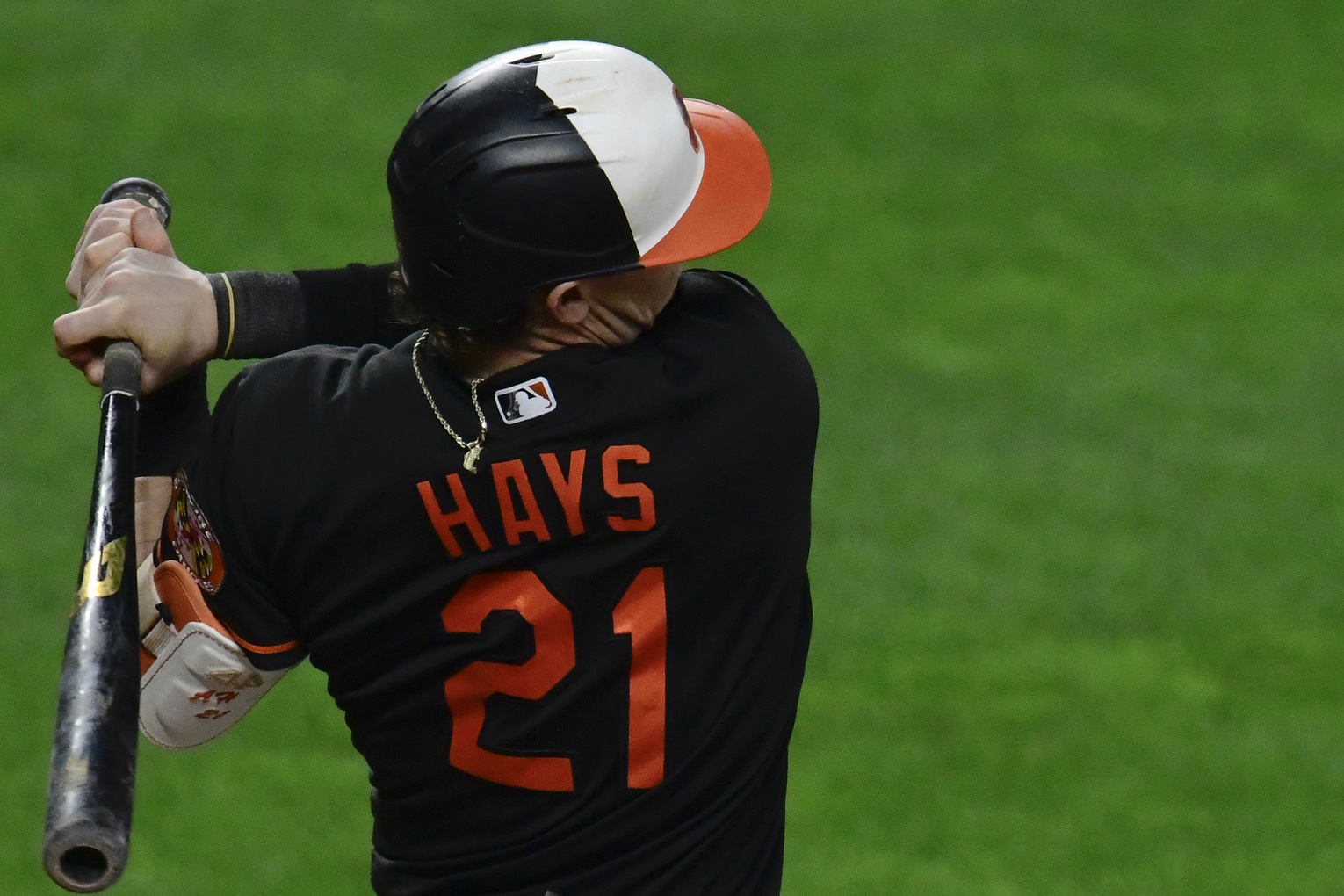 SARASOTA, Florida—Orioles outfielder Austin Hays played a career-high 131 games last season, nearly double the number he played in in his first three major league seasons. Hays had two stints on the 10-day injured list because of right hamstring strains. He also dealt with a core-muscle injury that began in the middle of May.

He remembers hurting it during a series at home against the New York Yankees.

“Tyler Wade hit a ball over the third baseman’s head, and I was running full speed,” Hays said. “It was a full-extension dive. I landed on my belt buckle, and that’s what we trace it back to, where my [abdomen] is connected to [the] pelvis and it started to detach a little bit, and then throughout the course of the year, it just tore more and more and more.”

The issue crept up a week before Hays injured his hamstring for the second time. He returned on June 11th but missed just two games the rest of the season.

“It’s something that you have to learn to do in the big leagues,” Hays said. “Manage nicks and knacks here and there and get it fixed in the offseason. That’s what the offseason is for, is to get healthy. You’ve got to learn how to play with some nagging stuff.

“I think it was really good for me last year.  I learned a lot from [former Orioles shortstop] Freddy Galvis. He’s been around for a long time. He reached his 1,000th game last year. I picked his brain a lot, how to manage your body, pick your spots here and there. I was really glad I got to play with him last year.”

Hays not only played through the core-muscle injury, but he played better than he ever had.

“I started to feel really good, late August,” Hays said. “I really started to heat up and it just carried it through September, I think. The biggest thing is, I’ve just been healthy in September. I think that’s the one thing you can’t replace.

“When you’re healthy, and you’re in the lineup every day, that’s when you tend to get hot. For whatever reason, when September rolls around, you think it would be the other way around. Later in the year, you wouldn’t be feeling good, but it seems like later in the year, I’ve found a way to get my health where it needs to be.”

After the season, Hays had core-muscle surgery by Dr. William Myers in Philadelphia, and he began his rehabilitation.

“It was a lot more difficult than I thought it was going to be,” Hays said. “You start walking the day of the surgery, so it’s kind of grueling the first week or so. The more you move the better, it feels.

“The more you lay around, the worse it hurts. I just started moving around right away. I started hitting and throwing early on. It was something Dr. Myers recommended so that my body could get used to those baseball movements again. I’d say around late January, I started feeling really good. I haven’t had any issues. The soreness is pretty much gone and body’s 100 percent now.”

Hays’ career has been affected by injuries, but he hasn’t dealt with anything as serious as Trey Mancini, who had colon cancer surgery in March 2020, or good friend Cedric Mullins, who revealed he had Crohn’s disease last month. Mullins had intestinal surgery in November 2020.

“He was a lot lighter, and he’s trying to put weight back on. He just didn’t want anybody to know about it. He wanted to keep that spotlight off of himself. Trey was dealing with a lot of stuff, and he wanted to make sure Trey was getting the recognition for what he had gone through.”

In Sarasota, Hays’ locker is next to Mullins’ with Mancini one cubicle away.

“To be able to pick their brains and talk to them when you might be feeling down and out because you’re dealing with stuff, your body’s feeling not quite right. These guys came back from stuff that was far worse and performing at a high level. To have them around to keep my head on straight is real nice.”