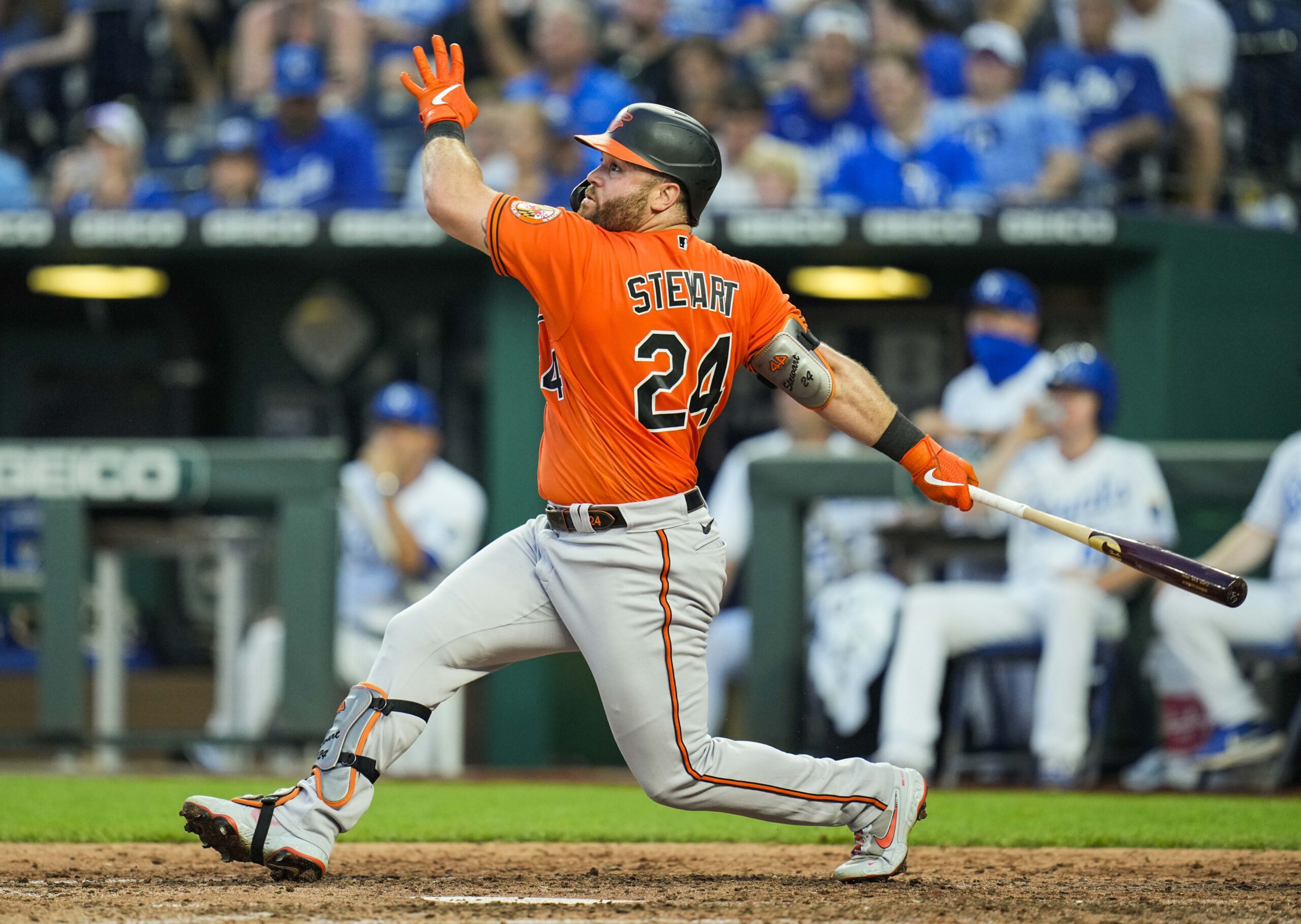 SARASOTA, Florida—DJ Stewart was the Orioles’ top draft choice in 2015. After 192 games over four seasons, the 28-year-old outfielder faces a crossroads season in 2022.

Stewart has a tough lineup to crack. Cedric Mullins is the centerfielder, and Austin Hays and Anthony Santander are the regulars in left and right field. Trey Mancini probably will get most of the at-bats at designated hitter, and first baseman Ryan Mountcastle will get some DH days, too.

Manager Brandon Hyde has indicated that Mancini will get some work in the outfield, opening up some DH slots, but Stewart needs to make a strong impression to work his way back into the Orioles’ plans. Coming up are a number of promising outfielders, including Kyle Stowers, Colton Cowser and Heston Kjerstad.

“I can’t look at stuff like that, honestly,” Stewart said. “Every year is big. I can’t go out there and put more pressure on myself. At the end of the day, I’m playing for the Orioles and trying to make the team as much as I can. I know the roster, how it is, but I want to be a part of it more than anybody. If not, we’ll see what happens. I’m glad to be here right now, and look forward to making the team.”

“No pain, they did a great job with the surgery,” Stewart said. “It’s not 100 percent, but it’s good enough to play and build myself up as spring goes. It happened in May when we were in Chicago, and I was playing with it throughout the whole year. At the end of the year, it was getting worse and worse. If I delayed it further, it could have been a longer recovery. Ultimately, that’s what made me decide to have surgery to be ready.

“It definitely was bothering me. I had good days when I’d show up and it wasn’t bothering me much. I had days where I was sitting in the training room for two hours before to just get out there and play. It definitely was affecting me. I’m not making any excuses. It’s strengthening stuff. I’m OK to play. It’s just I have to go through all my rehab stuff, still. There’ll be a point where I’ll feel normal again. I feel fine, but still the strength isn’t 100 percent in that leg.”

“He looks great,” manager Brandon Hyde said. “I think he’s in really good shape. He’s coming off the knee, did a great job of rehabbing that and staying in shape this winter.”

“It wasn’t a big focus of me, losing weight, [but] I ultimately did,” he said. “The training process that I had, I actually went to a different place called Torch Sports Performance in Jacksonville with Mike Baumann and Tyler Wells. The guys there did a really, really good job of not only rehabbing me back to health but getting my body in shape. Last year, I came in a little skinnier than I am now, but I just feel much stronger, much more of a baseball-type workout training, so I feel really good.”

Stewart played in the first two Grapefruit League games but didn’t make the trip to Fort Myers for the Orioles’ game against the Boston Red Sox on Sunday.

“I’m going to try to give him as much playing time as possible,” Hyde said. “”DJ is another guy who’s had injury stuff throughout his short career so far. A big goal for him is to be healthy and be there every single day. It’s a big year for him, and a big camp.”

Stewart looks to his wife, Brooke, for guidance.

“She’s a big support system, talking to her and not taking the game home,” Stewart said. “That’s a big thing. I like the changes that we made with our hitting coaches, nothing against [former hitting coach] Don Long or anything. I had success with these guys at the alternate site. You guys saw it when I came back from the alternate site, the things that we were doing there, we’re now implementing them in spring training. I think it will really, really help me and other guys.”

Stewart struggles as an outfielder and hasn’t fulfilled his promise but has shown power and an awareness of the strike zone. He doesn’t characterize his career as a disappointment.

“No, it’s a part of the process,” Stewart said. “Early on in my career, I was definitely putting more pressure on myself, just trying to prove that I was the No. 1 pick. This game is hard. I’ve never struggled at any other level, college, high school. It’s humbling, obviously. I’m not disappointed. Things could always go better. I thank God every day for where I am and I’m going to keep working to get better every single day.”

No travel for Orioles radio and TV: The Orioles are the only club in Major League Baseball that will continue with remote television and radio broadcasts to begin 2022, according to a report in The Athletic.

No radio or television teams traveled in 2020 because of the pandemic. In 2021, some broadcasters began traveling.

The Washington Nationals, whose games are also on MASN, will continue with remote telecasts, but their radio broadcasters will travel.