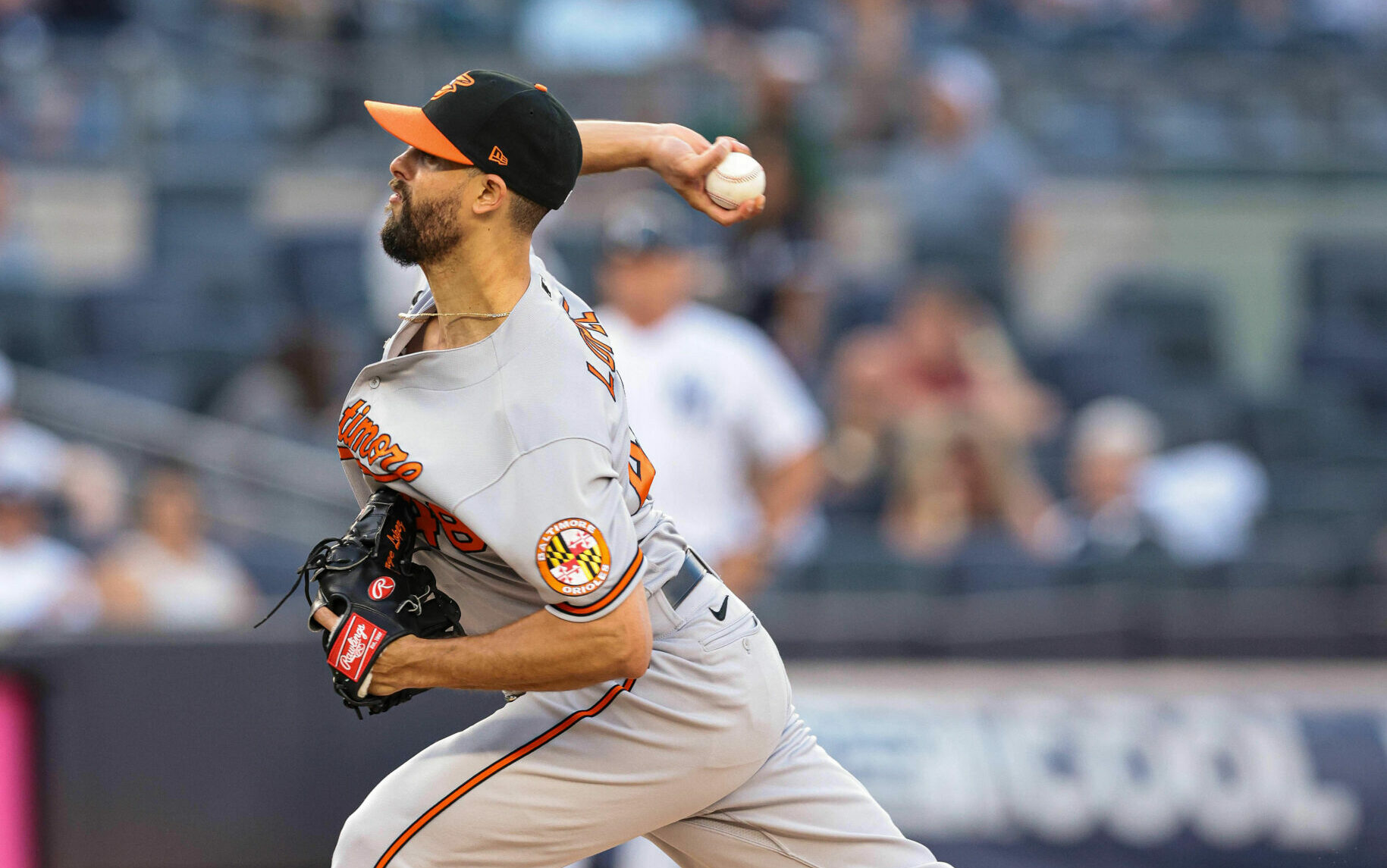 SARASOTA, Florida-What’s happening? After two home games, the Orioles play their first road game against the Boston Red Sox at JetBlue Park in Fort Myers, Florida at 1:05 p.m. on Sunday. The game will be broadcast on WBAL/98 Rock.

Denyi Reyes, a non-roster right-hander who pitched last year for Double-A Portland in the Red Sox organization, will get the start for the Orioles. Ofelky Peralta, Paul Fry, Cionel Pérez, Dillon Tate and Marcos Diplán also are scheduled to pitch. Boston hasn’t announced its starter.

What’s happened?—Jorge López retired all five batters he faced in the Orioles’ 3-3 tie with the New York Yankees before 5,914, at Ed Smith Stadium on Saturday. López, who had success after moving to the bullpen late last season, likes the role.

“Being in the bullpen, you’ve got to be prepared since the first inning,” he said. “You’ve got to be able to be ready every day and keep your body in shape and able to go out there and do the best. It’s a huge difference. I’ve been able to experience both sides, and I feel fine with any of those jobs … As a reliever I feel really good. I’m able to come in from the bullpen and do my best, also.”

“I went to the bullpen, and I was really good, and I stuck with it, but if they want me to be a starter again, I’ll never say ‘no,’’ López said.

His season ended early when he sprained his right ankle covering first on a grounder. The second batter he faced on Saturday, Kyle Higashioka, grounded to first baseman Ryan Mountcastle, who threw to López for the out.

“I told Mountcastle, ‘Thank God’ that I didn’t get the ankle [injured],” López said. “I wanted to go out there and have fun and don’t even think about it. It was OK. That’s why I prepared for myself for in the offseason. I did so much work in the offseason to do those little things.”

Hyde said that he was open to both roles for López.

“I’m going to have him throw extended innings and make a decision at the end,” he said. “I was impressed with how he threw out of the bullpen last year. We’re going to factor in everything and make a call at the end.

“He was one of the first calls that night the lockout was over. He’s in a great place right now. Smile on his face. His work has been phenomenal, his live [batting practice sessions] have been lights out, the way he showed it at the end of the year last year. It’s been a pleasure for me. I think he’s really enjoying himself right now.”

It was the first game for Mountcastle, Austin Hays, Trey Mancini and Cedric Mullins. Mancini drove in a run with an opposite-field single in the third. Mountcastle, who set an Orioles rookie record with 33 home runs in 2021, was 2-for-3 with an RBI single.

“I was seeing the ball pretty decent, and I put one good swing on it,” Mountcastle said. Hays and Mullins were hitless in two at-bats.

What’s up with Félix Bautista? Bautista, who was placed on the 40-man roster last November, pitched a scoreless seventh, striking out two and walking one.

“I watched Bautista a little bit last year when he was with Norfolk,” Hyde said. “Loved the size [6 feet 5], loved  the arm strength, it’s going to be 100 mph. It’s going to be about command with him, He threw live [batting practice] on the back field. He’s really tough to square up. I’m excited to watch him this camp.”

“Ever since the season ended, [I’ve] been working on it in the Dominican Republic,” Bautista said through a translator about having better command. “[I’ve] been focusing on attacking the hitters and getting off to a first strike.”

Bautista didn’t expect to be added to the 40-man roster. “I was really surprised by it, but I’m really happy to be here,” he said.

Last year was the first time Bautista pitched above Low-A.

“[I] felt great. The thing that helped [me] most was staying healthy all year,” Bautista said. “The goal last year was to end up in Baltimore. God willing, [I’ll] end up there this year.”

What’s what? Fans again can bring individual-sized food and beverages into Oriole Park. Last year, the longtime policy was changed, with the team saying the change was because of the pandemic.

What’s the word? “It’s great. I’ve known Gunnar for a while, and Colton is sort of new here and seems like a good kid. I’m excited for them to be up.” ­Mountcastle on playing with Colton Cowser and Gunnar Henderson on Saturday.