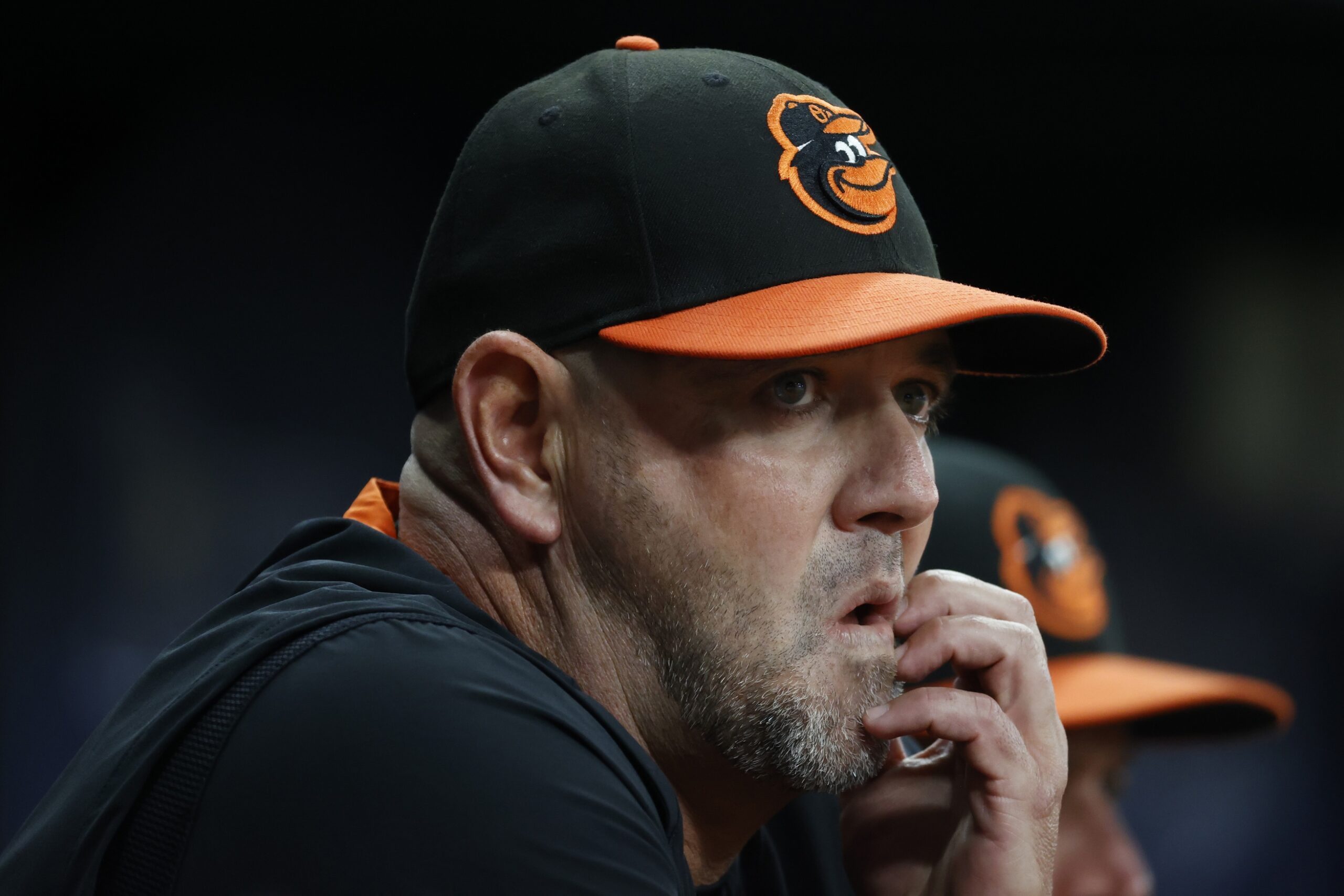 SARASOTA, Florida-What’s happening? The Orioles will play the New York Yankees at Ed Smith Stadium in Sarasota at 1:05 p.m. on Saturday. Ryan Hartman, a non-roster right-hander, will start for the Orioles, and Jorge López, who showed real promise after moving to the bullpen last season, will pitch as well. The Yankees will start rookie Ken Waldichuk. The game will be broadcast on WBAL/98 Rock.

“I want to give them one extra day of being on the field,” said. Hyde, whose team had its first workout on Monday. He said there was batting practice on the back fields.

“Get them some at-bats, pile up the at-bats, give them another day on the dirt with spikes. The guys that are in there [Friday] are a little more ready.”

With the ramp-up time so short, Hyde is going take a cautious approach as the games begin.

“It’s a little bit of a balance right now,” Hyde said. “You’re not going to see us steal a ton of bases early because the way we’ve been trying to ramp up these guys and pace them a little bit the first few days. It’s hard. You want them to go out and give 100 percent, but at the same time, not stretch it into anything where they could possibly get hurt.”

“It was a long time coming,” Hyde said. “We’ve only had four practices before the first game. You saw a lot of first-day mistakes, but it was nice to see another uniform, and our guys were excited to play. I’m glad to get the first one out of the way.”

Watkins, who was re-signed to a minor league contract by the Orioles last November 12th, didn’t get much support but didn’t complain. The Orioles committed their four errors in the first three innings.

“It felt like you were a kid again,” Watkins said. “Getting out in the sun, good weather, facing somebody in a different jersey. It was a lot of fun.”

Watkins, who was 2-7 with an 8.07 ERA in 16 major league games last season, wanted to return to the Orioles.

“Going into the offseason, the Orioles mentioned early on after all the movement happened after the year, they mentioned they were very interested in bringing me back, and I was extremely interested in coming back as well,” he said. “I was grateful for the opportunity to come back.”

Richie Martin, who made two errors, had a three-run double. The Orioles made three errors in the second inning.

“I just thought we had a really bad defensive inning,” Hyde said. “Unfortunate plays … I want to chalk it up to first day.”

Colton Cowser, the Orioles’ top pick in last year’s draft, drew a walk and struck out in his first Grapefruit League game.

What’s up with Rico Garcia? Garcia was signed to a minor league contract last November 12th. The 5-foot-9 right-hander is being held back because he had Tommy John surgery a year ago.

“Slowly being built back up,” Garcia said. He won’t be ready to pitch until after the major and minor league seasons starts and hopes to throw live batting practice in the second week of April.

“I like the culture,” Garcia said. “A lot of guys that are hungry to play … That’s how I came up. Division II school, 30th-rounder, just having that mentality of having fun and playing as hard as you can. That’s one of the things that led me to come here.”

What’s what? Besides Cowser, who played center, the Orioles played a number of recent draft choices, including Hudson Haskin (left field); Joey Ortiz (shortstop), who made an outstanding play; Kyle Stowers (left field); and Jordan Westburg (second base).

‘Second half of the game, it was fun to see those young guys out there,” Hyde said. “I’m going to put them out there more, give them this experience and I want them to see upper-level pitching and have the feel of a major league dugout and a part of a major league spring training game. It was a good experience for a lot of those guys.”

Ortiz made a diving stop and a quick throw to rob Toronto’s Orelvis Martinez of a base hit to end the sixth.

What’s the word? “I’m nervous these next 18, 19 days. I’m hoping we can break healthy.”-Hyde on keeping the Orioles healthy during the Grapefruit League season.

What’s the number? 1. Third baseman Kelvin Gutiérrez was the only likely Opening Day starter in the lineup.