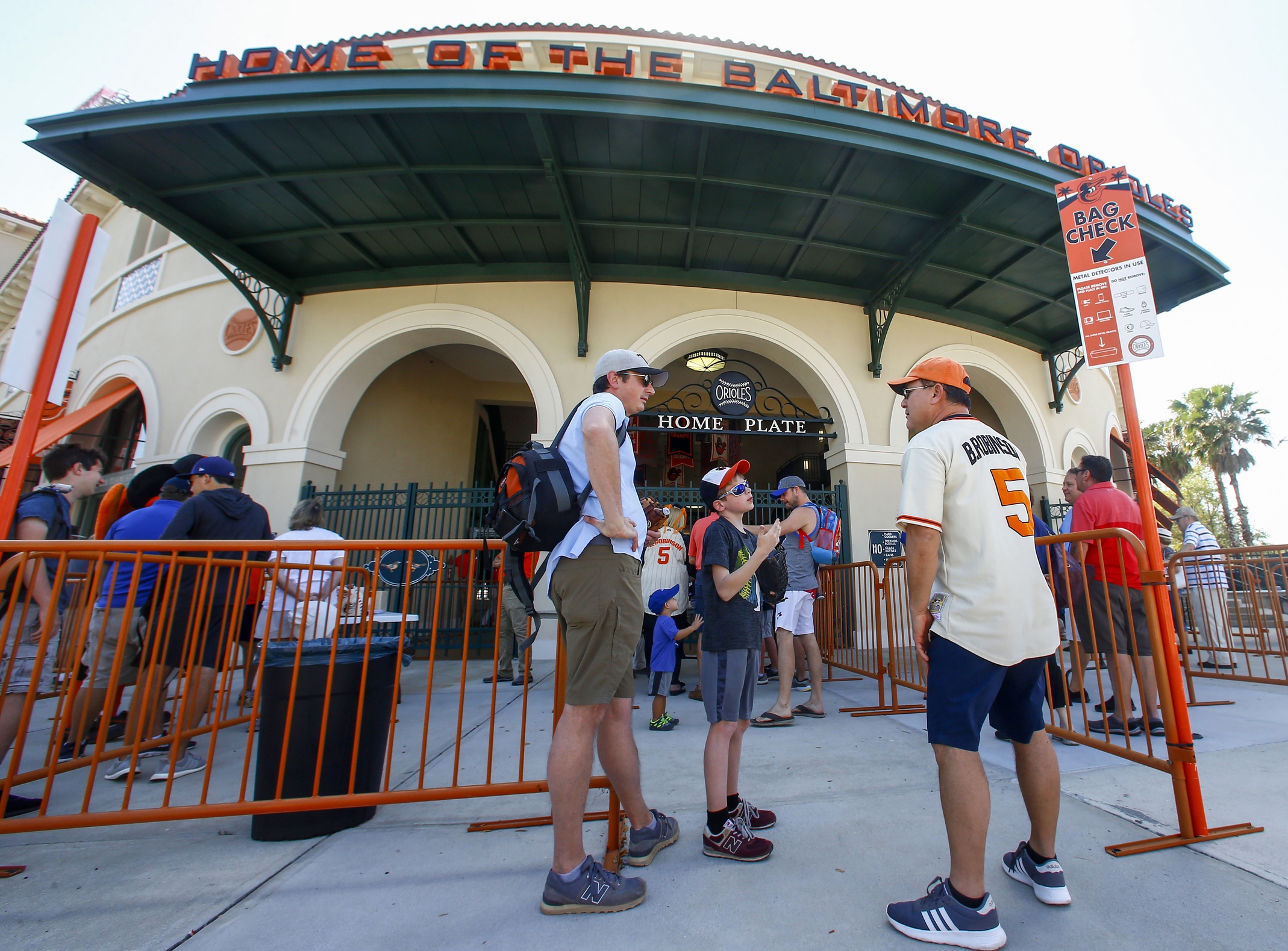 SARASOTA, Florida-What’s happening? After four days of workouts, the Orioles will open their Grapefruit League season against the Toronto Blue Jays at Ed Smith Stadium at 1:05 p.m. on Friday.

Jose Berrios, who was 1-0 with a 1.32 ERA in 13 2/3 innings in two starts against the Orioles last season, will start against Spenser Watkins, who is back with the team on a minor league contract.

The game will be the first to be broadcast on WBAL and 98 Rock, which takes over from 105.7 The Fan. Geoff Arnold and Brett Hollander will call the action.

Manager Brandon Hyde will have 19 games to make evaluations and get his team ready for the regular season. Veterans who got to stay home on road trips will be traveling this spring.

“[Missing] road trips are pretty much out the window,” Hyde said. “We need to play. We don’t have the full month. We only have a short sprint for games. I’m going to ease guys in at first, and then you’re going to see the regulars, hopefully if everybody stays is in good shape and healthy, play quite a bit, especially the last week-to-10 days.”

Hyde will use his pitchers differently.

“It’s not just the arm, it’s reaction off the mound. You want to get them in shape. Some of these guys haven’t been in spikes. Fielding a bunt, covering first, things that always make you nervous in spring training. I want to make sure they’re game ready as much as possible.”

Trey Mancini, who celebrates his 30th birthday on Friday, is going to play left and right field this spring. The designated hitter/first baseman hasn’t played the outfield since 2019.

“I think things happen throughout the season,” Hyde said. “You never know where you’re going to be short … I’m going to see how spring goes. I want to give him reps out there for spring so I don’t surprise him during the season.”

What’s happened?—Before Thursday’s workout, Hyde reported that there were no new injuries.

Hyde said that Tyler Wells, who ended last season as the closer, and Jorge López, who excelled after moving to the bullpen, would be extended but didn’t commit to specific roles.

Chris Ellis rejoined the Orioles, and Hyde said he would be considered in different roles

“[He’s] in that group as a guy that can give us multiple innings,” Hyde said. “Stretch him out also, just like a starter, and we’ll see how it goes.”

What’s up with Jacob Nottingham? Nottingham was signed by the Orioles to a minor league contract. With catcher Adley Rutschman out for at least two to three weeks because of a strained right triceps muscle, Notingham will have a chance to win a roster spot to begin the season.

“I had a couple of decisions to make, and when it came down to crunch time, it [came down to] what was the best opportunity for me,” Nottingham said. “What would put me in the best spot to get to the big leagues or just have an opportunity to play every day. I had a call with a couple of guys before I signed here and heard nothing but great things.”

Nottingham played 53 games from 2018-2021 with Milwaukee and Seattle. There is a clause in the new collective bargaining agreement jokingly named after him. Nottingham was put on waivers by the Brewers and selected by the Mariners on April 28th.  After his contract was purchased by Milwaukee four days later, he was claimed again by Seattle on May 20th.

The new rule says that a player can’t be claimed for a second time on waivers by the same team before each of the other teams has an opportunity to claim him.

“Last year was a big learning year on what this business can do to you,” Nottingham said. “It wasn’t a fun experience. It wasn’t the ideal thing to happen in my career. Someone had to go through it for this rule to be applied. Now I laugh about it, but for a while it was a tough subject to think about and talk about, but now we’re here, new beginnings, so I’m excited.

“I think people assume everybody’s making a lot of money, but when there’s times like that, it’s hard on me and my family just because the unknown is not fun … especially when you get passed around, but you know it happened, and I’m glad nobody has to go through it again.”

What’s what? Spring training games are scheduled through April 6th, and it will be interesting to observe attendance. There are many Canadians who vacation on the Gulf Coast and would come to a regularly scheduled Blue Jays-Orioles game.

The New York Yankees, who were scheduled to begin the Grapefruit League season on February 26th, are Saturday’s opponent. Normally, that would be a sellout. The guess here is that the crowd will be a large one.

What’s the word? “I’m holding my breath right now, everything we do. It’s not a great feeling.”­-Hyde on his concern about injuries in a short camp.

What’s the number? 21. Opening Day is just three weeks away, and there is much to be done before the Orioles begin the season against the Tampa Bay Rays on April 8th at Tropicana Field.

What’s the record? 0-0 The Orioles will play the Toronto Blue Jays in Sarasota at 1:05 p.m.