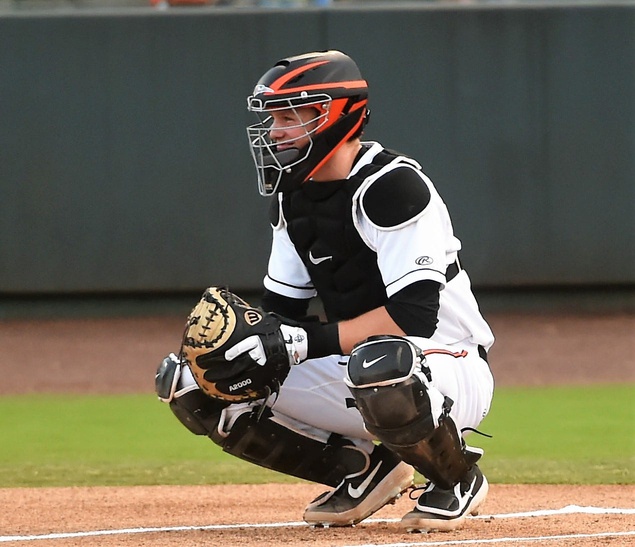 SARASOTA, Florida-What’s happening? The biggest story in Orioles’ camp on Wednesday was the injury to catcher Adley Rutschman, who appeared to have a shot at becoming the Opening Day catcher. Now that the 24-year-old will be out at least two-to-three weeks because of a strained right triceps muscle, the attention will move to other players, including 37-year-old catcher Robinson Chirinos.

The first Grapefruit League will be on Friday. Spenser Watkins, a non-roster pitcher who was 2-7 with an 8.07 ERA in 16 games last year ,will start against the Toronto Blue Jays at Ed Smith Stadium in Sarasota.

Veteran infielder Chris Owings worked out with the Orioles for the first time on Wednesday.

“The new hitting coaches, that’s part of the reason I struggled a little bit in Kansas City,” Owings said. “Made some swing changes, and that’s been a big part of why I’ve been able to stick around. Granted, I can play multiple positions, so that’s helped me a lot. I was impressed showing up here, seeing what everybody is working on, and the intensity and what’s going on.”

“You’ve seen guys that have benefited from the lockout,” Owings said. “I feel like I am one of the guys that has benefited. I went and played winter ball from November to December to test out the thumb, probably had 80 or 90 at-bats, played like 22 games in a row, played infield, outfield, felt good at the plate. Need to stay healthy, that’s been my biggest problem the last couple of years.”

Owings is expected to compete for the shortstop position, and he brought multiple gloves to camp. He even brought a first baseman’s mit,t though he’s never played there in a regular-season game.

What’s happened?—Right-hander Isaac Mattson also won’t start the season with the Orioles. Mattson, 26, is rehabbing a sore right shoulder that bothered him last season and hurt again when he resumed throwing last fall.

“It’s feeling good now. I got off the bump again,” Mattson said.

Manager Brandon Hyde estimated that Mattson is about a month behind the others pitchers.

“It’s a little disappointing, but at the same time I’ve got to control what I can and do the best I can be to be ready when I can be and so I’m just following the steps the training staff has put in place and taking care of my body as best as I can,” Mattson said.

Another reliever, Travis Lakins, who suffered a fractured bone in his right elbow last June 29th and underwent surgery, said he’s ready to go. Lakins was outrighted to Triple-A Norfolk.

Lakins hit Martin Maldonado with a pitch and then walked Jose Altuve and felt intense pain.

“I can’t even grip my fist or anything like that, and ‘something’s wrong,’” Lakins said about the injury. “I knew pretty quickly … I thought it was [Tommy John] because it didn’t feel like anything. I had the same injury in ’16 and ’17. This was just more severe. It didn’t feel anything like that … I was like, ‘this is T.J. for sure,’ and thank the Lord that it wasn’t.”

Lakins is scheduled to throw two innings against Toronto on Friday.

The Orioles signed right-handed pitchers Chris Ellis and Conner Greene to minor league contracts. Ellis started six games for the Orioles last season and had a 2.39 ERA. Greene had a 1-3 record and 7.22 ERA in 22 games.

What’s up with Logan Gillaspie? Gillaspie was a surprise addition to the 40-man roster last November. The 24-year-old right-hander was 1-3 with four saves and a 4.97 ERA for High-A Aberdeen and Double A-Bowie in 26 games.

“I was surprised because I just signed [in] June,” Gillaspie said. “I got a call in the Arizona Fall League, and they said, ‘we’re going to put you on the 40-man [roster]. I didn’t know whether to cry, scream, yell, so I called my dad, and he cried for me. I was too excited.”

The Orioles like Gillaspie’s strikeout-to-walk ratio. Last season, he struck out nearly five times as many batters (52) as he walked (11).

What’s what? Without Rutschman, Chirinos, who signed on Monday, is expected to begin the season as the Orioles’ regular catcher. Anthony Bemboom and Jacob Nottingham appear to be competing for the backup job. Bemboom and Nottingham have combined for 107 major league appearances.

The other catchers in camp are Brett Cumberland, Maverick Handley and Cody Roberts.

What’s the word? “I’ve played it in spring training. I don’t have an official game there. I have played multiple times in spring training. If I could pop over there. I’m definitely able to do it. Catcher is where I draw the line right now.”–Chris Owings on playing first base and catcher, the two positions he hasn’t played.

What’s the number? 65 With the addition of Ellis and Greene, the Orioles have 65 plays on their spring training roster.