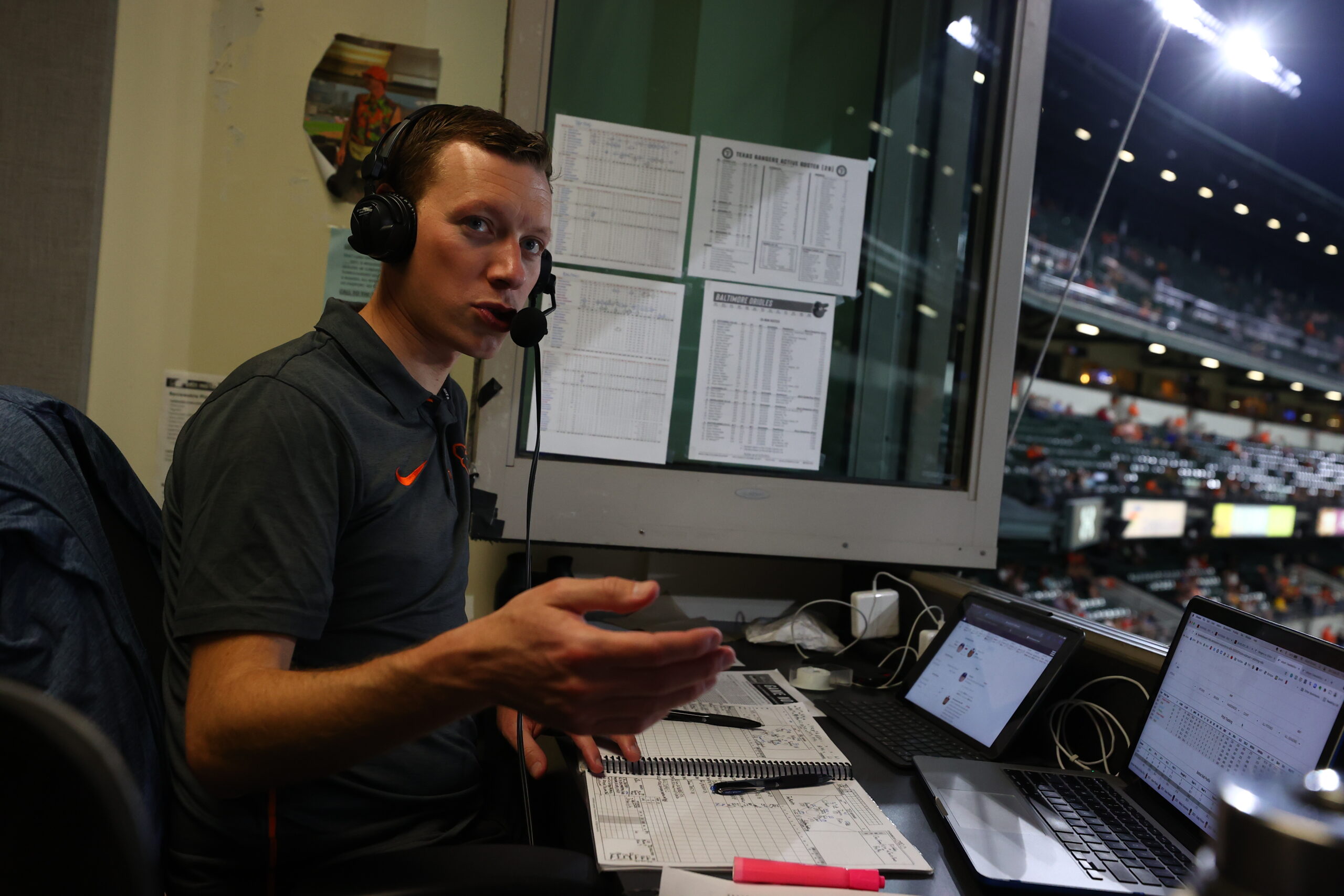 SARASOTA, Florida-The Orioles have made changes to their broadcast team. Kevin Brown, who began broadcasting for the team in 2019, will be the team’s primary television presence.

Scott Garceau, who had been the lead TV broadcaster in 2020 and 2021, will do some televised games and some radio broadcasts. Garceau also host pregame and postgame shows.

Geoff Arnold will return for his third season as the primary radio announcer. Brett Hollander and Melanie Newman both will work games on radio. Hollander will be a radio broadcaster, sideline reporter on MASN pregam and postgame host. Newman will have a number of roles on MASN.

MASN is scheduled to show 161 of the Orioles’ 162 games. The Orioles’ August 21st game against Boston in Williamsport, Pennsylvania, site of the Little League World Series, will be shown on ESPN.

WBAL and 98 Rock are the new radio homes for the broadcasts.

There will be three MASN telecasts this spring: March 24th at 6:05 p.m. against Boston; March 30th against Tampa Bay; and April 1st against Philadelphia at 1:05 p.m.

Regular-season changes: The Orioles’ scheduled March 31st-April 3rd opening series against the Toronto Blue Jays has been rescheduled as a season-ending series from October 3rd-5th. The October 3rd and 4th games begin at 7:05 p.m. A game time has not been announced for October 5th.

The Orioles’ three-game series at Boston, scheduled for April 4th-6th, will be made up as part of a doubleheader on May 28th, with games at 12:10 and 6:10 p.m. The Orioles will travel to Boston for one game on August 11th and play at Fenway Park on September 26th, which were open dates.

The May 27th-30th series is five games, and the Orioles will play four games at Fenway from September 27th-29th.

The Orioles’ home opener will be against Milwaukee at 3:05 p.m. Tickets are available to the general public at  Orioles.com/Tickets.