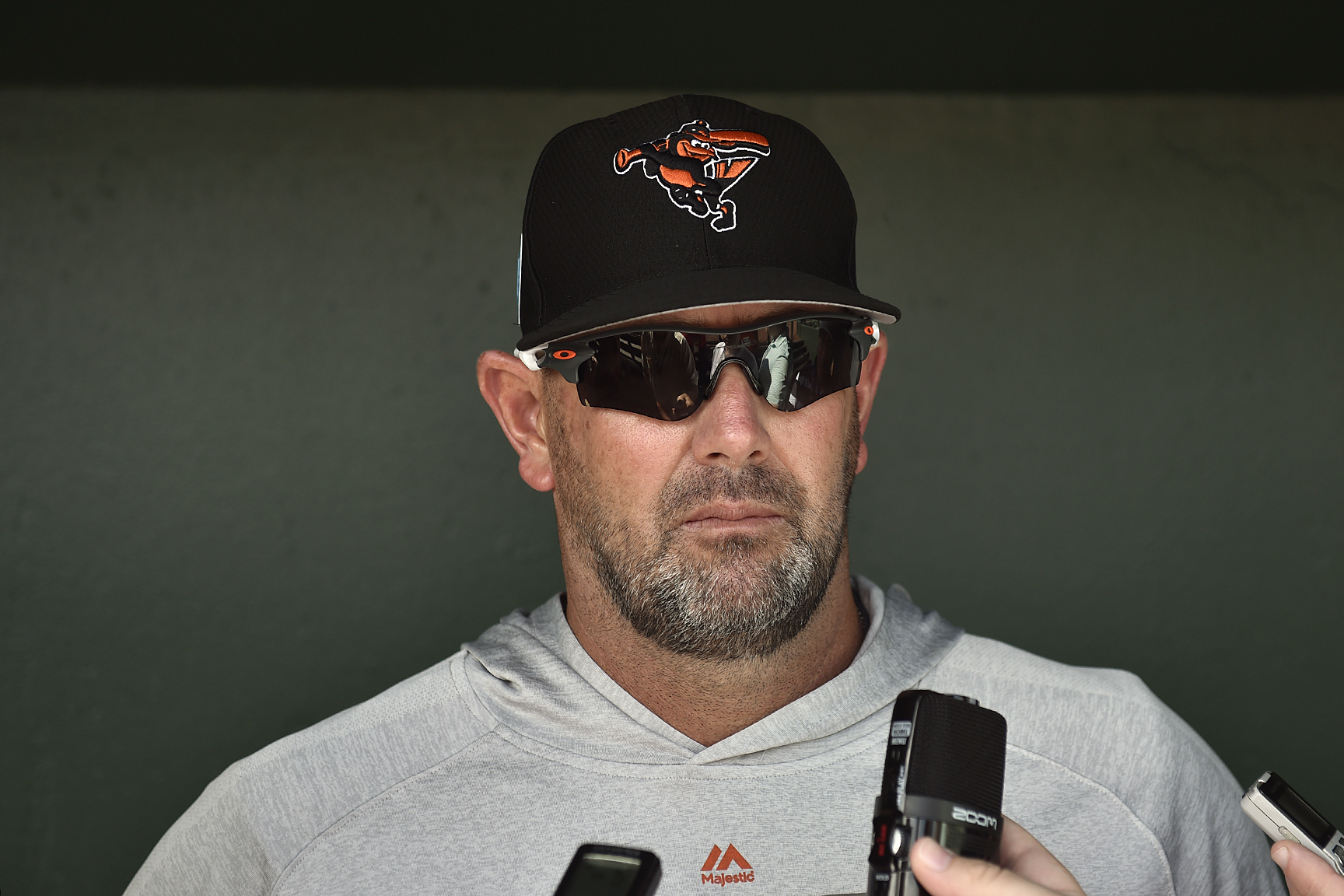 SARASOTA, Florida–What’s happening? The Orioles signed catcher Robinson Chirinos to a major league contract. The 37-year-old Chirinos is the only catcher on the 40-man roster. He’ll receive a reported $900,000 salary, could earn $75,000 in incentives and receives $50,000 if he’s traded.

The Orioles begin their second day of workouts on Tuesday. With just three days remaining before the opener of the Grapefruit League season on Friday against Toronto, manager Brandon Hyde is trying to adjust.

“It’s a big challenge,” Hyde said. “We have guys coming from every part of the country. Guys are going to be all different ways physically right now. To be healthy breaking camp, it’s going to be an enormous challenge. To only have four or five days before games start makes you nervous.”

The regular season begins on April 8th against the Tampa Bay Rays at Tropicana Field in St. Petersburg. There are 19 games this spring, and Hyde hopes that by then, starters can work five innings

The Orioles top pitching prospects, Grayson Rodriguez, who is not on the 40-man roster, and DL Hall, who is, are in camp. In a conventional camp, Rodriguez and Hall would get enough innings to make an impression.

“It’s going to be hard,” Hyde said. “We’ve got 19 games. We’ve got to try to get everybody in there as much as possible.”

Hyde said the Orioles could add “B” games and simulated games.

“This is a kid that would have probably done this already but for the circumstances we’ve had to endure the past couple of spring trainings,” Elias said about Rodriguez. “So that experience of pitching to Aaron Judge or whoever he is going to see, that’s something he hasn’t really had yet. That’s going to be big.

“He did have a spectacular season in Double-A. He logged a lot of innings. We were very careful with him. He’s somebody that’s been here since minor league camp opened, so he’s been pitching and is pretty geared up now, but we’ve got to get him prepared for a full season and one that I very much hope includes a lot of big-league time whenever that comes. But I think that’s within reach for him — if not right away, very soon. We’ll just have to see.”

Hall missed most of the season because of an elbow injury and threw just 31 2/3 innings for Double-A Bowie.

“I think if he is throwing strikes, he’s pretty close to big-league ready,” Elias said. “We may see this guy in the big leagues this year and we may see him quick if it’s the right thing to do … He’s a hell of a talent.”

“It’s going to be a quick evaluation,” Hyde said. “We’re going to be really, really careful, especially with young guys. We’re not going to force them out there before they’re ready to face another uniform.”

Right-hander Jordan Lyles, who is expected to start behind No. 1 starter John Means, was in the clubhouse, and Hyde noted the 31-year-old’s experience.

“It’s huge to have a veteran influence in the rotation,” Hyde said. “He’s been with a bunch of clubs. He’s got a ton of experience. He should feel like he knows what to do to get ready. He likes where he is right now and we just need to keep him healthy.”

Centerfielder Cedric Mullins, who revealed that he was dealing with Crohn’s disease in January, answered questions about his condition for the first time. He had intestinal surgery in November 2020.

“It was a shock to have to go through that,” Mullins said. “My main concern was being ready for the season, and not having to miss any time. Luckily, I was able to do that. I just had to build my body back up throughout the season.”

What’s up with Anthony Bemboom?  The Orioles signed two catchers with limited major league experience — Bemboom and Jacob Nottingham — to minor league contracts during the lockout.

Bemboom played 54 major league games with Tampa Bay and Toronto from 2019-2021. He said there were a few factors that drew him to the Orioles.

“The opportunity to make an impact on the big-league level,” Bemboom said. “Being able to get into an organization that’s trying to build a strong culture, that’s appealing to me. Being with a bunch of different organizations, that’s something that’s important to me.”

In addition to the Rays and Blue Jays, Bemboom has played in the Angels, Rockies and Dodgers organizations.

“I want to help a team win, whether it’s on the field, a support, role player, whatever it is,” Bemboom said.

This time, after a 99-day lockout, all players reported at once, and the first game is five days later.

“I don’t think anybody had an idea of when we were going to start, so guys are in different places physically right now,” Hyde said.

For the first time in more than two years, media members who are fully vaccinated and boosted were allowed in the clubhouse. Masks were mandatory.

What’s the word? “I was just so excited to call our players. That was the hardest part was four months of nothing you could communicate at all with your guys. When they came to an agreement, I called the majority of the guys that night. It was a huge relief.”-Hyde on the effects of the lockout.

What’s the number? 62 With the signing of Chirinos, the Orioles will have 62 players in camp—40 on the major league roster and 22 players on minor league contracts. There’s a possibility of more to come.