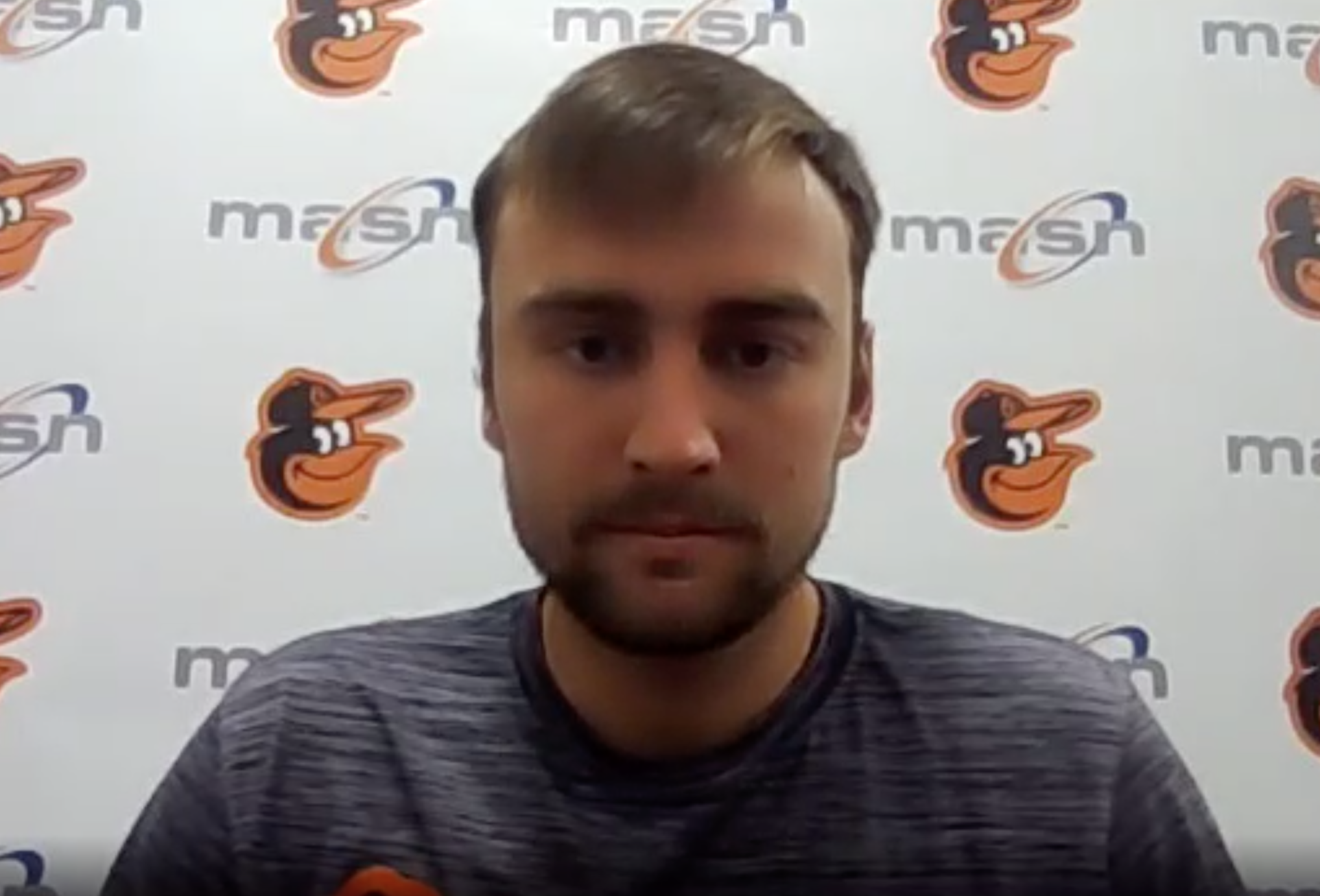 Colton Cowser had an impressive first year in the Orioles’ organization. The left-handed hitting outfielder was the fifth overall pick last summer and, after a seven-game start in the Florida Complex League where he hit .500, he had a strong month at Low-A Delmarva. Cowser hit .347 with a home run, 26 RBIs, more walks (22) than strikeouts (19), and a .904 OPS.

“I don’t really try to look at them at all,” Cowser said in a Zoom interview from Sarasota, Florida. “I think I’ve got to go out there and play my hardest and go about my business. That’s what I’m worried about right now.”

“I think it’s always been part of my game,” Cowser said. “Swinging at good pitches that I can drive and laying off the ones that I’m not going to be able to do a lot with.”

Cowser has been working out with another left-handed hitting outfielder, Heston Kjerstad, who was drafted second overall in 2020 but hasn’t played because of myocarditis, an infection of the heart muscle.

“It’s been awesome. We’re out here in early camp, working, and he’s looking really good and getting back in shape,” Cowser said. “I think he’s definitely ready for the season.”

Cowser has been most impressed with infielders Gunnar Henderson and Jordan Westburg. In January’s minicamp, he played with catcher Adley Rutschman and outfielder, Kyle Stowers. César Prieto, a Cuban second baseman, also has caught his eye.

“He’s pretty impressive,” Cowser said. “It seemed like every ball he hit was barreled, no matter where it was pitched. Just kind of sprayed it around the field, even ran a couple of balls out of the yard. He can hit.”

Baumler’s ready: After sitting out 2021 while recovering from Tommy John surgery, Carter Baumler is ready to begin his professional career.

Baumler was drafted in the fifth round in 2020, and the Iowa high school right-hander signed with the Orioles instead of going to college. In October 2020, he had surgery.

“I’m definitely encouraged by the results,” he said. “It feels really good to be back out there. I’m the same as every other pitcher here at early camp … I’m on track to have a normal year.”

It hasn’t been determined whether Baumler will begin at Delmarva or remain in Sarasota and start his career in the Florida Complex League in June.

“I’m not the one making that decision,” he said. “But I know how I’m pitching right now is where I’d like to be. There are still improvements I want to make.”

Baumler’s goal is simple: “I want to make it through the whole year. No hiccups, just feel like a normal ballplayer again. It’s been a while since I’ve been playing.

“The past two years have definitely been challenging, not playing baseball with Covid and now T.J. is probably the hardest thing I’ve done with my baseball career. With that being said, all the work I’ve put into it, I’m super confident. I feel super prepared for this year.”

“It has made me so happy to be back out there,” he said. “My first outing, I wasn’t locating it where I wanted to. I’m very hard on myself, but just being back out on the mound, facing hitters, I got the feeling: ‘This is why I like baseball so dang much.’

“When you’re doing so much rehab, you’re like, ‘Why am I doing this?’ Getting back out there, facing some hitters and some of the studs we’ve got, it was just awesome to be back out there, such a good opportunity.”

Baumler is ranked 18th by FanGraphs and Baseball America and not ranked by The Athletic.

Henderson’s progress: Infielder Gunnar Henderson spent time at three levels in his first full professional season. Henderson, who was drafted in the second round in 2019, played 35 games at Delmarva, 65 games at High-A Aberdeen and finished with seven at Double-A Bowie.

Among Oriole prospects, Henderson is ranked fourth by Baseball America and fifth by FanGraphs.

Henderson and Jordan Westburg, who also played at the same three levels, split time at shortstop and third base. That could happen again if both start at Bowie.

“I would imagine because they’d like us to both play in the field,” Henderson said. “We usually alternate, so we take reps at both. I don’t think it will [bother] either of us. It just helps with versatility … They haven’t given us any indication.”