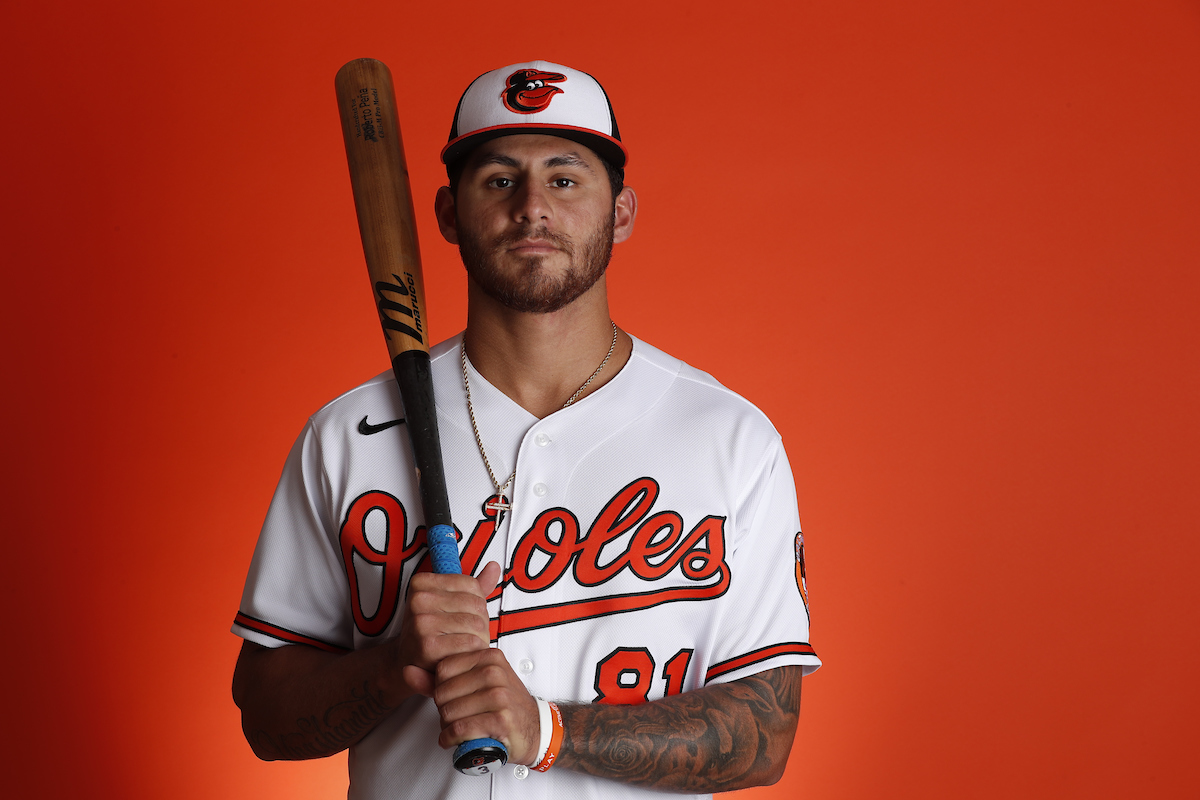 Joey Ortiz has had quite a rise in some minor league ratings, even though he played only 35 games last season. Ortiz, who was drafted in the fourth round by the Orioles in 2019, injured his shoulder in June and had labrum surgery.

Even so, the 23-year-old infielder was rated seventh among Oriole prospects by The Athletic’s Keith Law and 23rd on FanGraphs’ list.

Ortiz hit a combined .265 with four home runs and 17 RBIs in 19 games with High-A Aberdeen and 16 games with Double-A Bowie, stealing four bases without being thrown out. Ortiz drew 16 walks, which boosted his on-base percentage to .353 and his OPS to .801.

The right-handed hitter felt a sharp pain in his shoulder after a swing, tried to return but couldn’t. An MRI diagnosed the labrum injury.

“I’m a full-go right now, and I feel great,” Ortiz said in a Zoom call from Sarasota, Florida on Tuesday. Ortiz, who has played second base, shortstop and third, is in an organization with a number of other promising infielders.

“It’s good competition,” Ortiz said. “That’s what makes us all better. We compete with each other a lot, and I think it pushes us to make our skills better, but I think it also helps everyone else get better as well.”

Ortiz lifted weights during the 2020 minor league season that was lost because of the pandemic.

“It helped me get a little stronger,” he said. “It helped me hit the ball a little harder. It definitely paid off because I was starting to hit with a little more power.”

Ortiz says his determination has helped him in his rehabilitation.

“It was tough at times, for sure, but I’m very hard on myself,” Ortiz said. “I wanted to push through and seeing all the guys playing ball while I was hurt forced me to be like, ‘How do I push myself to get better? How do I push myself to stay stronger so that I can play all season and be a good contributor to the organization?’”

Mayo draws attention: A year after Ortiz was taken in the fourth round, the Orioles selected Coby Mayo in the same round. Mayo, who was one of the few high school players taken in early rounds by the Orioles, couldn’t play in 2020 but had a strong first season in professional ball in 2021.

In 53 games, Mayo, who was held back because of a knee injury, hit .319 with nine home runs and 41 RBIs in the Florida Complex League and Low-A Delmarva. The third baseman stole 11 bases without being caught and walked 29 times with a .426 on-base percentage and a .981 OPS.

Mayo is ranked sixth by FanGraphs and ninth by The Athletic.

“[I’m] trying to elevate the ball more,” Mayo said. “We worked really hard before the season, keeping the ball elevated … Hitting it hard is the big thing. Hitting it hard in the air is the key. That’s how you generate runs, home runs, RBIs, winning ballgames.

“I don’t like to think about hitting too much, as in getting too complicated. I’ve always been a ‘see ball, hit ball,’ kind of guy. I think some guys can get in trouble looking at analytics … I think just ‘see ball, hit ball,’ and picking up the pitches and taking your best swing at the ball is the best way to be successful.”

Norby embraces the challenge: Connor Norby, the Orioles’ second-round draft pick in 2021, led all college hitters with 102 hits in 61 games for East Carolina.

“It’s different than college ball, for sure,” Norby said. “You don’t have class to worry about. It’s an everyday thing. It’s baseball. It’s 365, every day of the year. They’re bringing in a lot of new technology and a lot of new people in general that challenge us every day.

“Talk about hitting, for instance. Every day is a challenge in what we’re doing. You don’t ever see the same thing twice.”

Norby said that he doesn’t overload himself with technology.

“I’m one of those guys that picks and chooses what I want to see,” he said. “I don’t need to worry about spin rate, that type of stuff, what I’m facing. Some guys like to know that stuff, but I’m not one of them.”

Norby played second base in his first pro season.