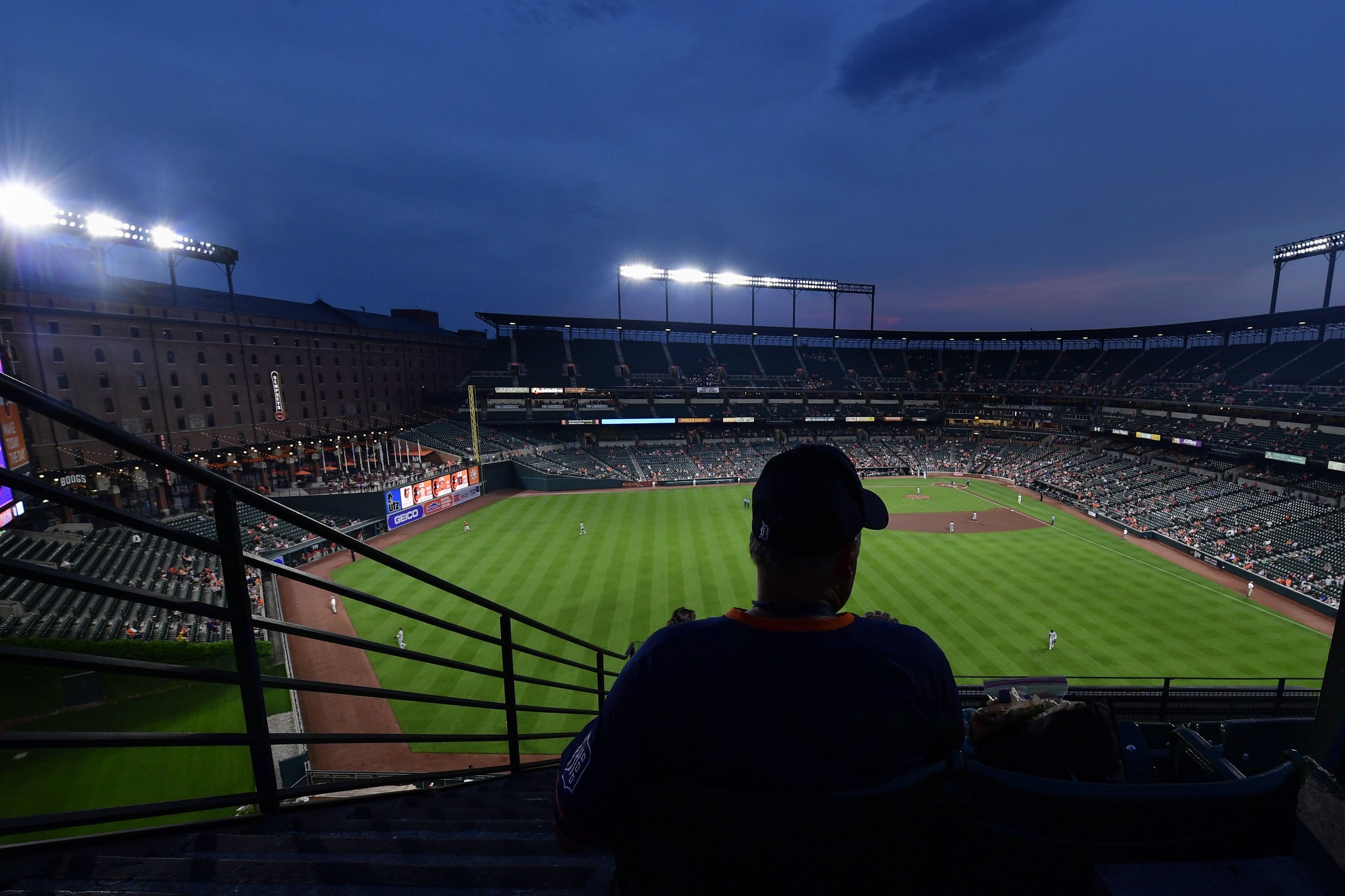 It’s time for the second part of our monthly mailbag. Questions are edited for length and clarity.

Question: Can Major League Baseball unilaterally cancel the Rule 5 draft without the players’ association agreeing to it? If not, the ramifications would seem to be significant regarding how MiLB spring trainings will be conducted. From: @themadbehemoth

Answer: A similar question was also submitted by Mitch. Chris, MLB can’t unilaterally cancel the Rule 5 draft without approval, but the lockout has gone on so long there’s no good reason to have it.

Spring training will be much shorter, giving Rule 5 choices fewer opportunities to perform in the spring, and most teams haven’t let opposing scouts watch workouts, though that may now change.

There’s a good reason to think that the players’ association will go along with the cancellation. The teams would be drafting minor leaguers who are not on a 40-man roster. If Rule 5 draft picks make a team, they’ll be paid the major league minimum.

Question: Since Adley Rutschman is not on the 40-man roster, why would he not be eligible for the Rule 5 draft? From: @6longyears

Answer: Derek, Rutschman was drafted and signed his first professional contract in 2019 at 21, and he’s beginning his fourth professional season. Players who are 19 or older when signing their first contract and not on the 40-man roster can be drafted at the end of their fourth season. Rutschman will be playing for the Orioles this season.

Grayson Rodriguez, who was drafted and signed in 2018 at 18, is beginning his fifth professional season. Players who are younger than 19 when signing their initial contract and not on the 40-man roster can be drafted at the end of their fifth season. If Rodriguez doesn’t pitch for the Orioles this season, he’d have to be protected in November.

Question: Who else fills out this pitching staff? From: Mike Davis via email

Question: Keeping manager Brandon Hyde around one more year or less is not right. He will be fired this year. What manager with more experience at the big league level would you pick who could turn things around for the Orioles? From: @SJ69569741

Answer: I’d like to see Hyde get an opportunity to manage the Orioles for a full season with some of their best young prospects. Hyde was hired in late 2018, and had little first-hand knowledge of the team. He had to manage through a 60-game season in 2020 because of the pandemic and a difficult one with ongoing pandemic restrictions in 2021. This season, he could manage a much shorter schedule, so I vote for giving him a full opportunity to prove himself as a big league manager.

Question: Can we expect general manager Mike Elias to add front-line pitching once prospects populate the roster similar to the method used in Houston. From: Julius Silvestri via email

Answer: Julius, I think that it’s possible that the Orioles trade some of their prospects for starting pitching in the next year or two. I don’t see it happening this season.

Question: If the Braves don’t re-sign Freddie Freeman, how about the Orioles trading Ryan Mountcastle to Atlanta for their two best pitching prospects or a major league pitcher and a top prospect? Then, the Orioles should sign Trey Mancini to a five-or a four-year contract with a one-year extension. They also should sign Adley Rutschman to a 10-year contract like the Rays did with Wander Franco. What do you think? From: Rubadub38 via email

Answer: That’s an interesting scenario, but I doubt that would happen. First, Freeman could stay in Atlanta, though I know during the lockout there’s been plenty of talk about interest from other teams, and I can’t see the Braves parting with two top pitchers for Mountcastle.

The Orioles haven’t shown serious interest in an extension for Mancini, let alone one for as long as five years. I’m eager to see Rutschman play in the major leagues, and I’m sure the Orioles are, too, before they contemplate any kind of extension for him.

Question: Why do the Orioles seem to hire so many C- level players?  Every time I look at the stats of the latest new O’s player, it’s always 5.00 ERA, .210 batting average, did well at Double-A but then regressed at Triple-A.  Can we only afford C- level players?  Are they the only ones wanting or willing to come to the O’s?  From: Bob Stier via email

Answer: Bob, many of the players who are signed by the Orioles to minor league contracts will be used to fill out minor league rosters. They’re known as organizational players. Every team signs players like this, and they’re not likely to play in the majors.

Because the Orioles have had poor records in recent years, there’s lots of turnover and opportunity, and some of the players with stats that aren’t impressive are lured by the chance to play regularly or more often than they can play elsewhere.

Some of the better minor league free agents may sign with contending teams for obvious reasons.

I think as the team gets better, you’ll see a higher caliber minor league free agent sign with the Orioles.

Question: Can you please explain why the Orioles didn’t sign Roberto Pérez when they were looking for a veteran catcher? He would have been an excellent mentor for Adley Rutschman. From: Framer/24 via email

Answer: Pérez, who had been with Cleveland for eight years, signed a one-year, $5 million contract with Pittsburgh just before the lockout. The Orioles aren’t going to spend $5 million on a backup catcher, and Pérez is listed as the Pirates’ starting catcher.

There were few big league catchers available on the free-agent market, and the Orioles preferred to sign Anthony Bemboom and Jacob Nottingham, who have some major league experience as possible backups to Rutschman. They were signed to minor league contracts during the lockout.

Question: I have been a lifelong baseball fan, just on the verge of retirement, but I have never heard how ugly life is for minor league baseball players until recent stories have started to appear. I knew they were not paid well but the other issues surprised me. Why is there not a union for MiLB players — one that focuses on their needs? From: Dean Wilyman via email

Answer: Dean, there have been stories about how difficult life in the minor leagues has been for many years, but they’ve gotten more attention recently.

I don’t know why there’s not a union for minor leaguers, but it wouldn’t surprise me if the players’ association eventually had a minor league branch or if support for a minor league union grew organically.

In the current negotiations, owners and players have bargained on the international draft and an amateur draft lottery, two issues that concern minor leaguers.

Question:  How does ownership of a MiLB team work?  What is the owner responsible for vs. the MLB affiliate? Do the players all belong to the MLB team? What are the rules for a players moving between classes?  How do options to go to MLB work? From: Seth Mendelsohn via email

Answer: Seth, major league teams supply equipment, bats and balls for minor league teams, and  supply all the players. They also are responsible for meals and, as of this season, they’ll provide housing — in most cases, furnished apartments for players.

Minor league teams provide the facility for players to play,  uniforms, and are responsible for transportation and hotels for road trips. It’s common for minor league teams to have two or three buses for each trip as well as up to 30 hotel rooms for a larger traveling staff.

Teams are also responsible for providing the home and visiting teams with healthy snacks in clubhouses.

There are no rules for players moving within minor league classes. Any player can be called up to the majors at any time.

Question: Assuming the two sides eventually reach an agreement and a four-week spring training takes place before the first regular season game: Do you think there will be a need for a temporary roster expansion to allow for one or two extra pitchers for some number of weeks? It seems hitters and relief pitchers should be ready in four weeks, but will starting pitchers be able to go more than five innings? From: Chip Schussler, Lewes, Delaware

Answer: Chip, I wouldn’t be surprised if spring training was less than four weeks, and I think there will be a temporary roster expansion. In 2020, they began the season with 30 players, and two weeks later reduced it to 28. where it stayed for the rest of the season.

I would be surprised to see many starting pitchers go as long as five innings after just a few weeks of Grapefruit League games, and I think it wouldn’t be a surprise to see the Orioles carry as many as 15 or 16 pitchers to begin the season.

Answer: Stephen, I like most of the proposed rule changes. I think a pitch clock would help move the game along without interfering with the basic structure of it. For several years, I disagreed with a rule banning shifts; I thought hitters would go to the opposite field, but they haven’t. I’d like to see the shift banned for two years to see if it helps make the game more interesting. Larger bases could help increase the number of stolen bases and cut down on injuries.

Unlike others, I enjoyed the automatic runner on second rule for extra innings. I thought it added an element of strategy. Without it, many hitters simply try to end a game with one swing, with more strikeouts and longer games.

I’m neutral on robot umpires behind the plate, but technology has improved so much that I think it’s worth a try.

After watching the three-batter minimum for a pitcher, I’d like to see that done away with. I don’t think it’s helped speed up the game nor has it reduced the number of pitchers used in games.

Update: Since I answered a question on Monday about fans’ access to minor league spring training, the Orioles have announced that beginning Thursday, fans will have access to the back fields at the Ed Smith Stadium complex and the minor league Twin Lakes complex from 9 a.m.-1 p.m. Workouts will run through March 15th.