Baseball is suffering, and Manfred seems incapable of fixing it - BaltimoreBaseball.com 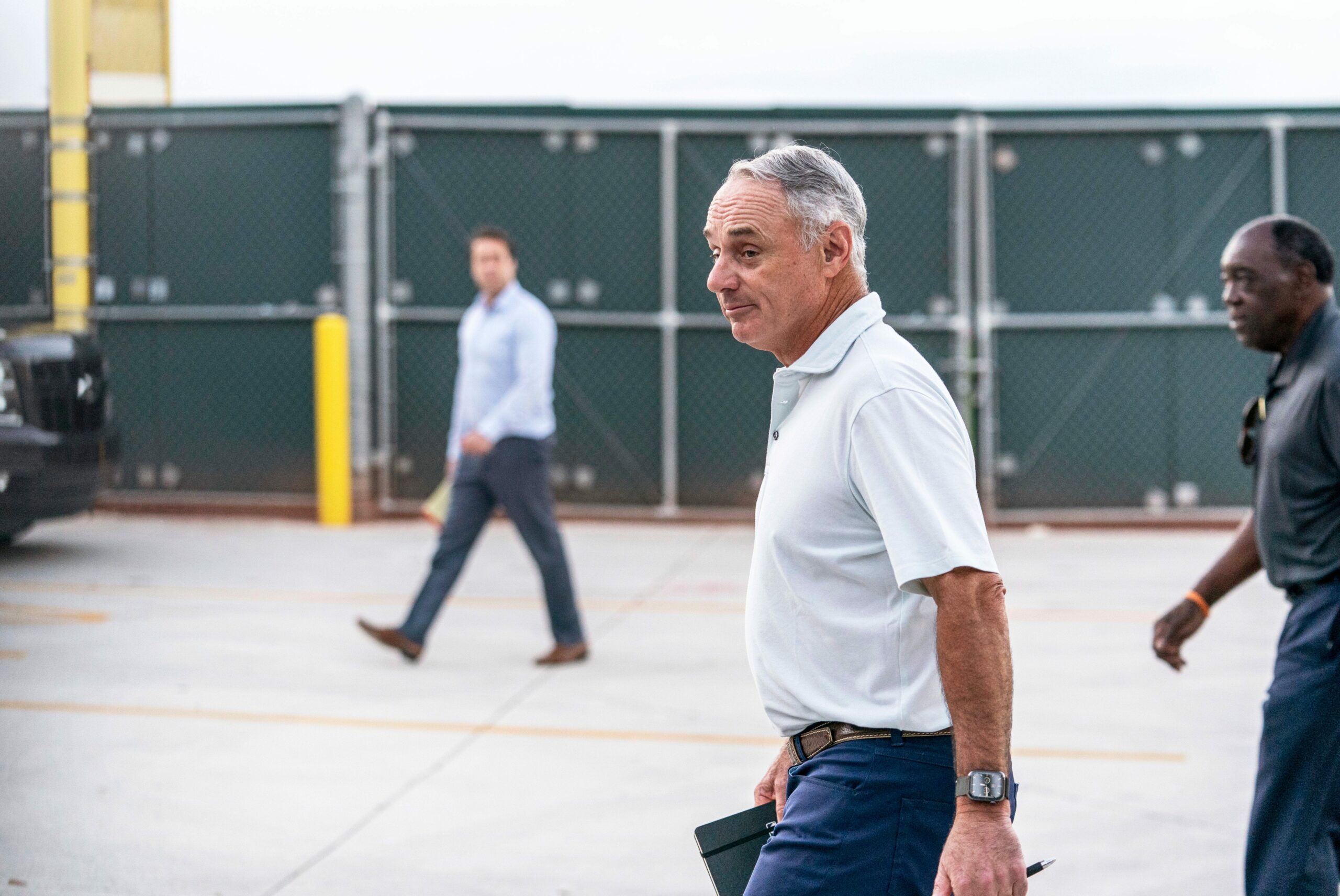 There’s a funny thing about baseball fans and baseball writers. In times of crisis, we feel protective toward the game, as if we need to defend it from people who belittle and besmirch it.

The cancellation of the first two series of the 2022 season by Major League Baseball commissioner Rob Manfred probably won’t be the last. Unless there’s a sudden breakthrough between now and next Tuesday, Manfred will cancel the next two series, which for the Orioles would mean April 8th-10th at the Tampa Bay Rays and April 11th-13th against the Milwaukee Brewers at Camden Yards.

Writers like covering big, important events and have put, in many cases, decades into watching games. During our lifetimes, we’ve seen baseball’s importance to American sports greatly diminish and, yes, the lockout will make it smaller.

If you’re saying the lockout has angered you enough to make you turn away forever, I’m not trying to convince you otherwise. I know people who were disgusted by the strike of 1994-95, and never came back.

The differences between Major League Baseball  and the players’ association don’t seem as great as they were in ’94 and ’95 — the strike that cost baseball the World Series.

The sides seemed to be making progress after talks in Jupiter, Florida. It just came too late, and that’s what bothers a lot of us.

Negotiations should have started in November. If not then, certainly in December and January — not 43 days after the lockout was imposed on December 2nd.

Players think that the owners don’t care about the first month of the regular season. It’s cold and rainy in April in many parts of the country, and attendance isn’t great. What the owners care about is that postseason television money.

Baseball isn’t going to fade away because of the lockout, but it will be diminished. It’s become like college basketball in many ways, a regional sport.

If you’re an Orioles fan, you really don’t care about watching the Red Sox and Yankees yet again on FOX or ESPN, and the postseason, as exciting as it may be, just doesn’t interest you after watching so many bad Orioles games during the season.

I’m not used to being home in late February or early March and without baseball. Last Saturday, I looked at the TV listings and saw about 50 college basketball games listed. None will get a great audience, but if you’re a Duke or Kentucky fan, perhaps you’ll watch that game, but maybe none other.

Baseball shouldn’t be like any other sport. Romantics like to marvel that it’s the only major team sport without a clock, and that’s great. Too often postseason games drag on so long that people go to bed or choose something else.

When I was growing up in the 1960s and 1970s, baseball was losing its top rung to the NFL. Now, a nondescript NFL game easily outrates the postseason.

Baseball was still a big deal and when Carlton Fisk hit his famous home run in Game 6 of the 1975 World Series, people began talking baseball again.

But in the past two decades, baseball has lost even more ground to the NFL, and to the NBA, but even last year’s lackluster World Series, the second lowest rated on record, outdrew the Milwaukee Bucks-Phoenix Suns Finals last July.

In my lifetime, I’ve seen several sports lose their popularity and newer ones emerge. Boxing, horse racing, track and field and auto racing were once staples of the American sports scenes.

Everyone knew who the heavyweight champion of the world was. Now, no one does. (England’s Tyson Fury, the U.S.’ Trevor Bryan and Ukraine’s Oleksandr Usyk share the title.)

Fifty and sixty years ago, the mile record-holder was a household name, and Memorial Day meant the Indianapolis 500.

Those sports are still around, but who cares about horse racing except for the Kentucky Derby and Preakness?

We don’t want that to happen to baseball.

The owners, few of whom were involved in the game during the last strike, are testing the players. It seems that in each strike, the owners make the same mistake.

The players aren’t without fault. They’ve been too reluctant to allow rules changes (pitch clock, banning the shift) that could make the game a more compelling one to watch, and in these negotiations, they needed to concentrate on a smaller number of asks instead of trying to get back all the ground they lost in past negotiations.

Manfred is the best friend the players have. His public statements have united the players, and his contempt for baseball’s customers is obvious.

Baseball is still a big deal in New York, Chicago, Boston, Los Angeles, San Francisco and Atlanta, all of whom draw well. It’s not as big a deal elsewhere, and Manfred’s moves have hurt the game.

It was Manfred who spearheaded the move to cut minor league franchises from small towns that were hundreds of miles from major league ballparks. If you’re trying to grow the game, you need to see it in person.

Manfred just doesn’t seem to love the game he presides over. His predecessor, Bud Selig, who presided over the disastrous strike that cost the World Series, was an avowed fan. Even though Selig championed the owners’ case, you knew he adored the sport. That’s not the case with Manfred.

He’s not even the worst commissioner in professional sports. NFL commissioner Roger Goodell has allowed Daniel Snyder to maintain ownership of the Washington Commanders despite serious allegations of sexual harassment throughout the organization.

Yet, Goodell is viewed favorably because he appears to be a fan, and the league’s playoffs were the best in the sport’s history.

Manfred penalized the Houston Astros for electronic sign-stealing in the 2017 season and postseason, but he hasn’t had nearly the same negative culture to manage.

The negative culture is of his and the owners’ creation.

Baseball has some of the best athletes in sports, but who would recognize Mike Trout or Vladimir Guerrero Jr. outside their home cities?

In the 1981 strike, which cost the game two prime months, with the sides hopelessly deadlocked, Lee MacPhail, father of Andy MacPhail, who once skillfully ran the Orioles, served as an honest broker for the owners.

He was an owner’s man but had a reassuring presence and was key to the settlement, but Lee MacPhail isn’t walking through that door.

There’s no one on the owners’ side who has any credibility with the players. Certainly not the commissioner. This is Manfred’s doing, and he seems not to realize it.