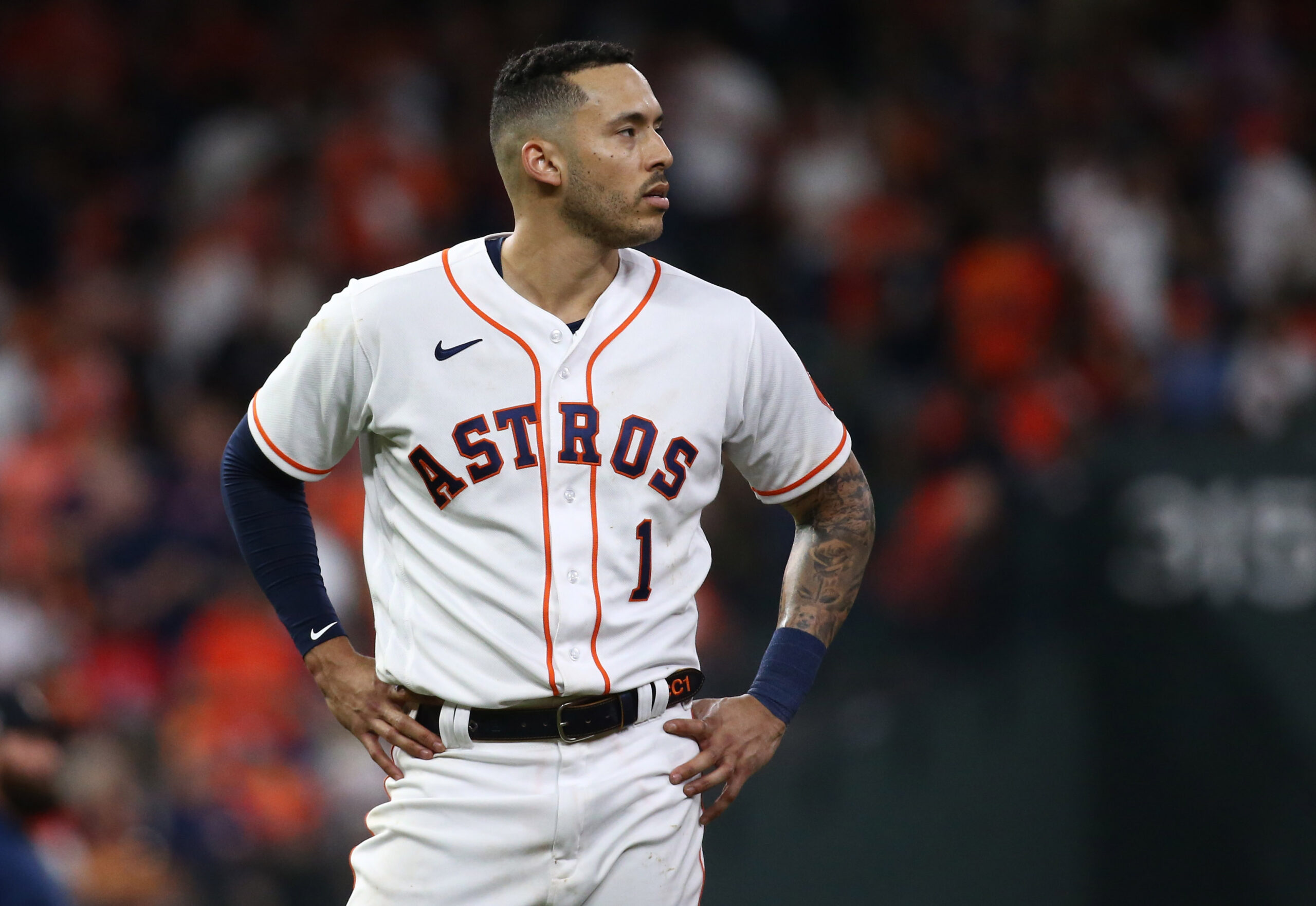 During the three-plus years that Mike Elias has been general manager, the Orioles have not only been absent from the free-agent market but also from the chatter market.

The Orioles haven’t signed players to contracts of more than one season, and the agreement they made with right-handed starter Jordan Lyles on a one-year, $7 million contract is the largest in Elias’ time.

In the years before Elias came to Baltimore, the Orioles were players in the free-agent market, and there were often reports in the offseason that they had interest in a number of players.

On Monday, as owners and players continued their labor talks late into the night, a report from @ConLasBasesFull indicated that the Orioles would pursue free-agent shortstop Carlos Correa, who was drafted by Elias for the Houston Astros in 2012.

Correa, 27, was the first overall pick in that draft, and he’s had an outstanding career with the Astros. At the beginning of last fall’s free-agent season, MLBTradeRumors.com predicted that Correa would command a 10-year, $320 million contract, about double what the Orioles paid Chris Davis over seven years.

Fans have speculated that the Orioles could be interested in Correa because of Elias’ ties to him, and the idea of a superstar shortstop signing with a team that has lost more than 100 games in each of the last three full seasons is intriguing. It’s also farfetched.

Correa made his Astros’ debut in June 2015 at age 20, three years after he was drafted, and two years after Houston finished its third straight 100-loss season.

In his first season, Correa was the American League Rookie of the Year, and the Astros surprised by qualifying for the postseason. In Correa’s seven seasons in Houston, the Astros have been in the postseason six times and in the World Series twice, winning in 2017 when they were found guilty of electronic sign stealing and losing in 2019 to Washington and last season to Atlanta.

In 2021, Correa won his first Gold Glove and was an All-Star for the second time, finishing fifth in the Most Valuable Player voting. He hit .279 with an .850 OPS, hitting 26 home runs and driving in 92 runs. His WAR (Wins Above Replacement) was 7.2.

That’s exactly the kind of player the Orioles should pursue, and the kind they’ve avoided in the Elias years because of the price tag.

Correa has been linked to many clubs, but this is the first time he has been linked to the Orioles. Corey Seager, the second most attractive shortstop, who’s also 27, left the Dodgers for a 10-year, $325 million contract with the Texas Rangers.

Correa will be shooting to at least equal Seager’s deal, and it’s mindboggling to think that the Orioles would pursue him for those kinds of dollars.

This signing season probably won’t be like any other. When the lockout ends, players are expected to report to a shortened spring training, leaving even big-name free agents scrambling to find a new home.

During the lockout, contact between players and their agents and clubs has been prohibited. Managers and general managers are also forbidden to discuss players on the 40-man rosters and post-lockout strategy.

When Elias was asked about his plans for signing free agents when an agreement is reached, he declined to get specific.

“As the process is ongoing at the league and players’ level, I have a lot of trust in the people working on it,” Elias said. “Until that comes to a resolution, it’s not a great time to getting into aspects of adding to the roster or the free-agent market. I will say our entire organization has been working throughout the winter to be very, very prepared whenever we’re allowed to resume regular activity.”

If signing a big-dollar contract and playing for a contending team in 2022 are important to Correa, the Orioles aren’t an option. In the past, non-contending teams have overpaid for free agents to show fans they were trying or to serve as a positive influence in the clubhouse.

It seems that if the Orioles were going to dive into the major free-agent market, they’d probably wait until at least next winter, and it seems highly unlikely that Correa’s market would drop to what the Orioles would consider paying him.

No, Carlos Correa isn’t coming to Baltimore, but in the midst of the dreary labor news, it was fun to hear an absurd Orioles’ free-agent rumor again.