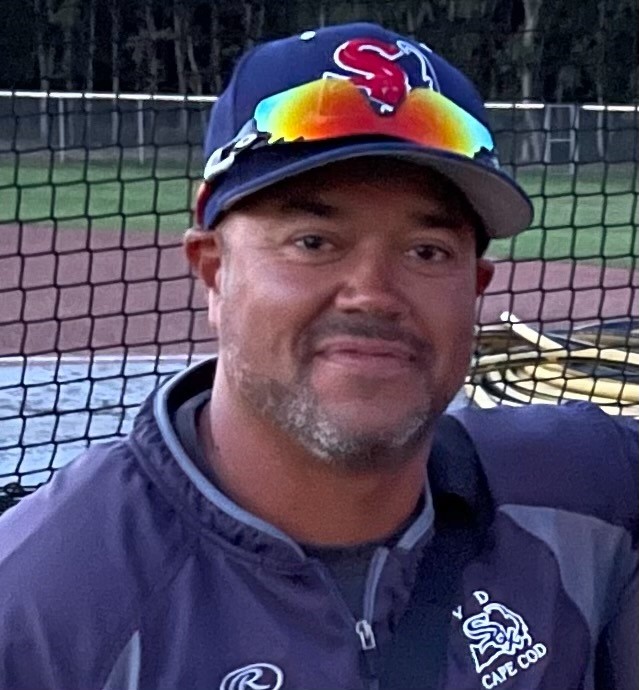 Thursday is the final day of school for Aberdeen IronBirds manager Roberto Mercado. The 42-year-old ends an 18-year career as dean of students at New Britain (Connecticut) High School and will head to Sarasota, Florida to immerse himself in Orioles Baseball 101.

Mercado was also New Britain’s baseball coach, and coached some international youth teams and in the collegiate Cape Cod League for seven years.

He knows there might be skepticism about his background, because some managers he’ll compete against have years of professional experience, and Mercado has none.

“I understand there’s criticism,” he said. “’What the heck is this guy doing in professional baseball?’

“The one thing that’s been important in my career is be where your feet are. Work your tail off. Never look for your next job. Always continue to be the best where you’re at and enjoy the process of where you are, and opportunities will come when you least expect it. We tell our players, ‘You never know who’s watching,’ and I’m a testament to that.”

Matt Blood, the Orioles’ director of player development, got a call recommending Mercado, which led to an interview.

His background is unconventional. He’ll move from education to professional baseball, and he believes the techniques he used in an inner-city high school will translate to pro ball.

“Disciplinarian, social worker, relationship counselor, interpreter, kind of a father figure for a lot of my students,” Mercado said. “Helping them overcome adversity and failure that have occurred in their lives and being that support system and someone they can lean on and trust … to help them be successful.”

It’s possible that Mercado will be entrusted with the two most recent No. 1 draft choices, outfielders Colton Cowser and Heston Kjerstad.

Cowser, the top pick in 2021, ended last season at Low-A Delmarva. Kjerstad, the 2020 No. 1 selection who couldn’t play last season because of myocarditis, an inflammation of the heart, could begin with the Shorebirds and then move up to the IronBirds.

Connor Norby, the organization’s top prospect at second base, and the second pick in 2021, could begin this season in Aberdeen, too.

Two of the Orioles’ recent hires, Mercado and Delmarva manager Felipe Rojas Alou Jr., are bilingual. That will help with the influx of international players. Mercado’s parents moved from Puerto Rico to Connecticut, where he was born.

English was his first language, but his parents didn’t forget their native tongue. “They made sure Spanish was still there, grateful for giving me that,” Mercado said.

His ability to speak Spanish helped him in his high school position.

“I’ve had plenty of difficult students,” Mercado said. “Honestly, those are the best relationships that I’ve had, getting kids that are tough and may not be buying into what you’re doing, kind of the same thing in baseball. You may have some players that don’t want to buy into the ‘Oriole Way.’ I don’t see that happening often, but it happens.

“At the end of the day, we’re doing what we do because we care. We’re trying to put the best plan in place for you to help you grow to be the best man or woman you can be off the field, in school and graduate from school and be a productive member of society.”

Mercado was an outfielder in college, first at Connecticut Avery Point, then at Fitchburg (Massachusetts) State. He realized by the time he was a sophomore that he wasn’t going to play pro ball. He was encouraged to be an assistant at New Britain, and soon began coaching American Legion ball, too.

His first high school team featured George Springer, then a 5-foot-2, 100-pound outfielder who transferred to Avon Old Farms School. Another player Mercado might manage, outfielder Hudson Haskin, who was the Orioles’ second-round pick in 2020, went to Avon, too, and finished 2021 with the IronBirds.

In the Cape Cod League, coaches were up at 7 a.m. and didn’t get home until about 8. Now, he’s ready for his baseball immersion, including those lengthy bus rides.

“I’m going to love every second of it,” Mercado said. “It’s a longer season. It’s baseball all day, and I love it. Long bus rides, time for me to communicate with guys, time for me to grow as a coach and learn and look at the analytics. I’m actually excited for it. I’ve got an amazing wife who’s super supportive.”

His home is 4 ½ hours from Aberdeen, and he’ll have games in Brooklyn and Hudson Valley, which aren’t far away.

Mercado went to Sarasota last month for a minicamp to begin his adjustment and got to know some of the Orioles’ minor leaguers, coaches and managers.

“When we’re in high school baseball, it’s a combination of development and winning,” Mercado said. “In minor league baseball, it’s a combination of both, but at the end of the day, your success is going to be determined on guys moving up and preparing them to be the best player they can be to help the organization continue to move forward and win a World Series. That’s the end goal.

“I’m confident. I’m also humble. I understand that I’m going to continue to grow. I’ve been a lifelong learner.”