Calling the Pen: Memories of growing up with the Orioles' No. 1 fan - BaltimoreBaseball.com 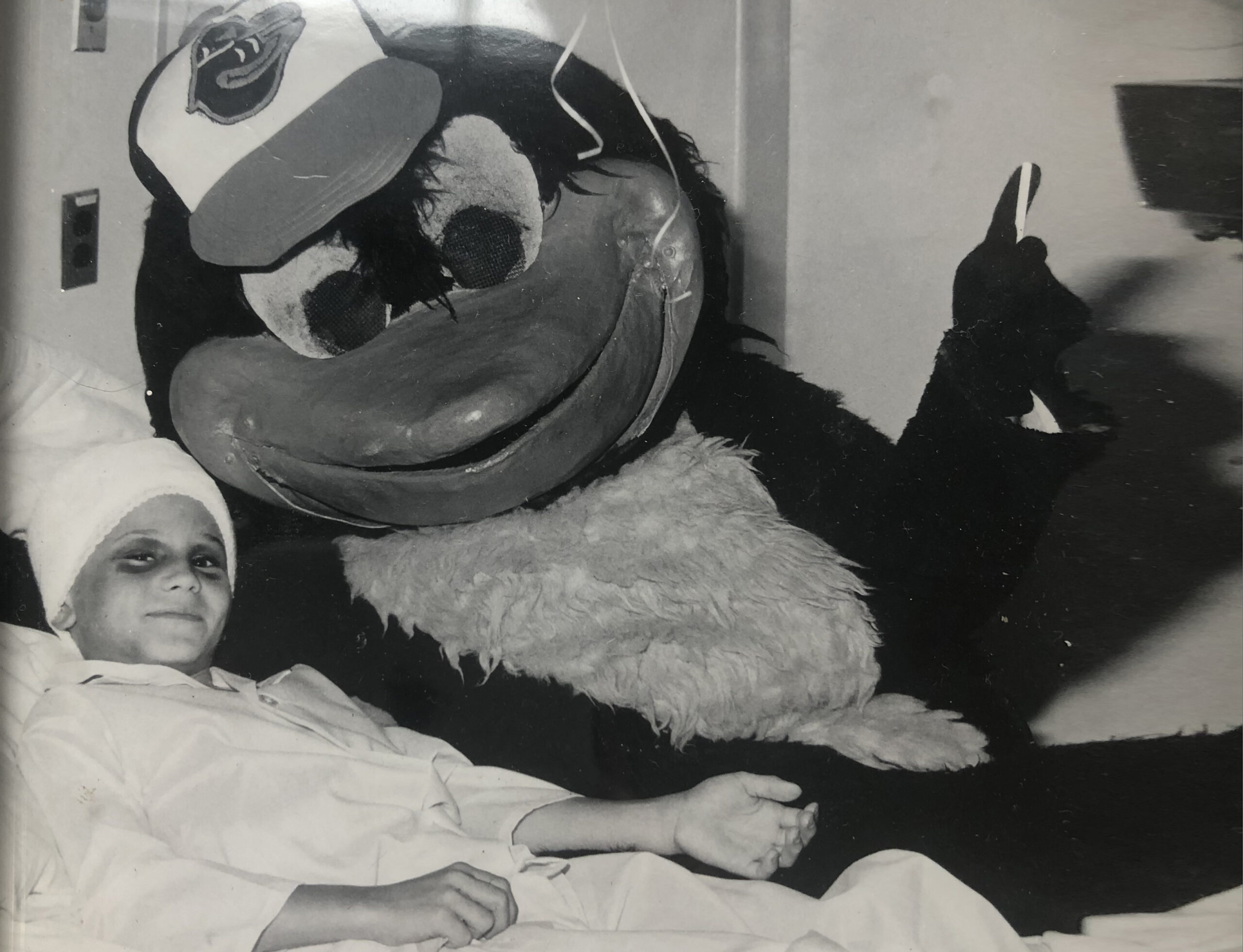 Anita Karpovich paced around the house, screamed at the television, and eventually fell into a heap of despair after the Orioles lost to the Pittsburgh Pirates in Game 7 of the 1979 World Series.

My mother and I lived and died with every pitch during that infamous year.

The Orioles led the Pirates three games to one but somehow managed a monumental collapse.

Jim Palmer and Scott McGregor took the losses in Games 6 and 7, and it would take years — until 1983 — for my mother to forgive them.

Pirates closer Kent Tekulve looked more like a math teacher than a major leaguer, but he shut down the Orioles’ explosive lineup over the final two games with a submarine-ball approach. Pittsburgh first baseman Willie Stargell was named the Series MVP after batting .400 (12-for-30) with three homers and seven RBIs.

It helped that my mother was a chef at the old Obrycki’s restaurant and would routinely interact with the Orioles’ front office, coaches, and players who came in for lunch or a postgame seafood dinner. To her, the Orioles’ players were royalty and always cordial, more so than the occasional Hollywood superstar that would stop in and futilely try to crack crabs when in town.

Despite that disappointment of the 1979 series, we were back at our kitchen table next season eating steamed crabs from Gaffney’s and listening to Chuck Thompson’s easygoing play-by-play voice on the radio. It was one of the hallowed rites of summer and a sacred family ritual, whether we gathered in the house or sat on the front stoop on hot nights.

Occasionally, the Orioles would be on local television and I was allowed to stay awake for the 10:05 p.m. starts against the then-California Angels and Seattle Mariners, even on a school night.

However, a crisp, fall day in October 1981 changed the course of my life.

I was hit by a car on Eastern Avenue going to soccer practice at Patterson Park. The accident left me in a coma at the old City Hospital, now Johns Hopkins Bayview. It was hit-or-miss on whether I would make it.

I opened my eyes about two weeks later to a stuffed Orioles mascot laying next to me. The Bird even paid a visit to my hospital bed and took a picture with my battered face and body.

It was a long recovery.

I suffered a fractured skull so I could not play baseball or soccer for at least a year. I missed about three months of school and had to wear one of those plastic, Orioles batting helmets when traveling to protect my head against any potential impact.

As the weeks passed, at least I began to look better.

There were numerous hospital visits to make sure everything was healing correctly. My mother didn’t drive so we would take the No. 10 bus to City Hospital for the appointments.

That’s why it was no surprise she showed up at my elementary school — St. Patrick’s in Fells Point — to see another doctor.

Once again, we jumped on the No. 10 on Eastern Avenue, but for some reason, we got off on Highland Avenue in Highlandtown. From there, we walked about two blocks to catch the No. 22 that traveled past Memorial Stadium. At the bus stop, my mother pulled out my black Orioles jacket, baseball glove and announced that my uncle Rick Matuszak had gotten us tickets for Opening Day against the Kansas City Royals.

It was euphoric, cathartic, and joyful all at once.

Our seats were in the middle concourse on the third base side of the ballpark. The stadium was packed and there was an effervescent feeling that baseball was back for a new season — hope springs eternal.

The game was also one for the ages.

A rookie named Cal Ripken Jr. hit his first career home run in his first at-bat — a two-run shot in the second inning — with his father, Cal Sr., applauding several feet away on the third base foul line.

But this day belonged to Eddie Murray.

With the bases loaded and the crowd chanting, “Eddie, Eddie,” the Oriole slugger smashed a grand slam off Dennis Leonard in the third, paving the way for the Orioles’ 13-5 victory. There was glee and happiness on the bumpy ride home in the crowded bus.

One year later, the Birds would win the World Series and we went downtown to celebrate the victory parade, and this time, shake Jim Palmer’s hand.

My mother and I always had the Orioles. They were just part of the family, and we celebrated their success and lamented their failures like a cousin or uncle who lived down the street.

When I came home to visit family after taking my first newspaper job in Southwest Wisconsin, my mother and I caught up in the upper deck at Camden Yards with beers and hot dogs.

My mother was gleaming with pride when I had the opportunity to cover my first game as a professional journalist in 2008, an opportunity I never took for granted or relinquished.

I often give my mother Orioles gifts, a bobblehead or pennant, that she proudly displays in the living room of the same house in Canton where I grew up. Phone conversations inevitably turn to the Orioles and how they need to get back on track.

It’s been a while since we listened to the game on the radio and cracked crabs on that old kitchen table.

Time and life get in the way.

My mother and I still get together for Opening Day. Sometimes, it’s a few hours afterward if I covered the game.

We reminisce about the old times, pennant fever, and Brooks, Weaver, Singleton, Bumbry, DeCinces, Lowenstein, Roenicke, Palmer, and Cal, among the other greats.

Nothing will top that Opening Day in 1982, but the tradition is a special bond between a mother and son that has lasted a lifetime.

Jack Gibbons spent 46 years in sports journalism, including a chunk of that time as sports editor of The Baltimore Sun. Now retired from full-time work, Jack serves as the lead editor and writer for BaltimoreBaseball.com’s Calling the Pen, a periodic feature that highlights baseball essays written by the community. If you would like to contribute to Calling the Pen, send a 750-1,200-word, original piece via email to [email protected] for consideration.