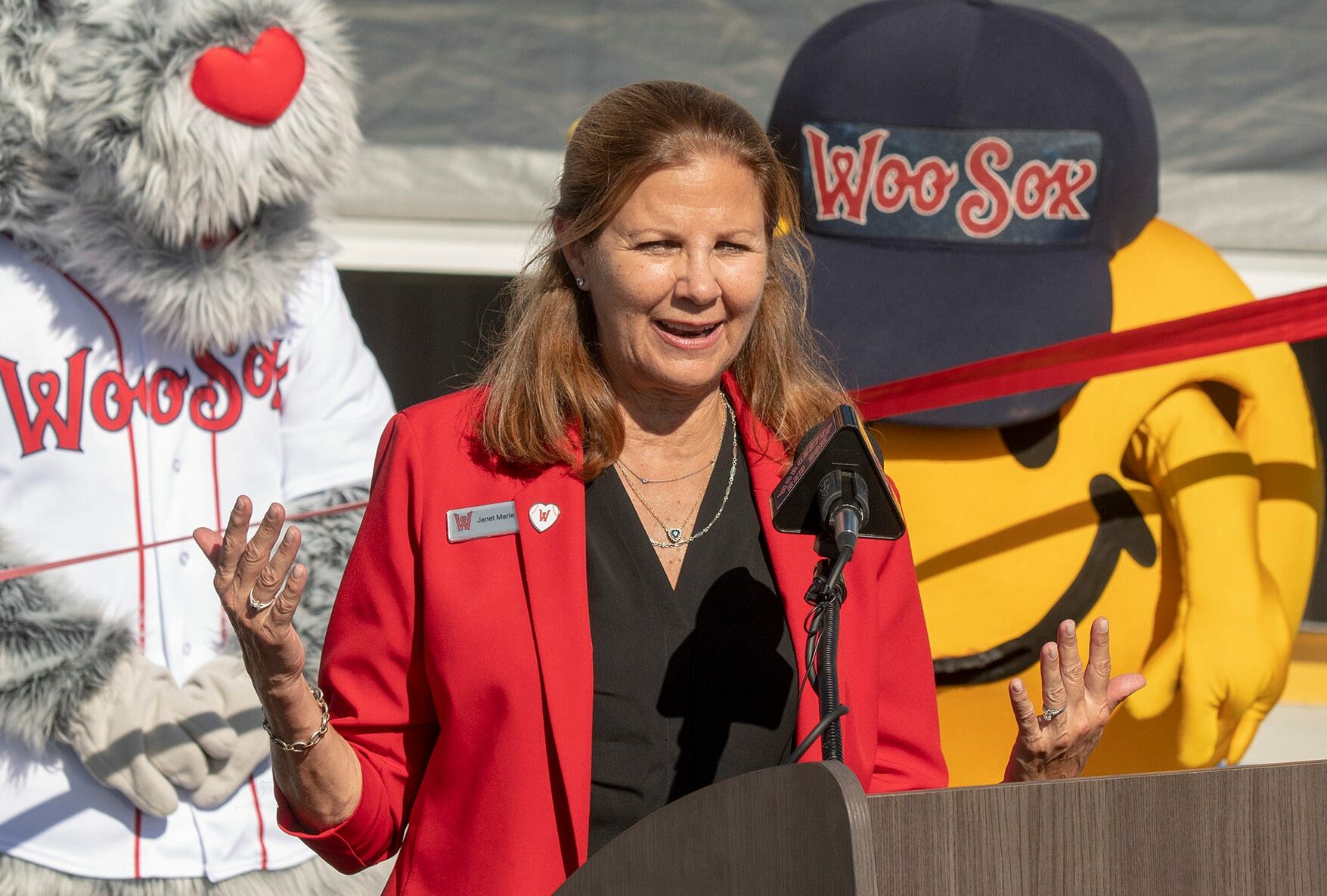 It’s hard for Janet Marie Smith to believe that it’s been 30 years since Oriole Park at Camden Yards opened. Back then there was no park like it and, in many ways, that’s still true.

Smith had joined the Orioles in 1989 when they were still playing in Memorial Stadium. As the team’s vice president for planning and development, she was the face of the new park.

“I remember so vividly before Camden Yards opened meeting with community groups and talking about this building,” Smith said. “There [was] so much discussion about whether or not building a building that harkened back to an earlier era could stand the test of time. Would we regret not doing something more ‘forward thinking?’”

It turned out that Smith and Orioles team president Larry Lucchino were the ones who were thinking ahead.

“That was a hard question to answer because no one had a crystal ball. How do you really know until time had passed?”

Memorial Stadium, which was badly outdated by the 1980s, housed the Orioles for 37 years.

“If Camden Yards gets to [37 years], we should declare victory,” Smith said she thought when it opened. “Here we are at 30, and it still seems, along with its brethren that opened in the same generation, to still be a very convincing way of watching baseball.”

Smith worked for the Orioles from 1984-1994. Since then she’s worked on Atlanta’s Turner Field, which opened for baseball in 1997 and closed in 2016, the redevelopment of Fenway Park, and for the last nine years, the Los Angeles Dodgers, where’s she’s the team’s executive vice president of planning and development.

When she was working on Camden Yards, Smith had few contemporary ballparks to model it after.

“It was Larry Lucchino’s vision,” she said. “It’s a word that gets thrown around a lot, but he really did have a vision in the literal and figurative sense of building something that had the character of Forbes, of Wrigley and Fenway.

“He noted quite accurately that over the past 10 years the highest attendance in baseball was at the smallest parks, Wrigley and Fenway,” she said. “Those teams might not have been competitive, but they consistently had the highest attendance, so he felt that there was something very potent about that kind of character and the intimacy and orientation toward the playing field.”

Baseball differs from other sports in that the ballparks don’t have uniform playing fields.

“We were looking to replicate that feeling in Baltimore without taking somebody else’s park,” she said.

The Warehouse wasn’t important just because of its classic look, but it provided a reason for the playing field to be asymmetrical.

Since the park opened, there have been 113 home runs hit onto Eutaw Street, perhaps one every 20 games, she calculates, and that feels right.

“We didn’t start out looking to create the next wave,” Smith said. “We started out trying to make the best ballpark possible for the Baltimore Orioles.”

Smith still lives with her family in Baltimore, and she loves seeing the ballpark.

“I think it looks fantastic,” Smith said. “Maybe even better than it did because the landscaping around it is so mature. Those big trees along Russell Street in particular envelop it in a wonderful way.”

She credits Orioles managing partner Peter Angelos, who convinced the city not to cut down those trees to satisfy the operators of the short-lived Baltimore Grand Prix.

From 2009-2012, Smith returned to the Orioles to work on their spring training headquarters in Sarasota, Florida, and some upgrades to Camden Yards.

New seats were installed in the upper deck that reduced the capacity of the ballpark to 42,000. Another 1,000 seats will be lost with the new dimensions of the left field fence and wall.

Stadiums slightly smaller than the 1992 version of Camden Yards, which originally held 48,000, are ideal. If Smith were envisioning a new version of the ballpark she helped design, she’d look at a stadium with a capacity of perhaps 38,000 instead of 48,000 to satisfy the wants of the contemporary fan.

“Today they’re looking to watch the game in a much more casual setting,” Smith said.

Thirty years later, Smith is proud of the work she did.

“I think it’s aged well,” she said. “Give the Maryland Stadium Authority huge credit for that.”

“It’s fun to go out there and see all those bronze baseballs on Eutaw Street,” she said. “You feel like it’s 30 years of history.”

Final minicamp: The Orioles are holding their final minicamp for players who aren’t on the 40-man roster. The camp, at the Ed Smith Stadium complex at Sarasota, Flordia, runs through January 31st. Outfielders Colton Cowser and Heston Kjerstad, the last two No. 1 draft picks, and Cuban second baseman César Prieto, who was among 24 international players signed by the Orioles, are attending their second minicamp..

A note to our readers: We have made the decision to end the comments thread that followed each story. Our site continues to grow, and it has become difficult to give that area the attention it requires.

We appreciate our readers’ thoughts, and there will still be ways to comment. The BaltimoreBaseball.com Facebook page encourages comments on each story, and we will continue with our monthly mailbags, which have been popular with our readers.

As we prepare to begin our seventh season covering the Orioles, we hope that you will continue to read and enjoy our content, and that you’ll comment on Facebook.