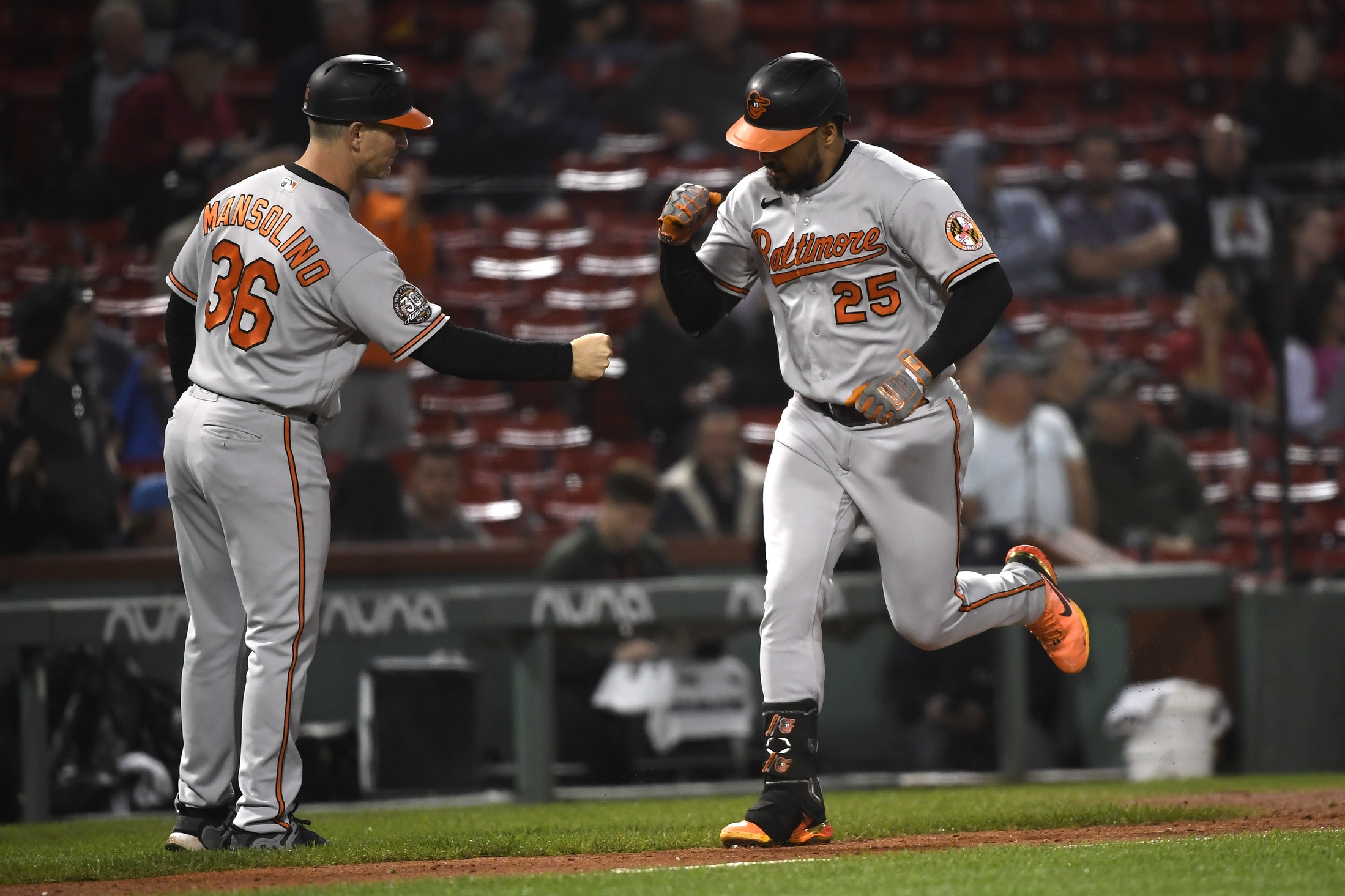 Tony Mansolino is entering his third season as the Orioles’ infield and third base coach. Mansolino discussed the new rule banning the infield shift, which forces two players on each side of second base while not positioning past the infield dirt. This interview has been edited for brevity.

Question: What do you think of the new rule?

Answer: “Most of the infield guys in Major League Baseball are excited that this rule is coming into play for a couple of reasons. We all tired of overusing the shift. As a whole, the industry has overdone it. I think if you look back to just a few years ago, I think the usage of the shift has almost tripled.

“I think at one time when the shift started [becoming popular], I think the big left-handed sluggers, the David Ortizes of the world, those were the guys that the shift was probably meant for. Pretty rapidly, over six or seven years, we are now using the shift on the 5-foot-10 spray type of left-handed hitter because they know a certain percentage of balls on the ground to the pull side and once they get they get past that threshold of ground balls hit, we shift them.

“I don’t think that’s how the game was meant to be played. In talking with most infield guys around the league, they feel the same way. I also think most infield guys feel like the athletic, dynamic infielder has been minimized because of the ability to, in theory, put defenders where they hit the ball. A lot of the infield guys around the industry, myself included, are excited to see the athletic infielder highlighted and the overuse of the shift stopped.”

Q: The Orioles have a number of athletic infielders. Do you think the new rule will help the Orioles?

A: “No doubt. Jorge Mateo, Gunnar Henderson, Gold Glover Ramón Urías, Adam Frazier. Ryan Mountcastle is incredibly athletic. I think this certainly gives us an advantage, but I think there’s a lot of teams around baseball this is going to help as well.”

Q: How is it going to change the way the game is played?

“I think it’s going to increase singles for the left-handed hitter. Usually, left-handed hitters’ singles are pull singles. When there’s a runner on first, it produces a first-and-third opportunity. Along with the increase in singles, we’re going to see a bigger increase in the [moving] first to third for the baserunner. It means a more exciting version of baserunning and then it’s going to make the rightfielder have to be able to throw again.

“That first-to-third is going to be a big play in Major League Baseball this year, so that rightfielder is going to be able to throw. You just can’t stick a big bopper out there that can’t defend his position.

“Those specific plays are going to increase, and I think that probably brings us back 10 or 15 years in how the game was played.”

Q: For the fan, do you think the game is going to be more aesthetically appealing?

A: “It depends on what type of fan you are, but for me, the type of fan I am, I like defense. I like baserunning. I like action. I like the situational part of the game. I like stolen bases. I think we’re going to see more of that. Does that mean that we’re going to hit less home runs? No, I don’t think that. I still think guys are going to hit the way they hit here initially, but I do think over the course of time, we might see less of the all-or-nothing approach at the plate that we’ve become so accustomed to over the last five years ago or so.”

Q: How have you been preparing for this?

A: “Once this rule came out last year, there was a lot of discussion in the coaches’ room about what this was going to look like. I’ve talked to Sig [Mejdal, assistant general manager of analytics] about it. Right now, we’re planning for it.

Q: Have you talked to the players about the new rule?

A: “They’re very aware of it. I know our strength coach, Trey Weidman, is in contact with these guys and working hard with these guys in terms of lateral movement and being explosive.

“I plan for the infield work at spring training [and] at the absolute top of my list right now is our pre-pitch and our first step. As we get there and we’re on the back fields, our foundation is going to be our first step and how we attack balls. Not that that hasn’t been what it’s been in the past, but I think that’s going to be a huge focus, partially because of the rules this year.”

Q: Do you think there are going to be some new trick plays? Will we see more five-man infields and fielders taking off with the pitch to anticipate where a ball is going to be hit?

A: “I can’t really speak to what the other teams are going to do. At the moment, I would imagine we’re not going to be involved in a ton of that. I can see a five-man infield, infield-in, similar to the way the game has always done it.

“I think having your eyes settled and your feet settled as the ball crosses the plate is going to be way more important than trying to run across a perceived line on the field for positioning, which would be your shortstop or second baseman up the middle and try to gain an extra step as to where you think they might hit it.

“I don’t think there will be a lot of tricks. I think it will be pretty straightforward, and I think it’s going to be a really good version of the game we’re going to see.”

Notes: The Orioles signed right-hander Reed Garrett to a minor league contract. Garrett was 0-1 with a 6.75 ERA in seven games with Washington last season and had an 8.22 ERA in 13 games with Detroit in 2019. …Beginning this season, Levy will be the new concessionaire at Oriole Park. They’ll replace longtime concessionaire Delaware North.

Call for questions: I’ll be answering Orioles questions on Monday. Please email yours to: [email protected]