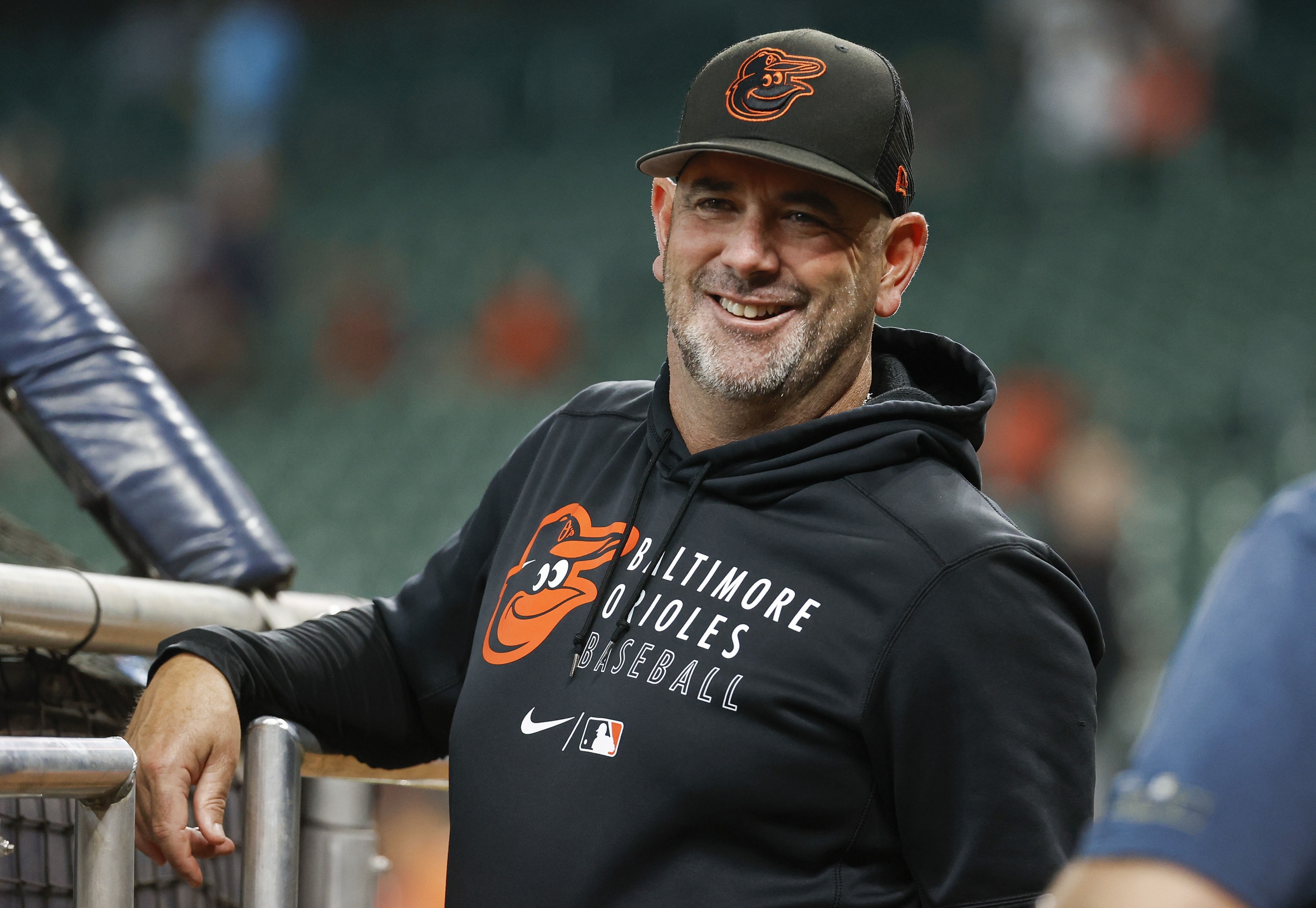 SAN DIEGO—Orioles manager Brandon Hyde has been involved in a new activity this fall, the recruitment process. Along with some coaches and club officials, he’s been on Zoom calls with free agents, and his salesmanship paid off when the club signed starter Kyle Gibson to a one-year, $10 million contract on Monday.

“I’m excited to add Kyle,” Hyde said at his manager’s session on Tuesday during the Winter Meetings. “I talked to him a couple of times, traded texts [Monday] night. I’m excited to bring somebody with the career he’s had, playing on a World Series club, somebody with the veteran aspects that he brings is going to be huge for us.”

The Zoom calls have been an enjoyable byproduct of the Orioles’ 31-game improvement in 2022.

After last season’s performance, Hyde has some effective selling points.

“I think what we did last year, how we can build off last year, the talent that we have on our team, the talent that we have coming,” Hyde said. “It’s an attractive place to play, and the division we’re in and the type of talent we’re going to have, and that we really turned the corner — we’re proud of turning the corner — what we went through the last few years and now we have a different mode. It’s a winning mode and trying to add guys that can help us win.”

Executive Vice President/General Manager Mike Elias and Hyde want to move the club ahead in 2023, and return to the postseason for the first time since 2016.

“Mike’s been pretty transparent about what we’re looking for and that’s starting pitching depth, that’s for sure,” Hyde said. “Some veteran presence is important. Just adding more experienced major league players and seeing how they fit on our club.

“I think that’s going to be important to help our younger guys that don’t have playoff experience that don’t have winning. That’s what our veteran guys brought us last year, an attitude of ‘we’re going to win. We’re better than how we’re playing,’ and that we need to improve quickly. I thought our guys who’ve never won before, they changed the mindset of our club, and I think we need to just add on to that, honestly, I think now our guys know that we are good. We have talented dudes. We have guys that have talent coming, and we just need to play like we did from June on.”

Hyde wants his players to realize that just because they won last year doesn’t guarantee a winning club in 2023.

“It’s a new year. There’s no doubt,” Hyde said. “The teams in our division are only going to get better. We’re going to improve, also. We’re going to sign some players and get guys opportunity. Just because we’ve grown in talent and we’re a little more exciting to watch, we still have a lot of prove. We haven’t been to the postseason yet. That day is coming, but we still have a lot of work to do to get there.

“It’s pretty much who can help us win. That’s the bottom line right now. We’re in to win right now. I think the attitude has changed a little bit from the past, giving a lot of guys opportunities because we’re trying to see who can stick in the big leagues. Now, it’s about winning. What we did from June on is we won a ton of series, we beat some good clubs. You want to give young players opportunity, but at the same time, we’re not going to sacrifice our team’s wins and losses because of that.”

Adding players: Elias said he doesn’t feel pressure to sign another pitcher before he leaves the Winter Meetings on Thursday.

“I can’t handicap it right now,” he said. “I’m not one to view this event as something with some artificial pressure, but sometimes there’s some very real pressure that comes out of this event. If that happens, we have to be in a competitive position to move quickly before the Winter Meetings are over, we’ll do that. Other than that, that’s the only time frame I see the Winter Meetings presenting.”

“We have the 17th pick, which makes for a lot of uncertainty,” Elias said. “In the past we had a real high pick, so you could be assured of getting one of the guys. I doubt that we’ll have 17 names stacked up, so maybe we don’t take anyone. We just haven’t made any decisions yet in terms of how long the board is going to be and the exact order.”

“I think we are looking for a major league signing,” Elias said. “I wouldn’t say anything’s picked up steam yet and there are some major trade guys out there in the catching market, not that they’re fits for us because we have Rutschman as a starter. I think perhaps the catching market in free agency won’t take fully shape until some of those trades either happen or become clear that they’re not going to happen.”

Notes: The Orioles will draft 17th in next summer’s draft. The Pittsburgh Pirates won the first draft lottery. Washington drafts second and Detroit third. … Infielder Josh Lester was signed to a minor league contract. He had five hitless at-bats for the Tigers in 2022. Lester, a left-handed corner infielder, hit .246 with 29 home runs and 99 RBIs for Triple-A Toledo last season.