What Orioles' 40-man additions can contribute in '23; Hyde deserved Manager of the Year - BaltimoreBaseball.com 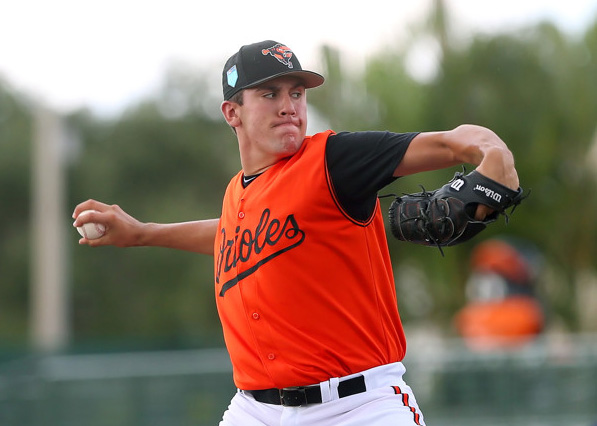 There weren’t any real surprises in the additions the Orioles made to their 40-man roster on Tuesday. It was a given that baseball’s top pitching prospect, Grayson Rodriguez, and infielder Joey Ortiz were going to be added.

Left-hander Drew Rom’s inclusion was expected and, despite the likelihood of missing the entire 2023 season because of Tommy John surgery, Seth Johnson was a favorite to land on the 40-man roster. Johnson, who was obtained from Tampa Bay in the August 1st trade that sent Trey Mancini to Houston, was the 40th overall pick by the Rays in 2019 and, if the Orioles were going to trade for him, they were going to make sure they protected him.

He’ll be removed from the 40-man roster and placed on the 60-day injured list during spring training. Johnson had Tommy John surgery shortly after the trade.

Besides the four prospects, the Orioles added right-hander Noah Denoyer, who was sent to the Arizona Fall League. A year ago, they sent another relative unknown, Logan Gillaspie, to the fall league and he was added to the 40-man roster and pitched in 17 games for the Orioles with a 3.12 ERA.

Denoyer is a 24-year-old who was signed as an undrafted free agent after pitching in junior college and summer wood bat leagues in the Upper Midwest. He was 5-2 with a 2.89 ERA in 21 games, five starts for Double-A Bowie, High-A Aberdeen and the Florida Complex League Orioles. Denoyer’s most impressive stat is his strikeout to walk ratio: 99/17 in 71 2/3 innings.

The Orioles’ bullpen was excellent in 2023, but repeating that success may be difficult, and fresh arms are going to be needed.

Like Gillaspie, Denoyer hadn’t pitched in Triple-A when he was placed on the 40-man roster and could start the season with Norfolk, but if he pitches well, he’ll get an opportunity with the Orioles.

Rodriguez will compete for a starting spot in spring training. Rom, who was 7-2 with a 4.37 ERA in 19 games at Bowie and 1-1 with a 4.54 ERA in seven starts with Norfolk, is likely to return to the Tides to begin the season but could find his way to Baltimore early in the season.

Ortiz’s place on the 2023 Orioles is hard to predict. After hitting .269 with 15 home runs and 71 RBIs and a .792 OPS at Bowie, Ortiz hit .346 with four homers and 14 RBIs and a .967 OPS in a 26-game stint with Norfolk. He has played mostly shortstop in the minors but played 26 games at second base last year. The Orioles could give Ortiz and Jordan Westburg, their minor league player of the year, looks at second base and shortstop during spring training.

The Orioles probably will lose a player or two in the Rule 5 draft. Catcher Maverick Handley could be a loss, but he’s never played above Double-A and it’s difficult for catchers to play in the majors without Triple-A experience.

It’s easier to hold a roster spot for an entire season for a reliever or infielder than it is a catcher, so it’s possible that Handley remains with the Orioles or is returned during spring training or the 2023 season.

The Orioles have 39 players on the 40-man roster and could participate in the Rule 5 draft.

If the award were based on stats, the Orioles’ 31-game improvement in 2022 under Brandon Hyde would have convinced enough voters that he deserved the award.

Terry Francona, who won his third award as manager of the Cleveland Guardians, did an excellent job, too. The Guardians won the American League Central going away.

When the Orioles left Cleveland on September 1st after winning two of three at Progressive Field, the Guardians led the AL Central by a game. They won the division by 11. The Orioles had to compete in the much tougher American League East.

Francona missed most of the 2021 season because of illness, and Cleveland was 80-82.

Much was made of Francona managing baseball’s youngest team. The Orioles were tied for the fifth youngest, but Francona had a veteran third baseman in José Ramirez and more established starters in Shane Bieber, Triston McKenzie and Cal Quantrill than the Orioles.

Hyde concocted a successful bullpen mix even after his two most veteran relievers, Tanner Scott and Cole Sulser, were traded just before the season, and lost his best starter, John Means, after just two starts.

With Means and Rodriguez, who lost three crucial months because of a lat injury when he was about to be called up to the Orioles, non-factors, Hyde coaxed a winning record out of a team expected to lose 95 or more games.

Francona had the advantage because he’s known for his excellence in managing, and he’s a likely and deserving Hall of Famer, but Hyde did a better job this year.