The offseason work begins now for the Orioles - BaltimoreBaseball.com 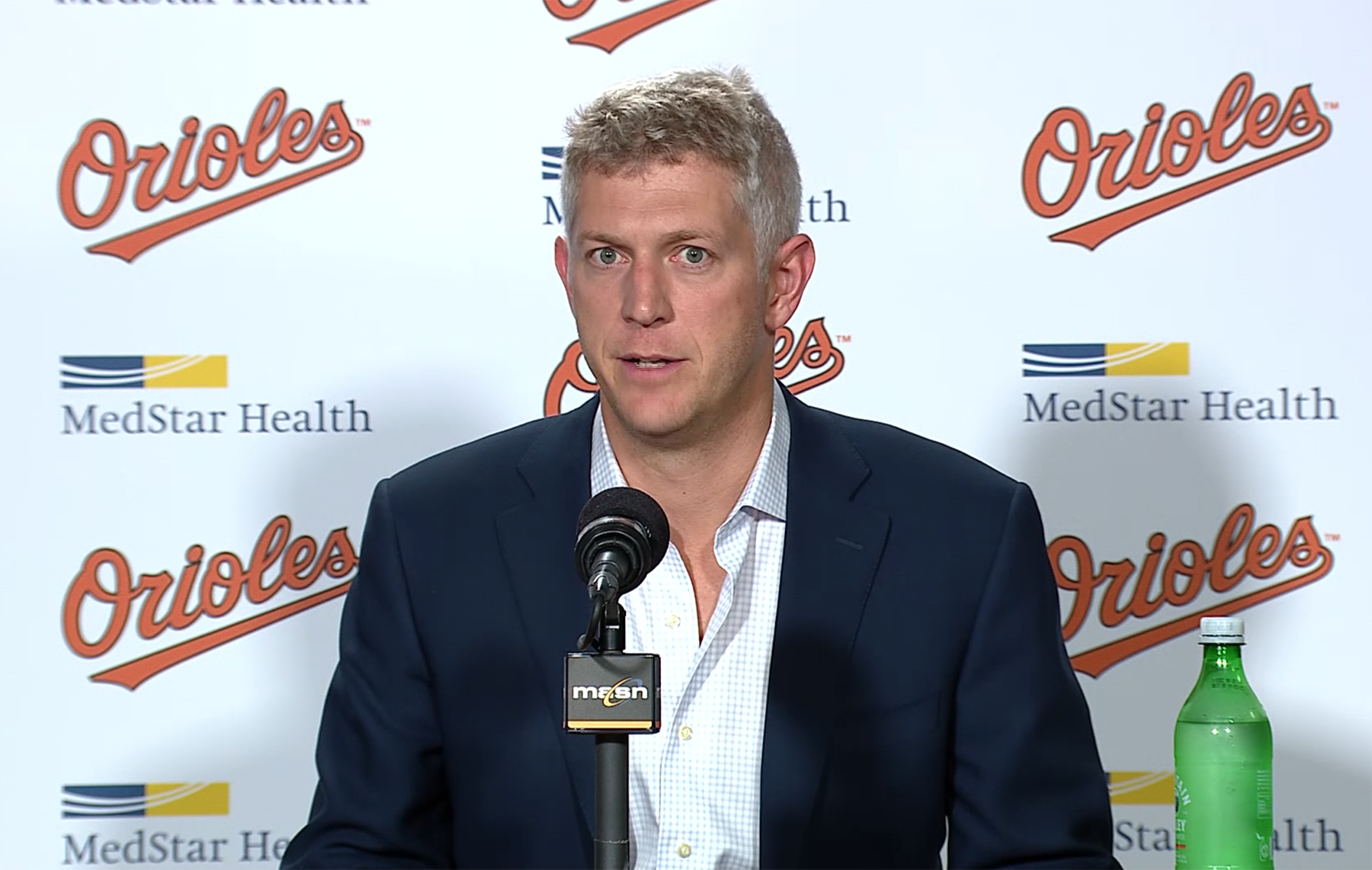 Now that an exciting and tense World Series is over, it’s time for the business of constructing the 2023 Orioles.

That business began on Sunday when first baseman/designated hitter Jesús Aguilar, catcher Robinson Chirinos and second baseman Rougned Odor were removed from the 40-man roster. None is expected to return.

Ten days ago, the Orioles had six catchers on their 40-man roster, but Aramis Garcia, who was claimed off waivers from Cincinnati, was outrighted and declared for free agency.

Besides Adley Rutschman, Cam Gallagher and Mark Kolozsvary remain on the 40-man roster.

Gallagher, who was claimed off waivers from San Diego in September, is eligible for arbitration, and Kolozsvary was claimed concurrently from the Reds along with Garcia on October 14th.

Starting pitcher John Means remains on the 60-day injured list after Tommy John surgery, so for now, the 40-man roster is at 35.

By Thursday, five days after the World Series, the Orioles must decide whether to pick up the $11 million option of right-hander Jordan Lyles.

Monday will bring the announcement of the finalists for the Rookie of the Year, Manager of the Year, Cy Young Award and Most Valuable Player.

These votes were due before the first pitch of the postseason began on October 7th, so shortstop Jeremy Peña’s postseason heroics for Houston won’t be taken into consideration. Peña was named the Most Valuable Player in the Americna League Championship Series and the World Series.

Last Friday, the Players’ Choice awards were announced. Rutschman lost out to Seattle’s Julio Rodriguez for American League Most Outstanding Rookie, and Steve Rogers beat out Brooks Robinson for the Curt Flood award.

On Thursday, the Silver Slugger awards are announced. Rutschman is one of four catchers nominated. Anthony Santander is one of 10 outfielders.

On Tuesday, the General Manager’s Meetings will begin in Las Vegas. They run through Thursday morning. General manager Mike Elias can begin to discuss trades with his colleagues and meet with agents to begin preliminary discussions on free agents.

The Winter Meetings in San Diego are from December 4th-7th.

Besides the announcements of awards, next week promises to be busy as well.

The Orioles must decide on which young players they’d like to protect from the Rule 5 draft by November 15th, so it’s likely they’ll make a few more cuts from the 40-man roster before then.

Grayson Rodriguez, the best pitching prospect in baseball, must be protected. Infielder Joey Ortiz, left-handed pitcher Drew Rom and right-hander Seth Johnson are expected to be protected. Johnson, who underwent Tommy John surgery in August, was obtained from Tampa Bay in the three-way deal that sent Trey Mancini to Houston.

Contracts must be tendered to arbitration-eligible players by November 18th.

On Friday, the Orioles signed outfielder Jake Cave to a contract for 2023, avoiding arbitration.

It’s possible that Gallagher and Voth could be signed ahead of time to avoid arbitration.

World Series thoughts: Ever since the Orioles season ended on October 5th, I’ve watched hours of the postseason, and enjoyed the games.

There were strong storylines — the Phillies as unlikely National League champions, Dusty Baker’s quest for his first World Series title as a manager, and former Oriole Trey Mancini getting a World Series ring.

Each game had a fun aspect. The Phillies’ comeback in Game 1 and their power outburst in Game 3. The combined no-hitter in Game 4, Justin Verlander’s win in Game 5, and Yordan Alvarez’s mammoth home run in Game 6.

While Peña won the MVP, pitcher Framber Valdez’s dominance in Games 2 and 6 was magnificent to watch.

It was a tight, tense World Series, and just what baseball needed after the lockout that delayed the season after threatening it.

With all the news the Orioles could produce in the offseason, the winter could fly by. Pitchers and catchers report date hasn’t been set, but it’ll be barely three months from now.

The Los Angeles Dodgers at 11/2 and Houston Astros (7/1) are the favorites. Last year, the Astros were 13/2 and the Philadelphia Phillies were 28/1.