Orioles' Hyde deserves to be Manager of the Year - BaltimoreBaseball.com 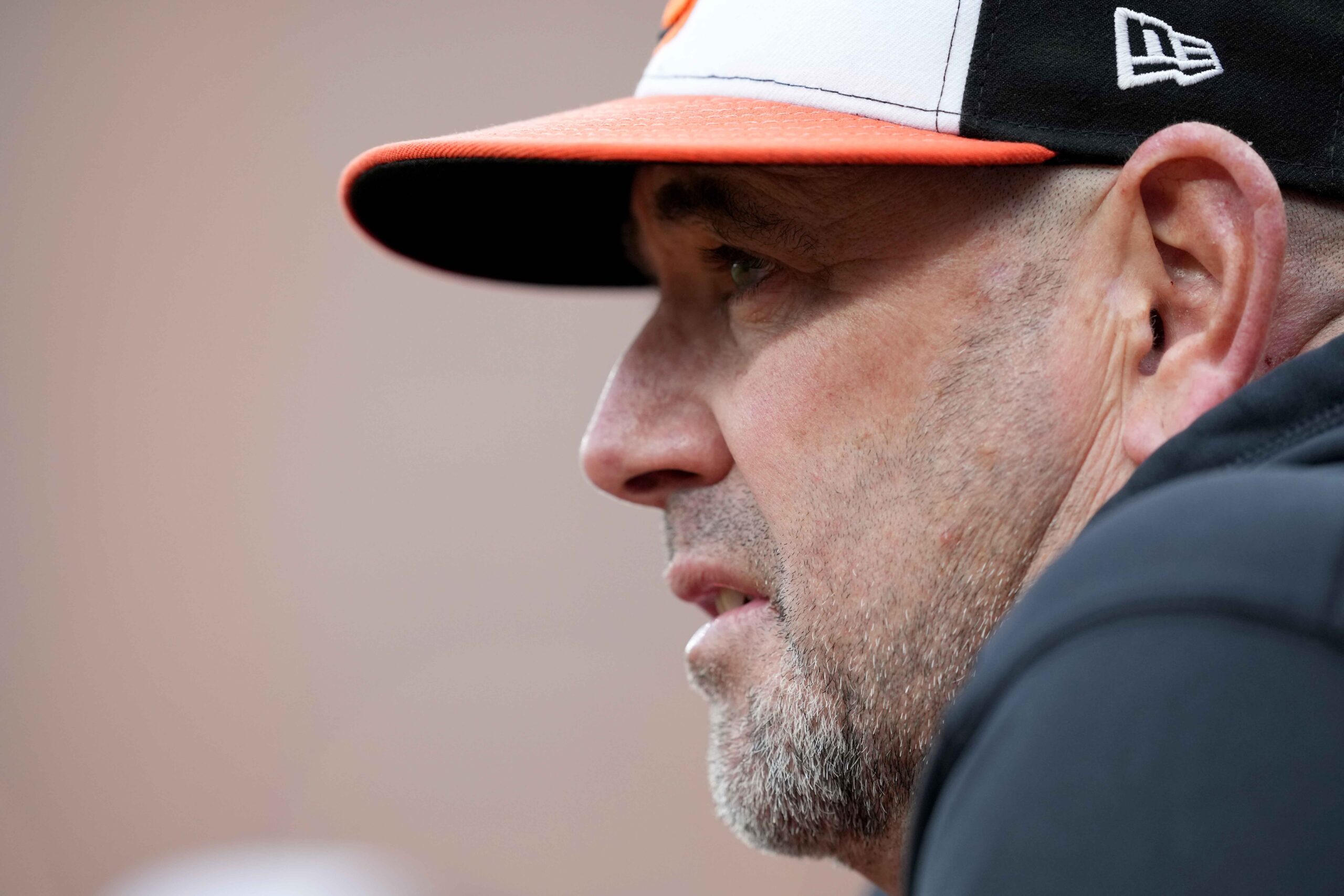 During Wednesday’s end-of-season news conference, executive vice president/general manager Mike Elias turned to manager Brandon Hyde and said, “I think we have the Manager of the Year candidate here sitting next to me.”

Hyde has made an excellent case to win the award. The Orioles won 83 games, their most since 2016, and improved their 2021 record by a whopping 31 games

Before the season, most oddsmakers thought the Orioles would improve, but not by much. BetOnline forecast they’d win just 62 ½ games. Their 20-½ game outperformance was the best in baseball.

Losing 100 games twice in three seasons can be a traumatic experience for a manager, particularly a first-time manager. Combined with the difficulties of dealing with the pandemic and losing his best player, Trey Mancini, to colon cancer in 2020, Hyde has been able to stay positive in the worst of times.

“I’m lucky to have the coaches that I have around me, the front office support, a good group of players, good guys. I think that’s really helpful. I’ve had hardly any clubhouse issues. Sometimes, you have good teams that you’re dealing with something on a daily basis in the clubhouse. I’ve not had that. I’ve had easy guys to coach, so easy guys to pull for, and just a lot of support from friends, family, people around the league.”

Before he came to the Orioles, Hyde was a coach for the Chicago Cubs and watched as they improved quickly and won the World Series in 2016. Two years later, he was interviewed by several other teams, and chosen by Elias in December 2018.

At the time, Elias said he hoped his new manager would be with the Orioles for a long time, but the conventional wisdom was that perhaps Hyde would be there for a few years and then when the team began improving, they’d move on to a different manager.

A funny thing happened. The Orioles began improving markedly in 2022, and are expected to be a contender for the near future.

“I think that this is the year that people are noticing what a talented manager we have in Baltimore,” Elias said. “For me, this has been four years. He’s been working with the front office to build the entire organization, so this isn’t something that’s new for me in 2022 but, obviously, he’s gotten national attention, and rightfully so for the performance of the team. For me, I think the style of play that we see from these players, and so I think this is a good year for him to win it. But in my mind, it’s for the last four years and, hopefully, many more.”

He lost his best pitcher, John Means, to Tommy John surgery after just two starts, and the team’s best pitching prospect, Grayson Rodriguez, never pitched for the Orioles after missing three months because of a lat strain.

“Hyder was been amazing. Definitely manager of the year in my eyes,” he said. “Easy to talk to. Hard to tell that from the outside. He looks grumpy all the time. He’s been amazing. He leans on his players to make a lot of decisions that go on in his clubhouse. Definitely what they say, a players’ coach or a players’ manager.

“He’s been amazing. His door is always open. A lot of people say that, sometimes it’s not true. It’s definitely true with him. There’s an open dialogue. Any time you want to talk to him, baseball or not. It’s been really good.”

Lyles, 31, has played for many managers with his seven teams in 12 major league seasons, but some of his less experienced players spoke highly of Hyde as well.

“He’s awesome,” 21-year-old rookie Gunnar Henderson said. “Didn’t know what to expect coming up because I got to spend just a little time with him in early spring training camp. Got up here, he’s a great players’ coach, and I really enjoy playing for him. During the game if he sees something … I think I was looking like I was pressing. He walked by and said, ‘Take a deep breath. Take a step back and take a deep breath.’ He sees it and he’ll let you know about it. If he sees something and it’s out of place, he’ll let you know.”

For starting pitcher Tyler Wells, 28, Hyde has been his introduction to the major leagues.

“Seeing his attention to detail, his care for players,” he said. “He pays close attention to the small things. He asks how we’re doing. He asks how we’re feeling. He always wants to make sure that we’re on top of ourselves, and he’s on top of it to be able to make educated decisions during the game. It’s truly been incredible to watch and truly been incredible to learn from.

“He’s provided a lot of insight for me, especially this year with the transition [from reliever] to starter after talking to him multiple times about guys like Jon Lester and John Lackey with the Cubs and being able to take things like they did and apply it to myself. It truly is an incredible sight to see whenever you have a guy who has a lot of experience, a lot of wisdom coaching and being able to see that blossom this year with a lot of the young talent that we had coming up, and seeing how personable he is, seeing how much the guys enjoy playing behind him and on top of that, being a great person … We’re very lucky to have him.”

Hyde never came close to making the majors as a player. In four minor league seasons as a backup catcher, he played in only 183 games. But despite not playing at the highest level, he has been able to connect with those who have.

The Orioles aren’t well known to fans around the country. They weren’t on FOX this season and made one ESPN appearance when they played in the Little League Classic in August.

That will change next season. During last Saturday night’s Mets-Braves game, FOX’s John Smoltz said that he thought the AL Manager of the Year was going to come from either Cleveland or Seattle. Fortunately, the voters for the award have seen the Orioles play, and people around the game know Hyde.

“A lot of managers around the league have always said nice things to keep my spirits up, but really in-house here, I’m extremely tight with [major league field coordinator/ catching instructor] Tim Cossins. Cos helps me on a daily basis and helped a lot on a daily basis through those tough times as well as the other coaches.”

Elias has never wavered in his support for Hyde, especially during those early tough seasons.

“From my standpoint and impressions, we’re honest with the players,” Elias said. “We communicate with them. We try to provide a supportive atmosphere. Obviously, you’re not lovey-dovey all the time. Guys need to hear the truth, but if you’re honest with them, and they understand that you’re aligned with their best interests, I think it creates an atmosphere where they want to play for you, and Brandon does a great job with that.”

Tate joins Team USA: Relief pitcher Dillon Tate, who led the Orioles with 67 appearances, has been named to Team USA for the 2023 World Baseball Classic. Tate was 4-4 with a 3.05 earned-run average and five saves. The 28-year-old right-hander joins centerfielder Cedric Mullins on Team USA. Earlier this week, pitcher Dean Kremer was named a starter for Team Israel.

Bemboom selected, Castro designated: The Orioles selected the contract of catcher Anthony Bemboom from Triple-A Norfolk and designated right-handed pitcher Anthony Castro for assignment. Bemboom, 32, batted .115 with a home run in 22 games for the Orioles and threw out three of eight runners attempting to steal. He was cut from the team when rookie Adley Rutschman arrived on May 21st and hit .228 with three home runs and 15 RBIs in 34 games for Triple-A Norfolk. Castro was claimed off waivers from Cleveland on September 3rd but never played for the Orioles.