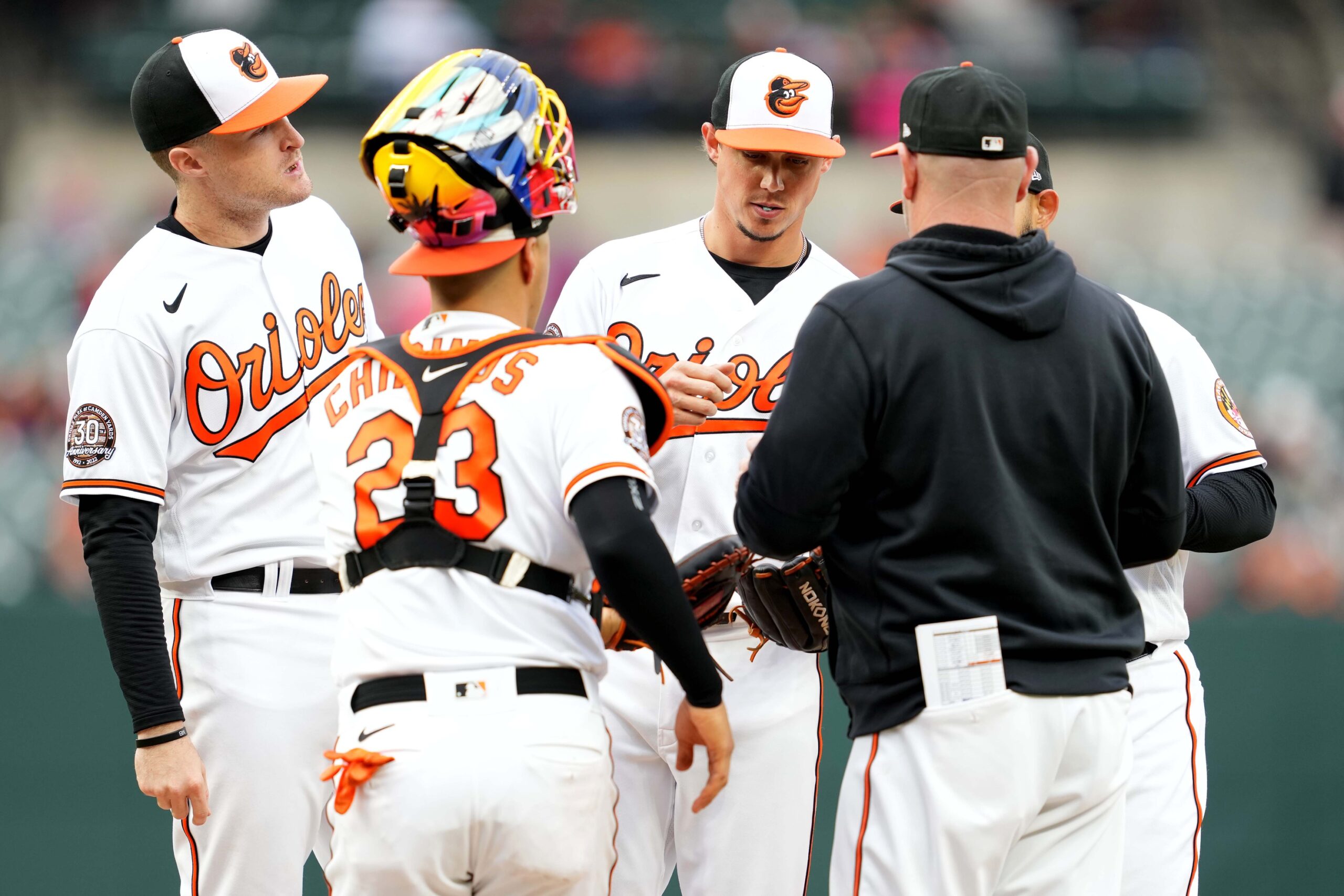 BALTIMORE—The 2022 season, one of the most exciting in recent Orioles’ history, is over. There were the thrilling debuts of Adley Rutschman and Gunnar Henderson, a 10-game winning streak and two months of outstanding baseball that had fans dreaming of a wild-card berth.

Before the season could end, the Orioles and Toronto Blue Jays had to play a makeup doubleheader because of a Tuesday rainout, and after the Orioles won the first game, 5-4, on Terrin Vavra’s three-run home run in the eighth inning, they lost the second game to the playoff-bound Blue Jays, 5-1, before an announced crowd of 17,248 at Camden Yards on Wednesday.

At the end of the game, the Orioles came onto the field to applaud the fans, who had given them a standing ovation.

“I thought it was a classy move on their part and shows the appreciation for the effort that our guys put in this year,” manager Brandon Hyde said. “Nice to see our guys acknowledge that, as well. I thought it was an extremely cool moment, but thank you to all the fans for the support this year and, unfortunately, we couldn’t end it with a win in this last game of the year. We really appreciate how they came out this year, and we know there’s an excitement about this team going forward. We felt that.”

The Orioles finished at 83-79, winning an astonishing 31 more games than they had in 2021, and they’ll look forward to reporting to Sarasota in just over four months with high hopes for 2023.

While there were many positive developments, their 34-42 record against the American League East cost them a playoff berth. They lost the season series against each of the other four AL East teams.

Next season, the new schedule reduces the number of games the Orioles play against the Blue Jays, Rays, Red Sox and Yankees, and perhaps that can help push them into the postseason for the first time since 2016.

Spenser Watkins started and allowed a run in 3 1/3 innings. A fielder’s choice by Danny Jansen scored Bo Bichette in the first.

Back-to-back doubles by Jesús Aguilar and Kyle Stowers in the sixth tied the score at 1. Stowers’ hit was the final one for the Orioles, who had only four in the game.

“Although we were out of the playoffs by this point today, obviously everyone still wants to play well and finish strong,” Stowers said. “We would have liked it a lot more if we were able to come up with a win at the end.”

Yennier Cano (1-1) who retired his first six batters, gave up a single to Gabriel Moreno to start the seventh, and Cionel Pérez struck out Jackie Bradley Jr. Bradley Zimmer bounced back to Pérez, whose throw sailed into center field, allowing Moreno to reach third. Zimmer stole second, and Moreno and Zimmer scored on a single by Otto López to give Toronto (92-70) a 3-1 lead.

Dillon Tate loaded the bases on three walks after he retired the first two batters of the eighth, and a two-run single by Zimmer against Beau Sulser made it 5-1.

“Really enjoyed this team, really enjoyed the summer but, unfortunately, it comes to an end,” Hyde said. “I’m looking forward to next year, as well.”

In the clubhouse after the game, there were hugs, handshakes and group photos amid the large cardboard boxes of equipment ready to be shipped. There was something else, the buzz from the players was like it is after a postseason victory.

“I think that’s the best part about this group is we’re in it together,” Vavra said “We want the best for each other, and that’s pretty special, especially in this sport and this industry. There’s a lot of selfishness that goes on. I think this clubhouse keeps clear of that. I think that’s what ultimately let us have a successful season.”

In his first season as a major leaguer, Vavra was appreciative of the ovation at the end of the game.

“The fans are everything here,” Vavra said. “They’re what drives us. Hopefully, next year, when we’re in the playoff race, we’re going to need them at this time of the year when it gets tough and being able to feel their presence until the last out was pretty cool.”

Earlier in the day, Elias addressed a number of topics in a news conference:

On adding players: “This is a very attractive free-agent destination now,” Elias said. “We hear great compliments from our players about the clubhouse environment that Brandon has built, about the way that our players get better here and have really put that on display here. It’s a great town. It’s a great ballpark. It’s now a great place to pitch, and I think we’re going to have a lot of players want to come join this team.

“It was a really fun vibe all year long. The whole world got to see it … I expect we’re going to have a lot of interest in guys wanting to join this group.”

On Rodriguez: There seemed to be a possibility that top pitching prospect Grayson Rodriguez, who missed three months because of a lat strain, would pitch on Wednesday in the final game of the season.

“Grayson had a very unfortunately timed injury,” Elias said. “I’m very proud of the way that he got over that, and he got over that on the compressed side of the time frame, probably as quick as possible, so everything’s looking great there. With an injury like he had, it’s still something to be mindful of even at this moment in time. I think he’s going to have it way in the rearview mirror when he comes into spring training … and I hope he makes our Opening Day rotation. I think that’s a very high likelihood.”

On trading prospects: “I think we’re going to have to if we want to import players [by] trade,” he said. “I don’t know if we’re going to get it done without sending any prospects. I really like the players we’ve been drafting, and developing and been trading for, but this is part of the business, and that’s why you amass such depth in your organization.

“You can’t keep everybody and you also can’t play everybody. We want to keep stacking good players and good drafts and good international development so that we’re able to use our players because we don’t have the same amount of money as the Yankees. There’s going to be times when our richness in players is going to be what we need to lean into in order to win up here.”