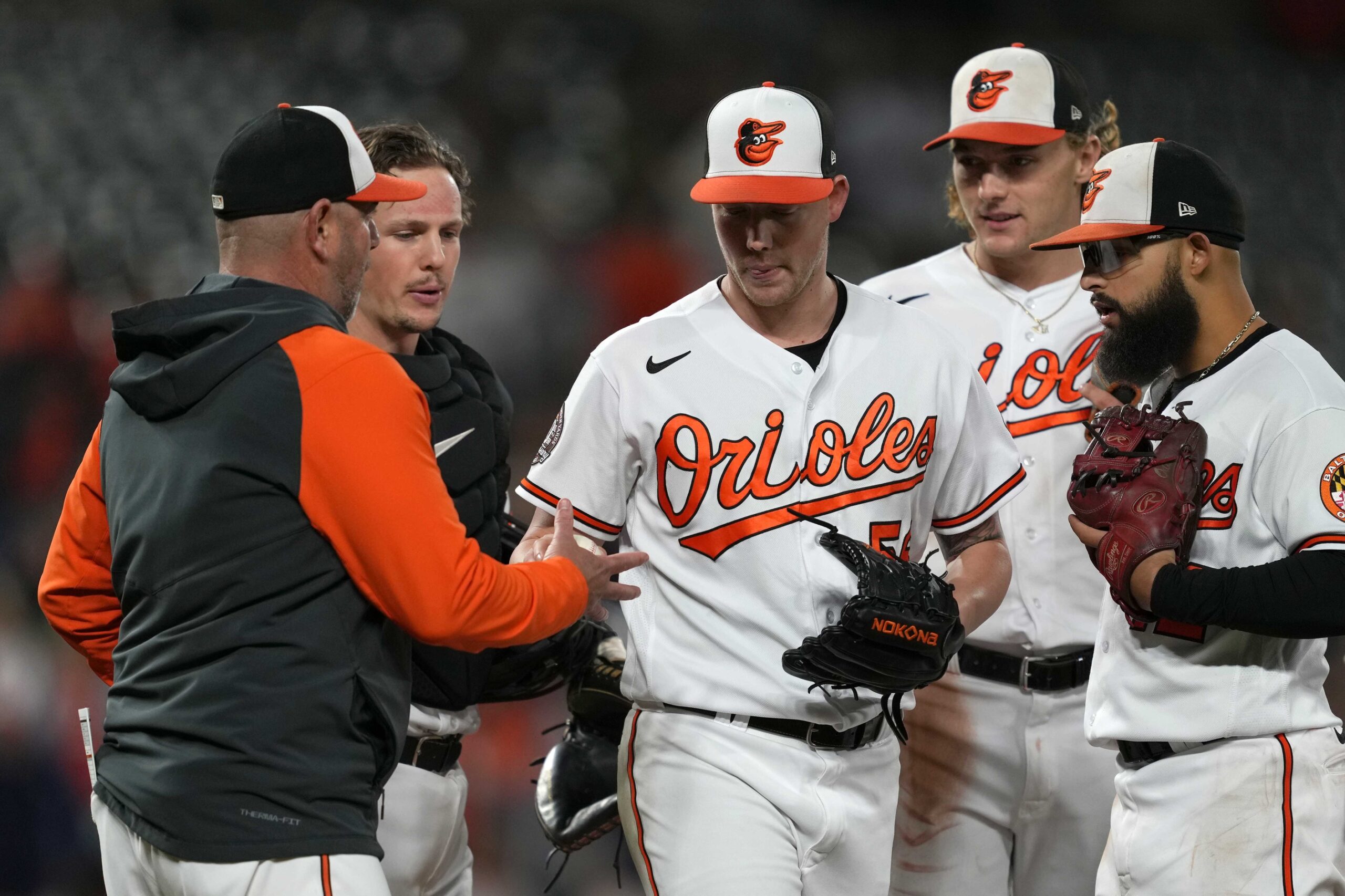 BALTIMORE—The Orioles begin Saturday trailing the Seattle Mariners by three games for the third and final wild-card spot. However, since the Mariners won the season series, they would go to the playoffs if both teams finish with identical records.

Tampa Bay and Toronto, who play each other this weekend, are 4 ½ games ahead. Seattle is at Kansas City.

After Saturday and Sunday’s games against Houston, the Orioles have four games at Boston and three at New York before concluding the regular season with three games against Toronto at Camden Yards October 3rd-5th.

“It changes every night, I feel like,” Hyde said about the teams the Orioles are chasing. “It’s not hard to watch. I’m just really happy how we’ve played the last three games and how well we’ve pitched, especially. We’ve beaten a great team the last two nights and take it day-by-day and see where we are.”

The Orioles have gotten three straight exceptional efforts from their starters. Jordan Lyles pitched a complete-game three-hitter against Detroit on Wednesday after the Tigers had won the first two games of the series. Kyle Bradish shut out Houston on two hits for 8 2/3 innings on Thursday night; closer Félix Bautista recorded the final out. Dean Kremer followed with a four-hit complete-game shutout against the Astros on Friday night.

“I’m hoping we get some help along the way,” Hyde said. “We’re going to need it. We’re trying to win as many series as we can.”

The Orioles need to win three of their final 12 games to finish with their first winning record since 2016.

“Definitely think you want to finish with a winning record, and that is important,” Hyde said. “I’m hoping we don’t stop at 82. I want to win as many games as we can towards the end of the year, see where we are at the end.”

Thanks, Brooks: Before Saturday’s game, Hall of Fame third baseman Brooks Robinson was driven around the ballpark and waved to fans just as he did at Memorial Stadium in 1977, the year he retired.

The car stopped when Astros manager Dusty Baker and third baseman Alex Bregman came out of the dugout to greet Robinson. When he got out of the car, Robinson went to the mound with Hyde and threw out the first pitch to Gunnar Henderson.

Though Hyde was too young to see Robinson play, he cherishes his time with Brooks.

“The day I was hired, he was in the manager’s office. I met him for the first time,” Hyde said. “In the press conference, he was sitting in the first row with my family, and he was so nice to me and my family. It was a great impression, this legend, how open he was, how friendly and welcoming. I’ll always remember that.”

“We’re very fortunate to do what we do,” Hyde said. “One of the unbelievable things is we get to meet unbelievable people along the way. Meeting people like Brooks and Eddie Murray, Cal, those are special moments for me and for our players and coaches, everybody involved. Those are legends. Those are heroes. I’ve been really fortunate in my years to meet some really cool people.”

Means visits Orioles: Left-hander John Means has been around the team this weekend, as he has done periodically since he had Tommy John surgery in late April. He sat with the other starting pitchers on Friday night as they watched Kremer’s performance.

“The rehabbing is going extremely well,” Hyde said. “He’s in great spirits, good to see him in the weight room here. He looks great and he’s really happy with how it’s progressing. Always great to have him back.”

Notes: Gunnar Henderson is not in the starting lineup against left-hander Framber Valdez. … Ramón Urías is back in the lineup after missing Friday  night’s game because of back spasms. … Trey Mancini, who’s 1-for-16 with eight strikeouts against the Orioles, isn’t in the lineup for Houston.