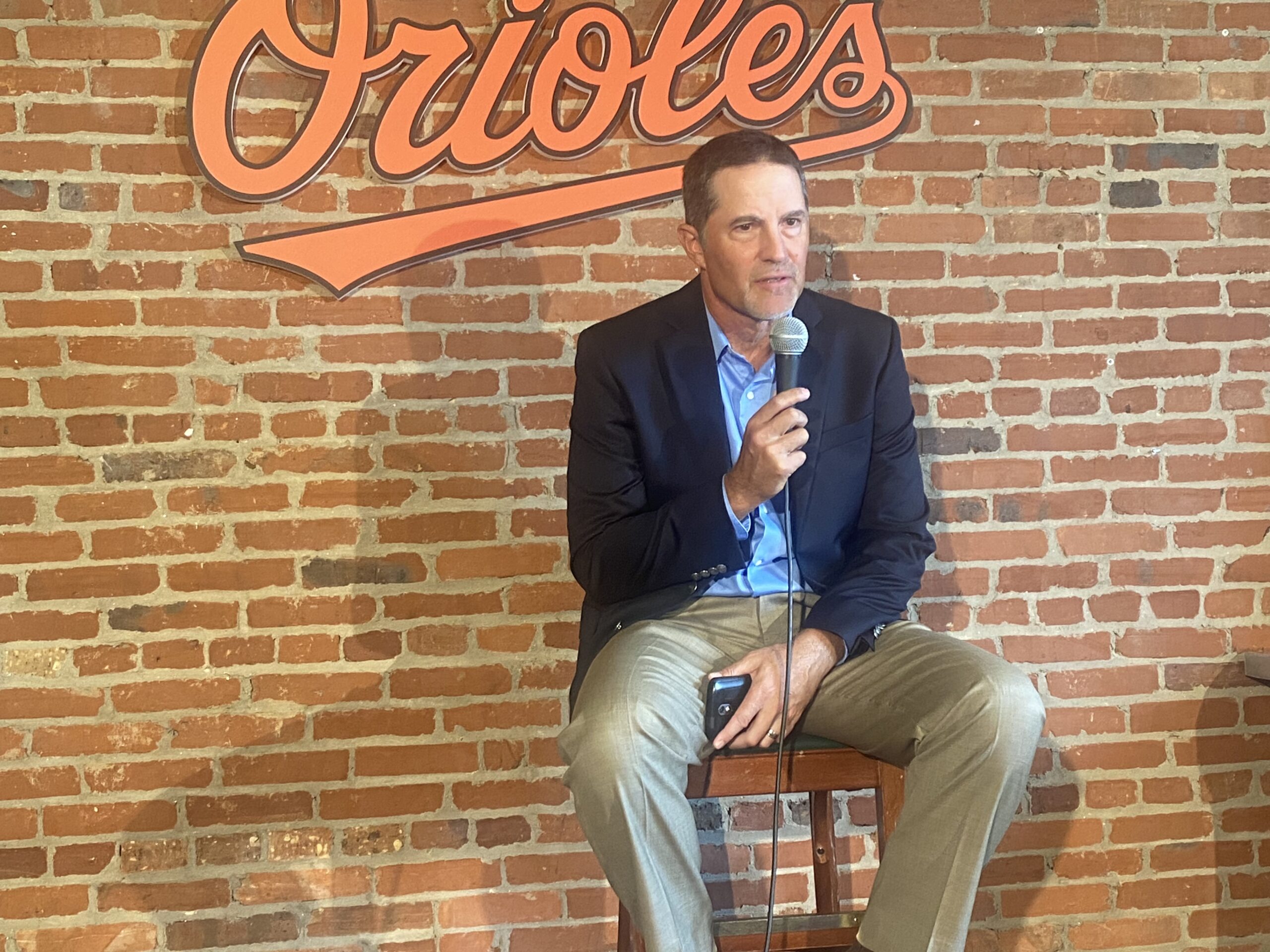 BALTIMORE—Mike Mussina doesn’t make many trips back to Baltimore, and he doesn’t watch much baseball. He’s back this weekend to celebrate the 30th anniversary of Oriole Park at Camden Yards.

The Orioles have not thrown a no-hitter at Camden Yards, but Mussina came closest, pitching 8 1/3 perfect innings against Cleveland on May 30th, 1997. Sandy Alomar’s single ended Mussina’s bid for perfection.

“No, I don’t think about it too much,” Mussina said on Friday. “I had a couple of opportunities to throw no-hitters and perfect games, but it didn’t work out. I hoped that I wouldn’t be defined by one game, even if it had worked out like that.”

Mussina, who began his Hall of Fame career with the Orioles late in the 1991 season when the team played at Memorial Stadium, pitched for the Orioles at Camden Yards from 1992-2000 before leaving for the New York Yankees.

“I’m proud of what I was able to do for 18 years. The 10 years I spent here were great years,” Mussina said. “We won a lot of games and thrilled a lot of fans and made a couple of playoff runs. It was exciting a lot of those years, and I really enjoyed it.”

Mussina is being joined this weekend by other former Orioles who played in landmark games in the park’s 30 years. Rick Sutcliffe threw a five-hit shutout against Cleveland in the first game at Camden Yards, on April 6th, 1992.

“The enthusiasm was off the charts,” Sutcliffe said. “The fans would applaud a great play. They knew the game of baseball, and I just remembered that about that crowd there.

“Memorial Stadium wasn’t beautiful, the clubhouses. There were a lot of things that had a lot to be desired. I don’t think there was anything about this ballpark that they didn’t think of. Now, those fans that were here 30 years ago, they’ve got an exciting team to watch again.”

Robert Andino is back this weekend, too. Andino delivered one of the most memorable hits in the park’s history when he singled against the Boston Red Sox on September 28th, 2011, knocking the Red Sox out of the playoffs.

Another infielder, Jeff Reboulet, is back, too. Reboulet is mostly remembered for his first-inning home run against Seattle’s Randy Johnson in the first inning of Game 4 of the American League Division Series.

“Thank God I did that. I don’t think anyone would know I played, “Reboulet said.

Rodrigo López, who started three Opening Day games and his teammate, Jay Gibbons, who won the Most Valuable Oriole award in 2003 are also here. Their time with the ballclub coincided with the streak of 14 consecutive losing seasons, which ran from 1998-2011.

Gibbons and López still have warm memories of the ballpark.

“The friendships I made over the years here, teammates, non-teammates. I got to play baseball for a living. I got to go to the park every day and hit a ball,” Gibbons said. “I had fun, win or lose. We had fun in the clubhouse. We had fun on the field. We went out there and we played as hard as we could.

“We played in a tough division, tough times. I never really think of it like that. I have positive thoughts. A lot of it is luck, who you’re playing. I’ve got a couple of friends, they’ve got a couple of World Series rings, end of their career.”

López was voted Most Valuable Oriole as a rookie in 2002.

Thirty years of games hasn’t made the ballpark any less attractive.

“It looked the way it did when we first got here,” Sutcliffe said.

“When you’re an athlete and you do this, it’s hard to believe how fast the years go,” Mussina said. “To come back down here and think that the stadium is 30 years old already, it’s pretty crazy.

“It’s still nice to see the place shows as well as it ever has. I know that they’re building new stadiums and doing new things, but it still looks as nice as it ever did.”

Notes: Austin Hays is out of the lineup for the second straight game because of left-side soreness. “I’m feeling better today,” Hays said. “Oblique tightness, soreness, just trying to be careful with it. I don’t want to go out there and blow it out … Those are tricky injuries to try to come back from. It’s nothing super concerning right now.” … Manager Brandon Hyde said that right-hander Tyler Wells, who’s on the 15-day injured list because of lower left-side discomfort, is improving. “He’s feeling a lot better,” Hyde said. “He’s saying a lot of positive things about how he feels. I don’t have a timeline on when the throwing program starts.”