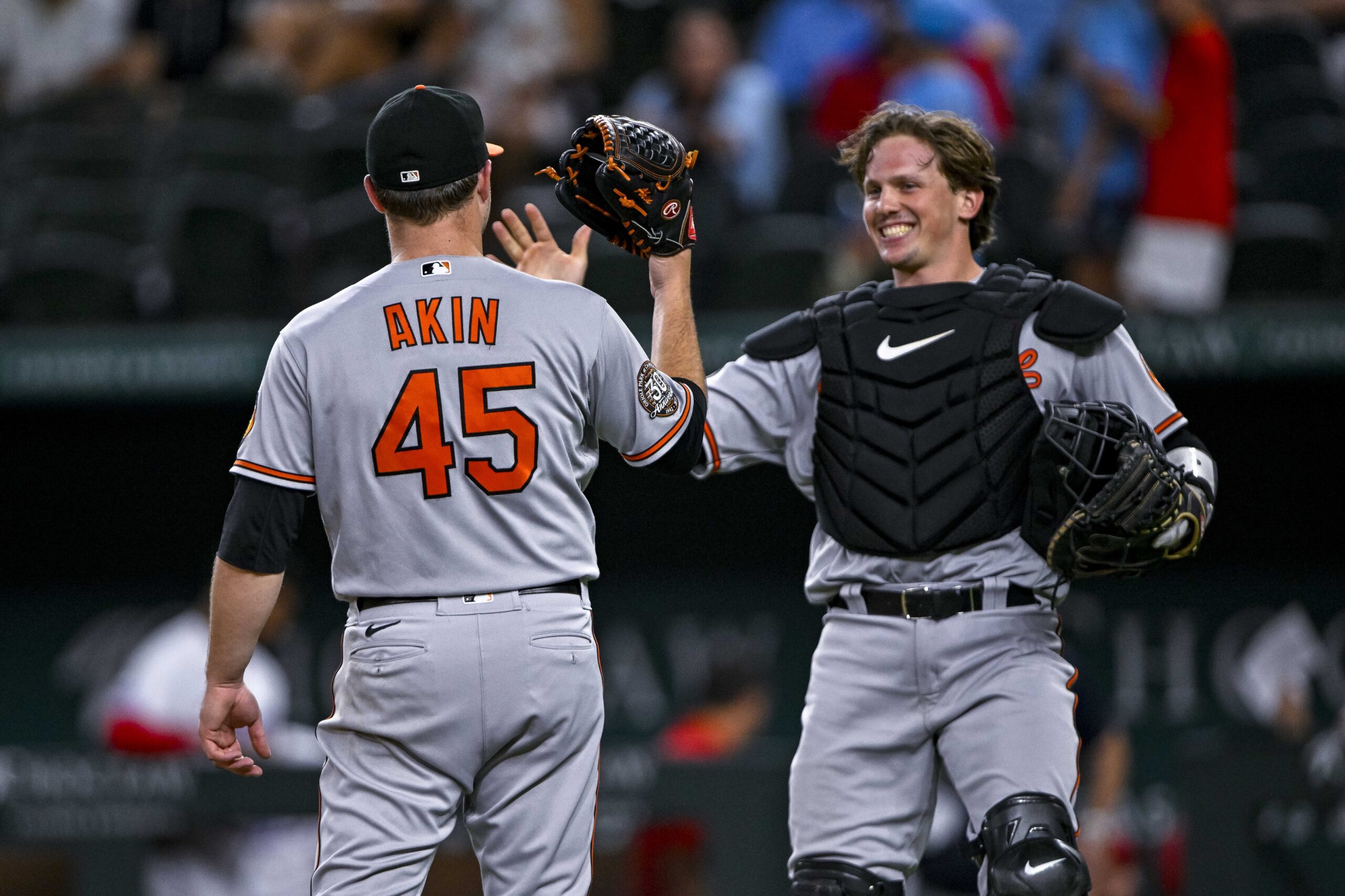 For a team that has been the most surprising one in baseball, the Orioles don’t have a clearcut choice for most valuable player.

There are many players who have contributed to their 54-51 record, but it’s impossible to name one who’s their MVP.

After the first 100 games, closer Jorge López would have been my pick, but he’s in Minnesota.

For those who might have suggested Trey Mancini, he’s in Houston.

Each year, there’s a vote for the Most Valuable Oriole and often there’s a leading candidate. Generally, media members vote a few weeks before the end of the season, and this year that could be difficult.

A year ago, centerfielder Cedric Mullins, who became the first Oriole to hit 30 home runs and steal 30 bases in the same season, was a unanimous choice

Perhaps Mullins could become the first back-to-back winner since Adam Jones in 2011 and 2012.

Mullins’ WAR (Wins Above Replacement) is 2.8, which is the best on the team. His defense has been excellent, and his defensive WAR is .9, far above his .4 in 2021. He has seven assists, equal to last year’s, and he’s yet to commit an error. In 2021, Mullins made six.

Entering the season, outfielder Austin Hays would have been a popular choice, and at times during 2022, he’s looked like the team’s best player.  Hays has been playing with a sore right wrist, and his hitting has suffered. He has 12 home runs and 47 RBIs, but since June 28th, he has hit just one homer and driven in only two runs.

Since the All-Star break, Hays is batting just .158 (6-for-38), and doesn’t look comfortable or confident at the plate.

Hays’ defense has been excellent, too. He suffered the wrist injury making a spectacular, sliding catch on June 23rd at Chicago’s Guaranteed Rate Field. Like Mullins, he has seven outfield assists, and he has made just one error.

In 2020’s pandemic-shortened 60-game season, the Orioles’ third outfielder, Anthony Santander, was the Most Valuable Oriole even though he missed the season’s final three-plus weeks because of an oblique injury.

First baseman Ryan Mountcastle has been in a more extended slump than Urías. In his 26 games since July 1st, Mountcastle has hit .192 (19-for-99) and hasn’t homered since July 3rd. He, too, has expanded his strike zone and appears to be searching.

Jorge Mateo’s outstanding shortstop defense has enabled him to compile a 2.3 WAR, and even with his two home runs in the Orioles’ win at Texas on Tuesday, he’s batting only .216.

Mateo leads the American League with 26 steals in 30 attempts but has walked only 17 times while striking out a team-leading 104 times. His speed at shortstop and at the plate make him a game-changer, though, as he demonstrated again on Wednesday when he walked and stole second to ignite the Orioles’ game-winning rally in the eighth.

Rookie Félix Bautista is now the closer and has a 1.81 ERA and 60 strikeouts in 44 2/3 innings. He has allowed just five hits per nine innings.

There’s another candidate who could emerge as a favorite with a strong August. Catcher Adley Rutschman didn’t debut until May 21st, but he’s provided solid defense.

Last season’s regular catcher, Pedro Severino, who was just designated for assignment by Milwaukee, had a league-leading 10 passed balls and pitchers threw 66 wild pitches in the 109 games he caught.

Rutschman has yet to be charged with a passed ball and pitchers have thrown only nine wild pitches in the 49 games he has caught.

After only 58 games, Rutschman has compiled a 2.5 WAR, trailing only Mullins, and after a slow start offensively, he has a .353 on-base percentage and .799 OPS.

Though he has hit only five home runs, 22 of his 51 hits have been doubles.

No rookie has been voted the Most Valuable Oriole since Rodrigo López in 2002.

In a year with so many choices, the winner might be a player who didn’t even start the season with the team.