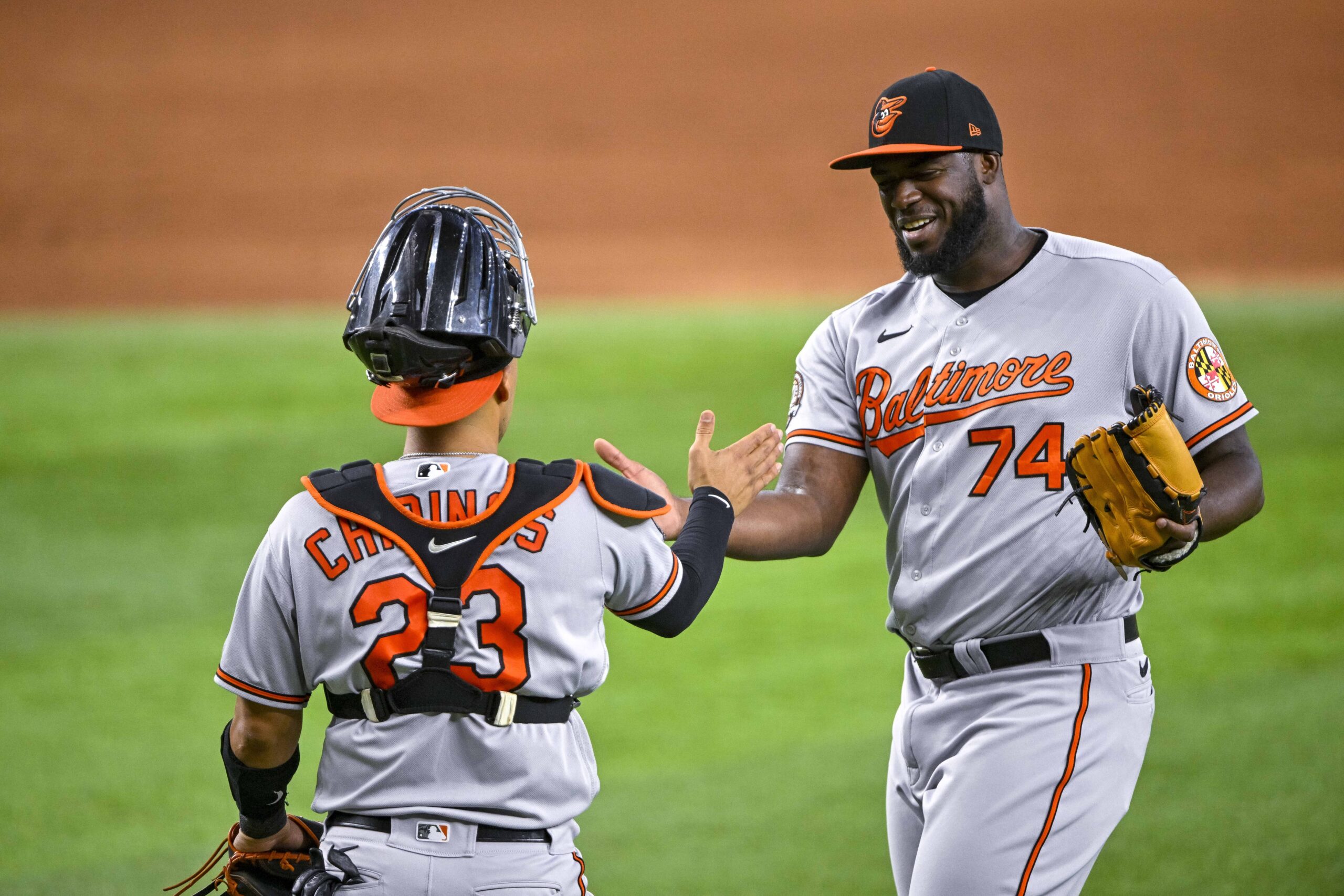 It was a tough matchup for Oriole pitcher Kyle Bradish, starting opposite Texas Rangers left-hander Martín Pérez. Bradish was making his second appearance since coming off the injured list. Pérez was riding a nine-game winning streak.

On a day when he didn’t have his best command, Bradish kept his team in the game, Robinson Chirinos and Ryan McKenna homered, and Terrin Vavra had the game-winning hit as the Orioles defeated the Rangers, 6-3, on Wednesday.

It was Baltimore’s first three-game sweep at Texas since 2013. The Orioles finished their six-game road trip 4-2 and play a three-game series against the Pittsburgh Pirates at Camden Yards beginning Friday.

“We had a lot of guys contribute today and that what’s it takes,” manager Brandon Hyde told reporters in Arlington. “The good teams win differently. I’m really happy with our at-bats the last three innings of the game. Martín Pérez was extremely tough.

“Our guys are playing to win.”

McKenna hit a solo shot that tied the game, 1-1, in the second. Chirinos hit a go-ahead homer in the seventh., but the Rangers tied the game, 2-2, on a home run by Jonah Heim off Dylan Tate.

The Orioles responded in the eighth. Jorge Mateo got the rally started with a walk and then stole second. Rookie pinch-hitter Terrin Vavra delivered a line-drive double to left and scored on a single by Chirinos off José Leclerc (0-1) that provided a 4-2 lead.

“It’s a win, that’s the most important thing,” said Vavra, who drew three walks on Tuesday night. “Obviously, every time I’m at the plate, I’m trying to work a good at-bat and get on base.”

Anthony Santander added another run in the ninth with a double that scored Adley Rutschman and extended his hitting streak to 14 games. A wild pitch by Jonathan Hernández increased the lead to 6-2.

Cionel Pérez (6-1) threw 1 1/3 scoreless innings and Félix Bautista allowed a solo homer to Marcus Semien in the ninth, but that was the only damage.

It was the Orioles’ first sweep of a season series of at least six games against an opponent since 2010 against the Los Angeles Angels.

Rutschman walked three times and has reached base multiple times in 12 of his last 13 games. On Tuesday night, Rutschman became the only player in Major League Baseball history to record at least five home runs, 22 doubles, and 25 walks in his first 57 career games.

Bradish allowed a solo homer to Adolis García in the first. He then walked the bases loaded in the second but got out of the jam with a groundout by Heim. Bradish threw 54 pitches after the first two innings.

He found his command in the next three innings and finished the fifth on just 13 pitches. Bradish allowed one run on three hits, struck out five and walked three in five innings. He threw 93 pitches.

Pérez entered the game ranked eighth in MLB with a 2.52 ERA. After giving up the solo homer to McKenna, Pérez was cruising until he loaded the bases in the fifth. However, he struck out Santander on three pitches to get out of the jam.

Pérez allowed one run, five hits and tied a season-high with nine strikeouts in six innings. He walked three.

Oriole reliever Bryan Baker allowed two runners to reach in the sixth, but Tate got an inning-ending double play that began with a sliding backhand grab by Mateo.

Brett Phillips, who was acquired from Tampa Bay at the trade deadline, made his debut and struck out in his only at-bat.

The weekend series against Pittsburgh will be highlighted by the 30th-anniversary celebration of Camden Yards.